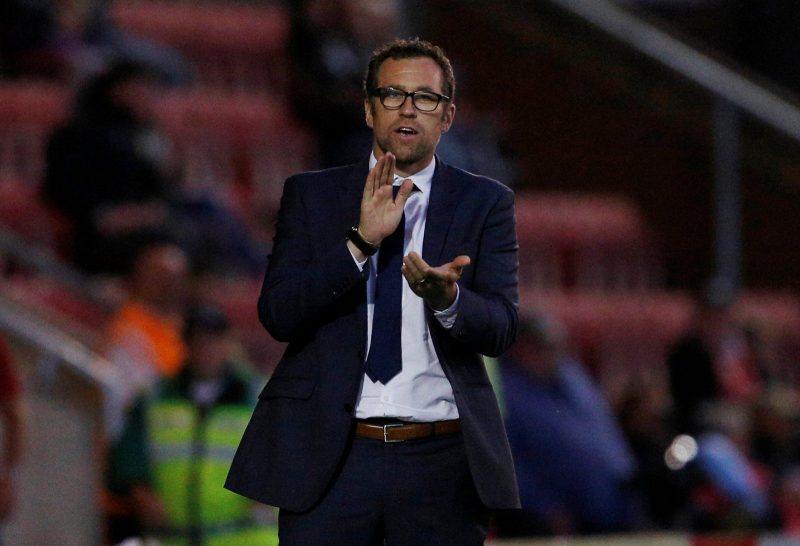 Crewe face Forest Green at Gresty Road this evening with both sides perched just above the League Two drop zone.

The home side come into the match having lost their last two home league games and will be keen to overturn Saturday’s 2-1 defeat to promotion chasing Coventry. David Artell’s side have largely failed to live up to expectations this season and have lost 22 league games (the joint highest in League 2).

Speaking before tonight’s fixture, Alex boss Artell stressed the importance of picking up a crucial three points.“We know we have more than enough in our dressing room to make sure that we are not looking over our shoulders but the league position means we have to be.” said the 37-year-old.

He added, “The games will come thick and fast. There are nine games left and in two weeks, that will be down to five games, so it is a crucial part of the season. We don’t want to be thinking about squeaky bum time. No-one wants that, so we have to make sure we get the points we will need as quickly as possible.”

Crewe are sweating on the fitness of left back Zoumana Bakayogo with the left back set for a late fitness test.after he was forced off in the first half on Saturday after suffering a calf injury.

Following promotion from the National League last season, Mark Cooper’s Forest Green  look on course to retain their Football League status. However, Rovers’ away form continues to be a concern for Forest Green fans, with the side only winning twice away from the New Lawn all season.

Speaking to the club’s official website before tonight’s game, Cooper urged his squad to play without fear. The Forest Green manager said. “The teams down the bottom are all anxious, Crewe are in a similar position and it’s anxiousness that sometimes takes over and stops you getting the result,”

The visitors hope to welcome back Dale Bennett after the defender missed Saturday’s defeat at Accrington with a groin injury, whilst striker Christian Dodge is also pushing for a return to the squad.