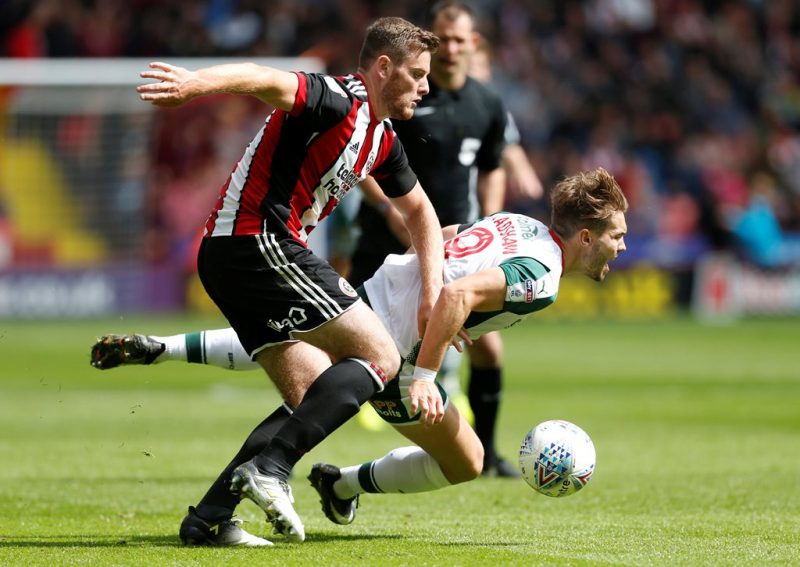 Sheffield United defender Jack O’Connell has signed a new four-and-a-half-year deal which will keep him at The Blades until the summer of 2022.

O’Connell signed for The Blades in July 2016 and was an integral part of their surge to the League One title last season.

The 23-year-old has been an ever-present in the Championship this term and told Sheffield United’s website that as soon as manager Chris Wilder suggested a new deal, O’Connell knew he had to say yes.

He said: “Once the Gaffer spoke about me signing a new deal, I agreed straight away, it was a no-brainer.

“I only see myself improving here and continuing to progress my career. This is a big club, we have an excellent group of players who are all winners and a terrific staff who know how to get the best of us.”

The ex-Brentford man has already racked up 67 appearances and six goals in his 16 months at Bramall Lane and boss Chris Wilder highlighted how important O’Connell is to what his side are trying to acheive.

Wilder said: “Jack hasn’t just impressed me, he has impressed everybody at the club with his performances and he is a very important player for us who has done fantastically well.

“He came from Brentford’s reserves and was terrific last season. He’s adapted to the step up to the Championship and has been outstanding for this term.”

John Fleck, David Brooks and Jake Eastwood have all recently signed long-term deals at The Blades.