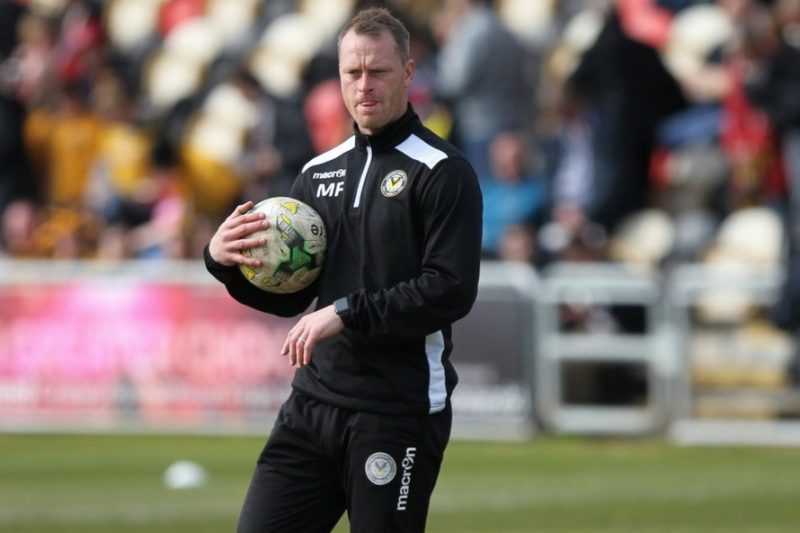 Newport County manager Michael Flynn has said he will refuse to get wound up by Mansfield Town manager Steve Evans when the two sides meet at Rodney Parade tomorrow.

Evans is one of the most controversial characters in the Football League, and has been known to irritate an opposition manager or two during his time in charge of Crawley, Leeds and Rotherham amongst others.

However, Exiles boss Flynn is adamant that his full focus will be on what is going on on the pitch rather than in the manager’s dugouts this weekend.

“I won’t be taking any notice of what Steve Evans does,” the 37-year-old told the South Wales Argus, “He’s experienced and he knows what he’s good at.

“He winds up opposition coaches, managers, players, and fair play, if that works for him then good luck.

“But I’m sure he’ll get as good as he gets against our bench and our players. I’m more concerned with what he does with his football teams.

“I get wound up in games but I don’t think I’ve ever reacted stupidly to an opposition manager. It’s more likely to be one of our players that I have a go at.

“He gets good results and he builds good teams. What he does on the side of the pitch is neither here nor there and I’m sure our fans behind the dugout will drown him out anyway.”