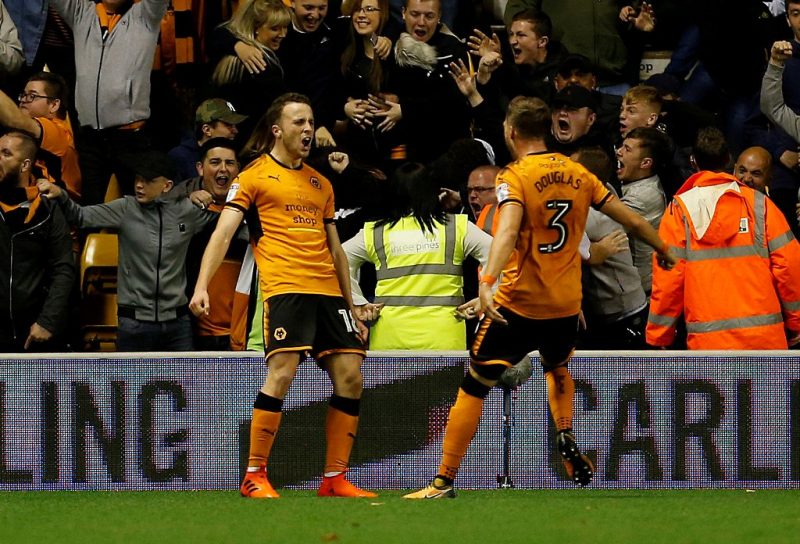 The Portuguese forward arrived at Molineux on a season long loan from the Spanish giants this summer and has been a huge hit so far, scoring seven goals this season – including one against neighbours Aston Villa on Saturday.

With Wolves one of the division biggest spenders, the 20-year-old’s signature won’t come cheap – although the £14m deal would still come in lower than their club record signing of midfielder Ruben Neves for £15.8m this summer.

With Nuno Espirito Santo’s side on course to mount a serious promotion challenge, the outlay would represent a bargain if Jota can help secure their seat at the top table of English football next season.

Jota began his career in his homeland with Paços Ferreira, scoring 15 goals in 45 games for them as a youngster before joining Atletico in 2016.

However he has never played for Diego Simeone’s side, having spent last season on loan under Santo at Porto and this season in the slightly less glamorous surroundings of Wolverhampton.

It now appears doubtful that he will ever represent the Madrid giants, with the player’s sterling start to the season prompting Wolves to make an earlier than anticipated move to sign him permanently.