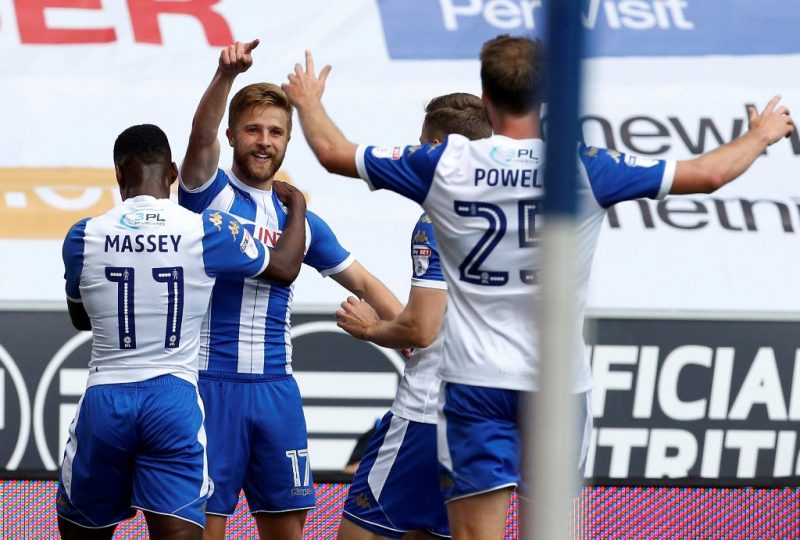 Wigan Athletic forward Michael Jacobs has signed a new contract at the DW Stadium today, committing his future to the club through to 2020.

The 25-year-old, who moved to the Latics from Wolves in 2015, scored in their 3-0 win over Southend on Saturday and has been a mainstay of the team since he joined.

In total he has made 96 appearances and scored 17 goals for Paul Cook’s side, helping them go top of the League One table at the weekend.

And Wigan boss Cook was thrilled to get the deal done: “I have made no secret of my desire to keep Michael at the club beyond this season and I am very pleased that the club has been able to agree a deal with him,” he told the Latics’ official website.

“Michael is such a talented footballer who is really thriving off the way we are playing at the moment.

“I know he is a really popular player amongst the fans, not just for his ability but being such a great lad as well and I am sure this is news that goes down well with everyone associated with the club.”

Jacobs was also pleased to put pen to paper, saying: “To get my future sorted feels good and now I can put full focus into getting this club back into the Championship.

“The manager has been excellent since he has come in and the boys are really buying into the way he wants us to play – I think the results show that.”