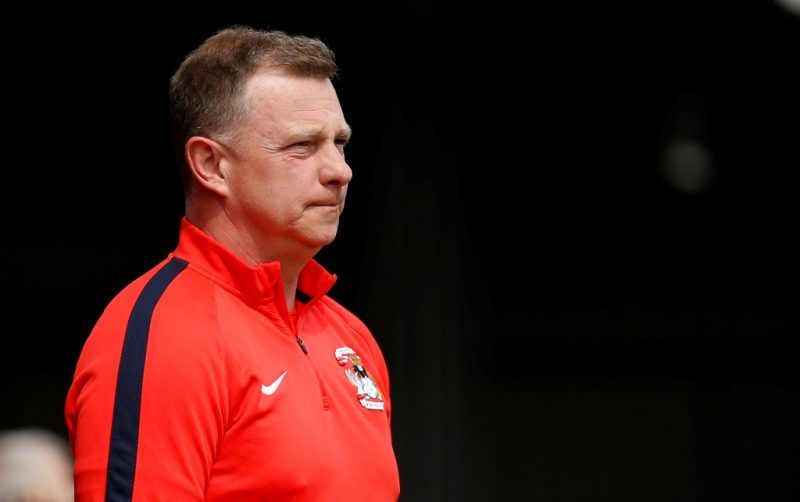 Although Coventry City manager Mark Robins will likely be bemoaning the loss of in-form striker Duckens Nazon to international duty, he insists his absence is an opportunity for other forwards to step up.

Wolves loan star Nazon has hit five goals in 12 appearances for the Sky Blues this season, including grabbing the winning goal in back-to-back wins over Crewe and Swindon.

However the 23-year-old will miss the team’s trip to Barnet tomorrow, and Robins has challenged his other strikers to make it difficult for Nazon to get back into the starting XI.

“It is a loss for us because he [Nazon] has been doing really well,” he told the club’s official website.

“You are looking for that extra little bit of something from somebody else.

“Can somebody else get out there and get on the score sheet, and then look to make it more difficult for Duckens when he comes back? That is what I am looking for.”

Three consecutive league victories have Coventry riding high, and Robins is confident his players can take that excellent form into the game with the Bees.

“The squad are excited about any game at the minute because we are working hard.

“Tuesday night’s trip to Walsall was a really good game. There were lads there that needed games along with young players who wanted the opportunity.”

The Sky Blues go into the game in fourth place in the League Two table, and will be looking to move into the automatic promotion places with a win.