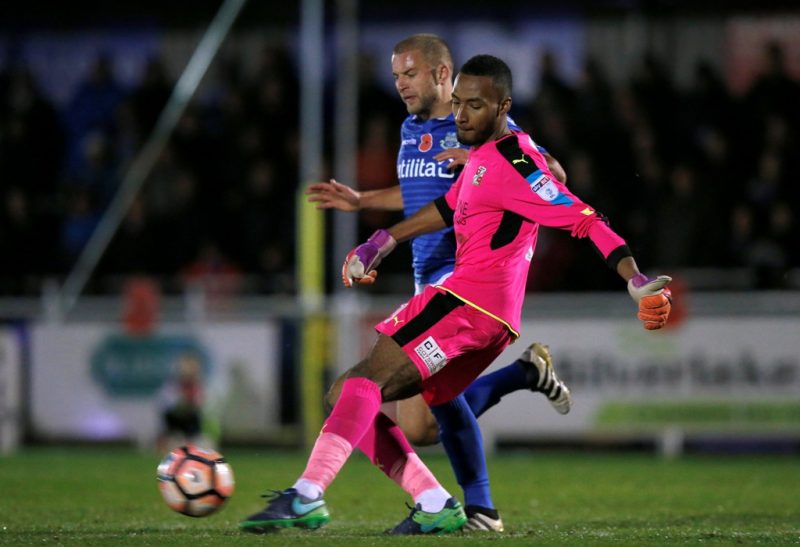 Swindon Town have confirmed this morning that goalkeeper Lawrence Vigouroux will serve a four match suspension, handed to him by the FA.

The charge for the 23-year-old relates to an incident following the Robins’ 2-1 defeat to Coventry City last month, where the ‘keeper used ‘foul and abusive language’ towards referee Charles Breakspear.

Vigouroux was shown a red card in that game for his dissent, but the FA have now decided to take things further with the shot-stopper missing four games as a result.

Swindon released a statement condemning Vigouroux’s actions as ‘unacceptable behaviour’, saying that he will now be ‘disciplined internally’ as well.

His suspension means he will miss games at home to Lincoln City and Wycombe Wanderers and away trips to Cheltenham Town and Mansfield Town.

His place in the first team will likely be contested by 19-year-old Will Henry, the only other ‘keeper to appear for Swindon this season, and Reice Charles-Cook who was signed from Coventry this summer to provide competition for Vigouroux.

“It’s a lack of respect that Lawrence has shown to the match officials – I can’t stand that. I won’t be supporting that sort of ill discipline after a match, I won’t accept it.” Robins boss David Flitcroft said in his afternoon press conference.

The manager is understandably seething at missing his first choice goalkeeper for four games over such an avoidable incident, and it remains to be seen whether Vigouroux’s place in the starting XI suffers in the long-term as a result of his lack of discipline.