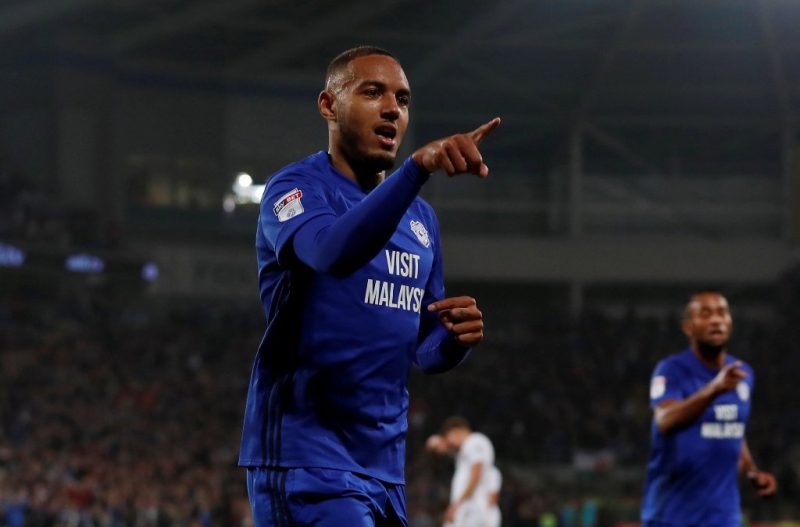 Although a striker’s job is primarily to score goals, there’s certainly a lot more to effective front-man play – and when a forward is creating goals (if not scoring them) their manager is always more inclined to excuse their profligacy.

That is most certainly the case for Cardiff’s Kenneth Zohore, who had failed to score in eight games since the opening day of the season before his brace against Leeds on Tuesday.

Despite his relatively modest return thus far, Bluebirds boss Neil Warnock is under no illusions about his importance to their sensational start to the season: “He’s a manager’s dream, the first on the team sheet,” he told The Alan Brazil Sports Breakfast Show.

“He’s been a bit down because he hadn’t scored since the first game. We’ve scored goals all over the show and most of them have been down to him so it’s not just a matter of him putting it in the net, but it was lovely to see him in the right place for a couple of tap-ins (against Leeds).”

The club’s 3-1 win over Warnock’s former side saw the Welsh outfit take their opponent’s place at the top of the Championship table, and Junior Hoilett, who scored their second goal, was also singled out for praise.

“He’s been lovely for me,” Warnock said.

“When I was at QPR he was bombed out originally, he was training with the kids when I first went there. I think on the first day I took him in and he knows that I’ve always wanted him.

“I tried to sign him when he was at Blackburn many years ago. I’ve just taken him on board really and he’s playing better than I’ve ever seen him before.”

Cardiff will look to maintain their grip on the division’s summit when they welcome Gary Rowett’s Derby side to the Cardiff City Stadium on Saturday.