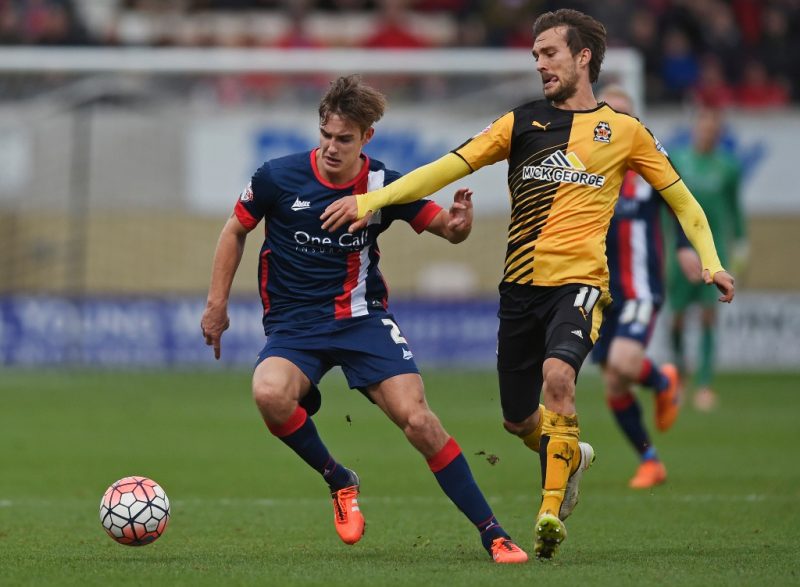 Cambridge United defender Harrison Dunk has voiced his frustrations after he felt his side gave away the points in their 2-1 defeat at Mansfield.

The U’s were playing well at the One Call Stadium, and moved into the lead when Leon Legge headed in from Piero Mingoia’s corner in the 58th minute.

However, the Stags drew level when Jacob Mellis’ penalty sneaked over the line after 65 minutes. With three minutes of normal time to go Steve Evans’ men secured the points when Danny Rose swept home his second successive game-winner.

And Dunk feels the defeat was more down to individual mistakes from Cambridge than any Mansfield brilliance: “We’ve given it away there, really,” he told Cambridge News after the match.

“We were patient in the first half, had the majority of the ball and got the breakthrough. Then we’ve given away two sloppy goals which were both disappointing.

“Greg [Taylor] got a knock in the lead-up to the second goal which didn’t help him but they were errors from all of us. We’ll have to look at the game and how to close it out better, I think we threw it away a little bit.

“We maybe didn’t create as many chances as we would have wanted but played good football and were in their half a lot.”

Shaun Derry’s side will be looking to get back on the horse when they host bottom side Forest Green Rovers at the Cambs Glass Stadium tomorrow night.