Diogo Jota speaks about life at Wolves under compatriot Nuno 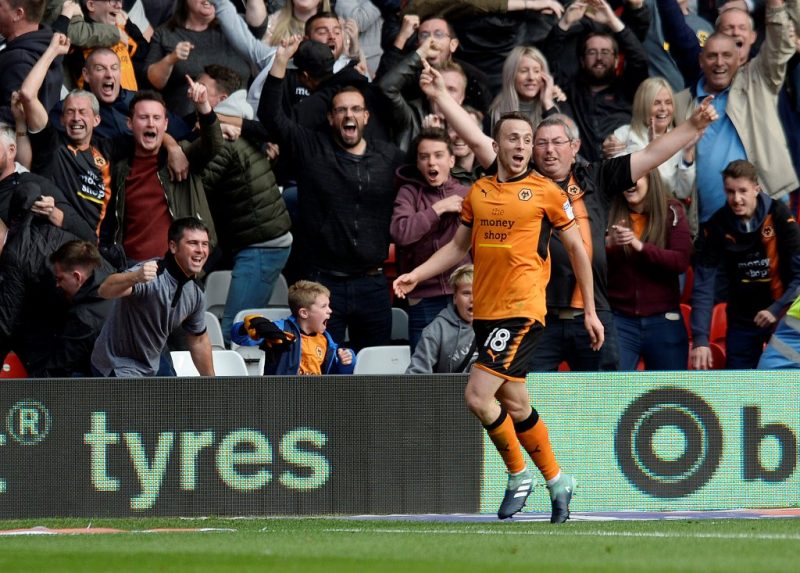 There aren’t many players who have arrived at new clubs this season and fitted in as seamlessly as Diogo Jota, as if he were part of the Wolverhampton furniture in fact.

The 20-year-old has been an instant hit for the Championship high-flyers, registering five goals in eight league games and supplying bundles of creativity.

His arrival was part of a big summer renovation at Molineux, as high-profile manager Nuno Espirito Santo arrived with ambitious plans and a wealth of new signings – Jota chief among them.

The Portugal attacking midfielder is at the club on a season-long loan from Spanish giants Atletico Madrid, and credits playing under new boss Nuno last season at Porto as the reason behind his quick adaptation to English football.

“It has been fast, especially for being managed by a coach who I already knew,” he told Portuguese publication Record.

“The concept of the game that he has tried to implement at Wolves is similar to what he had in Porto. The ideas are identical. This favours my adaptation. Of course the fact there are several Portuguese in the squad also helps me.

“We speak a lot of Portuguese in the dressing room but we try to divide things up, that is, to express ourselves in English so that there are no divisions.

Jota also had kind words for the Wolves supporters, saying: “The fans support us immensely, sometimes even after a draw.

“A dribble is soon cheered with applause, even if it’s done in midfield. Football is lived intensely.”