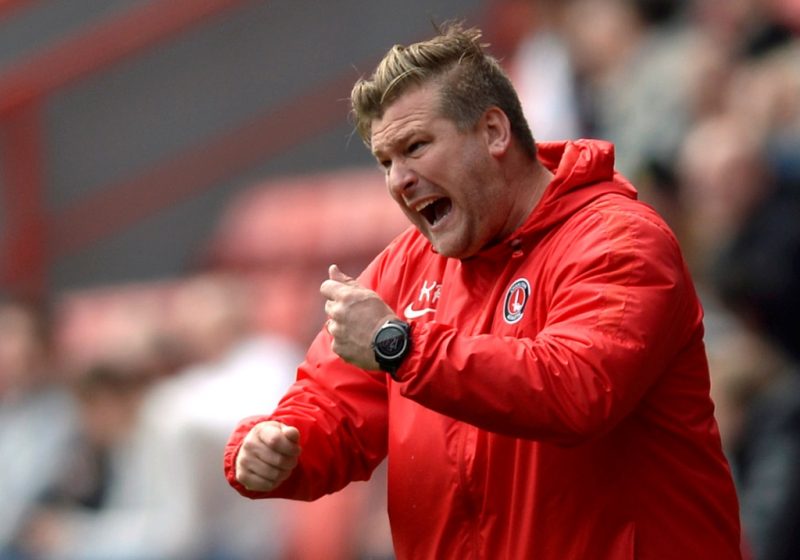 It was a painful way for Charlton to suffer their second league defeat of the season, that 3-0 loss at home to Wigan on Tuesday night.

The Addicks were outplayed and outclassed, having come into the game riding a wave of excellent results and polished performances that had them second in the League One table.

They’ve dropped to third now, still not a bad place to be, but manager Karl Robinson was under no illusions about the impact of their midweek battering.

“Maybe we thought our bar was at a certain level,” the 36-year-old said.

“It has certainly been smashed and rest. If we think we can get more out of the team, we are going to be even more eventful and more attacking and a better team to watch.

“We spoke very honestly with each other in the debrief. The players ran too much and then on the turnover we didn’t have the energy to exploit them.

“We were undisciplined in our shape and we feel we were nowhere near our best. We know that and we are frustrated by that.

“But whereas we deserved more out of the Plymouth defeat, this one we didn’t.”

A brace from Gavin Massey and a Sam Morsy strike consigned Robinson’s side to defeat at The Valley, and ended their run of winning every home fixture this season.

The Addicks boss will be hoping to see a response from his players when they travel to winless Gillingham in what should be a welcome tonic after the pummelling they took on Tuesday night.