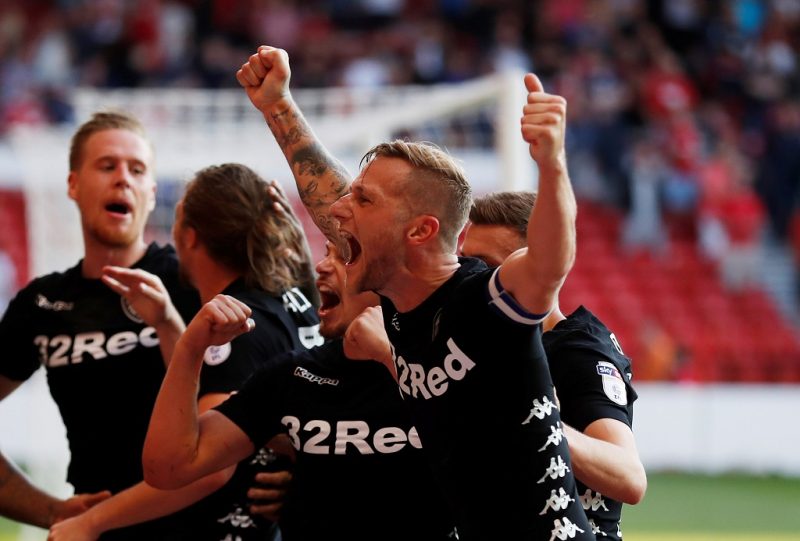 Seven games into the season, we’ve got just enough minutes under our belt to start recognising key performers in this season’s EFL.

Over the next three weeks, we will be picking their XIs for all three divisions, starting with the SkyBet Championship.

Naturally, the early top 6 are well-represented, but there may be a surprise or two, with a few players perhaps going under the radar somewhat.

It’s quite clear that Ipswich’s hot start owed a lot to ‘Bartman’. The Pole has made over 5 saves per game – the most in the division – and boasts excellent accuracy with his long passing, something that fits well the swift counter-attacking approach that saw Mick McCarthy’s side pick up four early wins, to the surprise of many (ourselves included!).

Experienced and unflappable, Bialkowski’s outstanding reflexes have been on full display this season, and oft called into action: Ipswich have been outshot in all of their league games so far. While that remains the case, the Tractor Boys will need Bialkowski to keep up this form if they themselves are to stay ‘in and around’ the top six. 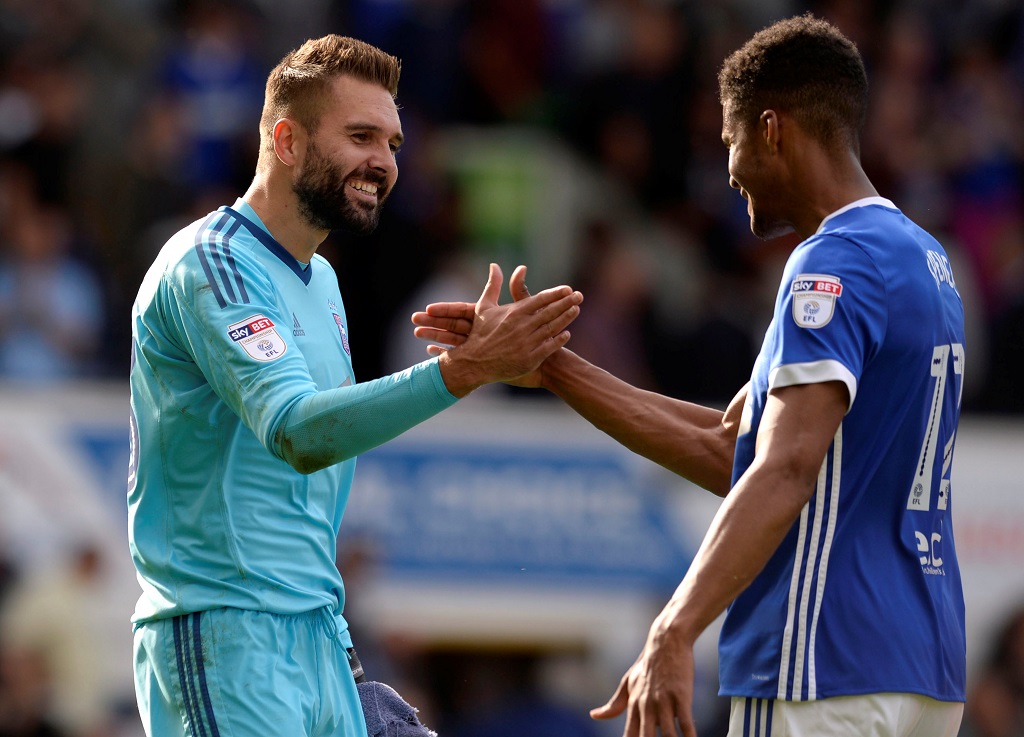 When Cyrus Christie as your right-back, you don’t really need a right-winger!

Christie has been a force of nature this season for Boro, covering the whole of the right flank at times, maintaining width and offering a quality on the ball that will surely see him in the Premier League before long.

With silky skills and above-average delivery from wide areas, he is the perfect modern full-back and allows Garry Monk’s Middlesbrough to play with greater tactical flexibility and attacking fluidity. 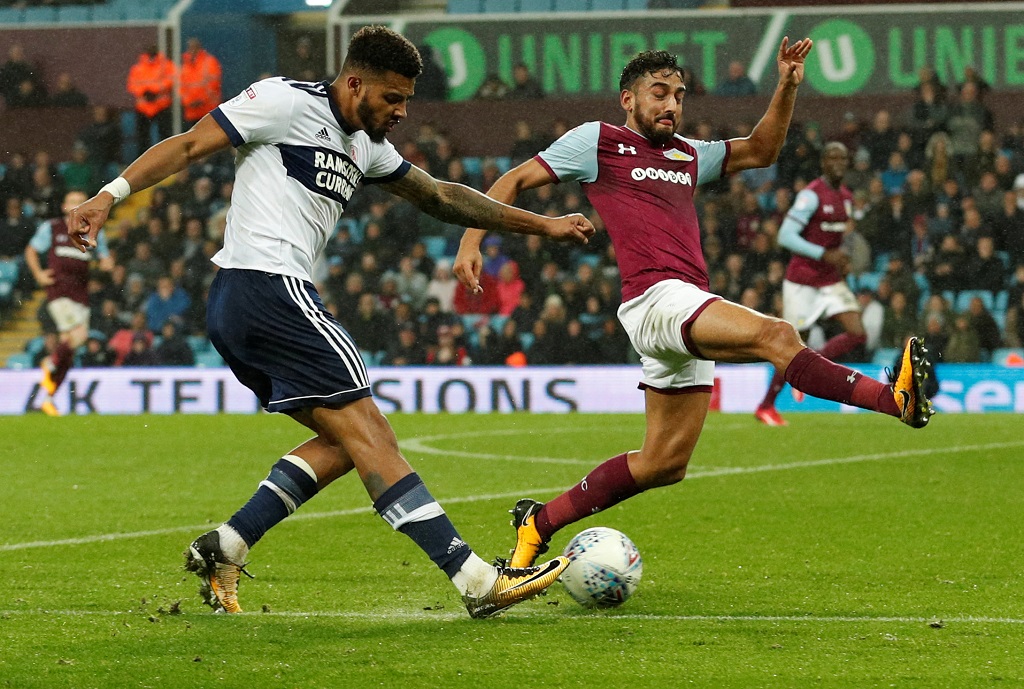 After conceding only a goal every other game to start the season – before Tuesday’s disappointing 3-0 defeat at Preston – there had to be space for one of Cardiff’s talismen, Sean Morrison or Sol Bamba. Together they have been a fearsome defensive partnership, gobbling up aerial balls and largely denying the opposition any chances in central areas.

Bamba gets into our team thanks to an imperious display against a Fulham side that have left many a centre back bamboozled in recent times. The dominant Ivorian, signed on a free transfer last season, is also a substantial threat from set pieces. 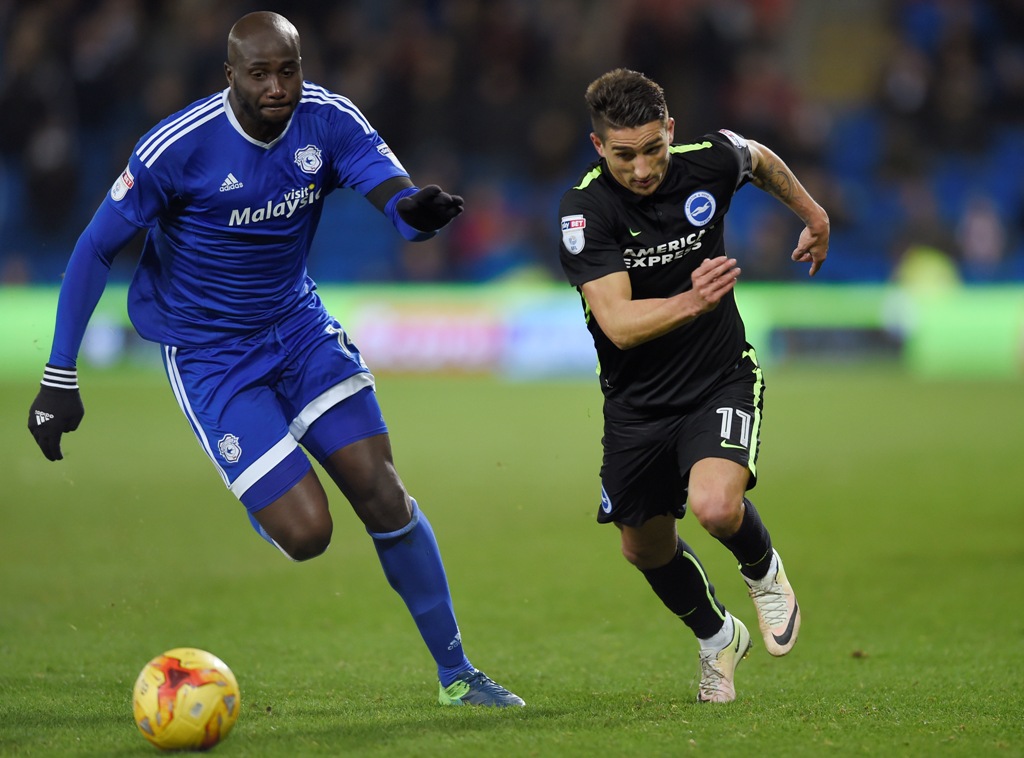 If Bamba’s career has been resurrected since leaving Leeds United, Liam Cooper has enjoyed a similar transformation without needing to. Always highly regarded by Leeds’ numerous managers and team-mates (who voted for him to be their captain this season), it’s fair to say that the fans’ relationship with the skipper has been mixed.

Not any more. Cooper’s partnership with the imperious Pontus Jansson has seen them concede just two goals in their seven games this season, both on opening day. Playing a huge role as defender and captain, Cooper’s renaissance is a product of his outstanding character and a quality that has taken some time to shine through. 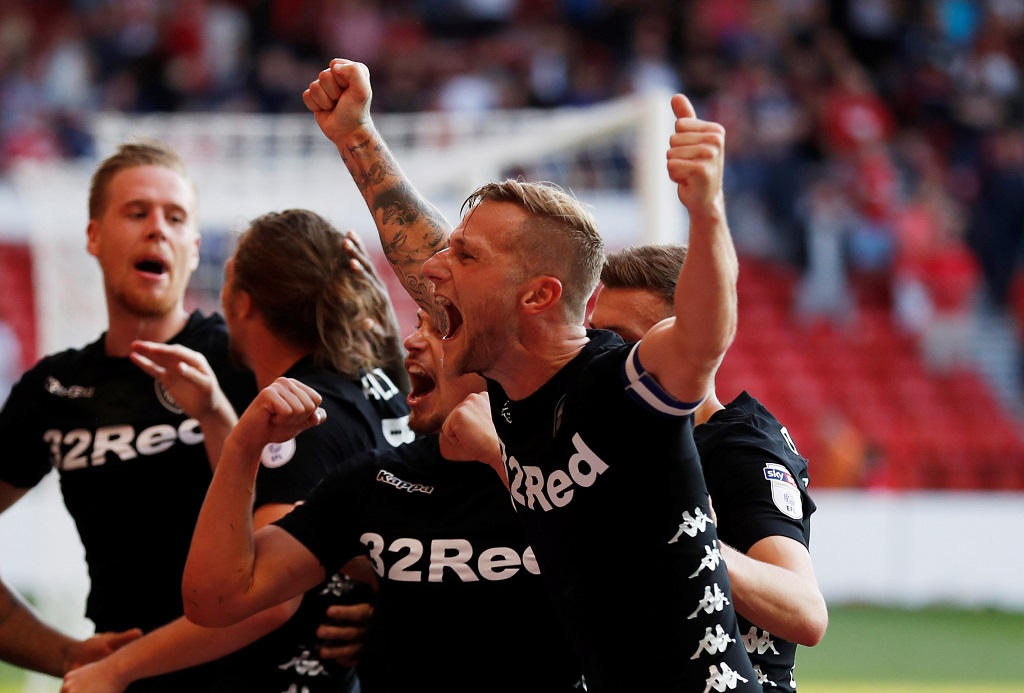 Like Christie on the opposite flank, Bryan offers energy and quality going forward as well as a flexibility to play all the way up the left flank while maintaining a high performance level.

Approaching 200 games for the club, the 23 year old has settled at left-back and has been a standout player this season. Leading the league in tackles per game, Bryan is the complete full-back, a manager’s dream and a player with an exciting future. 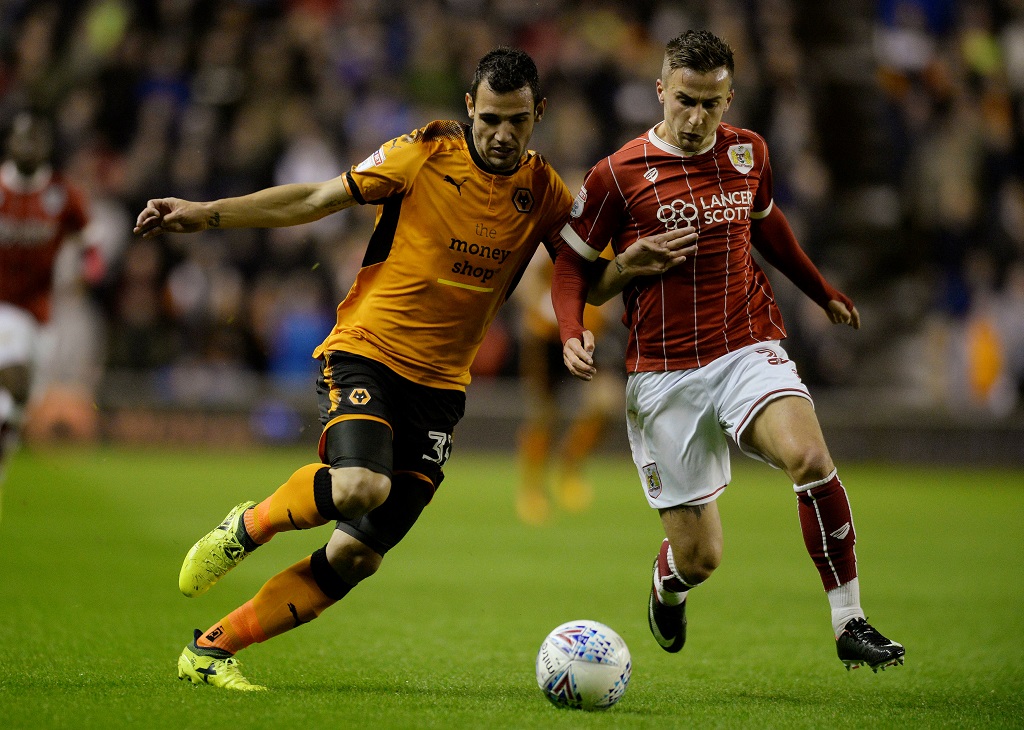 Where in previous eras your central midfielder might be either an enforcer or a playmaker, the Championship now demands both steel and skill. After an impressive start to the season, George Saville appears to have both in abundance.

Unable to hold down a regular spot at Wolves, the former Chelsea youth star had lots to prove following a move to Millwall, and is flourishing with a little less pressure and plenty more minutes. Both-footed and combative, Saville also has an eye for goal, and has showcased an ability to arrive late into the box and finish from range that suggests he learned plenty from Frank Lampard at Chelsea.

Millwall’s early performances have been better than the results suggest, and Saville is proving that he’s more than good enough at this level. 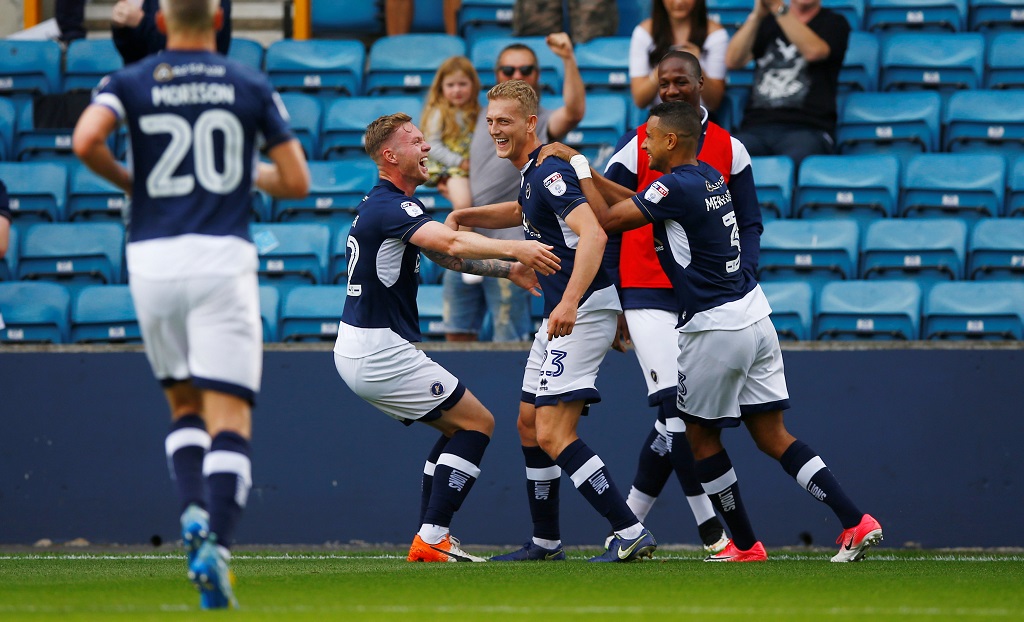 Another player, like Saville, not afraid to get his hands dirty, Fleck also possesses an absolute wand of a left foot.

His quality and range of passing is vital to Sheffield United’s play, while his work rate and leadership qualities make him the embodiment of Chris Wilder on the pitch. Fleck is a workman and an artist, the heartbeat of this side, and his midfield partnership with Paul Coutts and Mark Duffy has seen the Blades barely break stride in their march up the EFL. 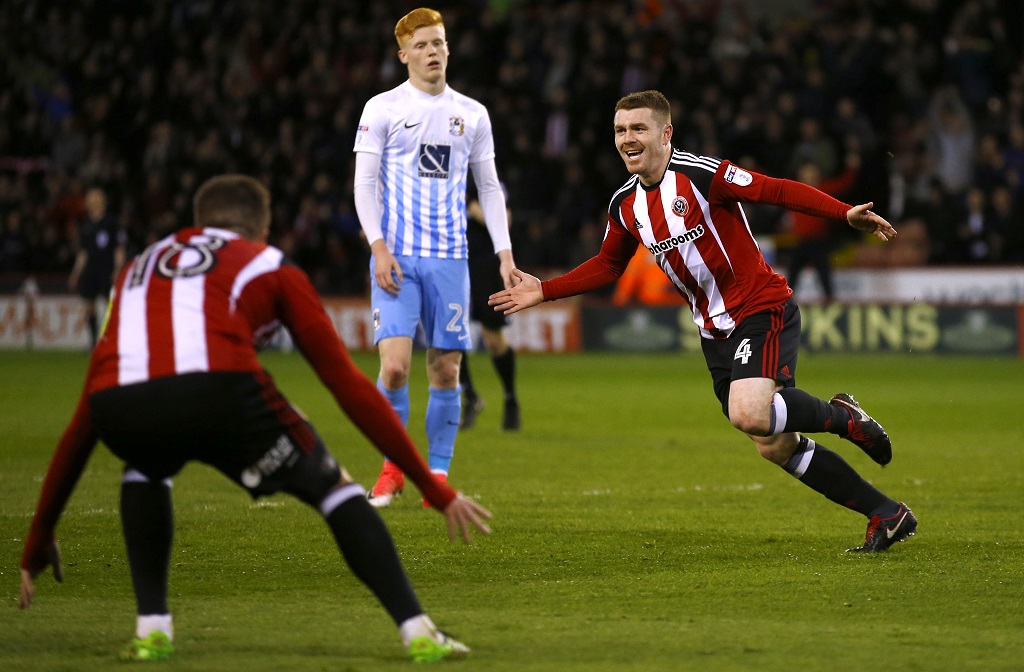 Driving QPR forward from midfield, Luke Freeman has been at the heart of everything good at Loftus Road this season, where Ian Holloway’s side are yet to taste defeat this season.

A skillful attacking player with good vision and excellent technique, Freeman has already racked up three assists this season, and his goal against Ipswich on the weekend demonstrated his eye for the spectacular. With the ability to impact the game from a number of positions, we’ve been delighted with Freeman’s play so far this season. 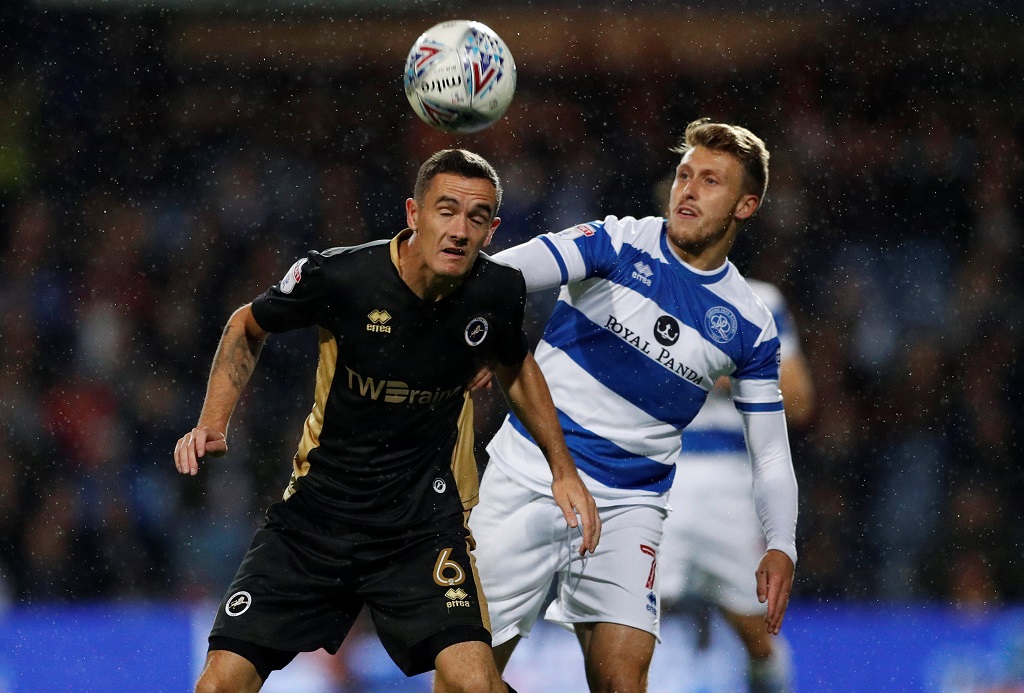 Perhaps because it was a permanent deal (as nonsensical as that term seems in modern football) rather than a loan, but Wolves’ signing of Ruben Neves certainly outshone their capture of Diogo Jota.

But Jota played more than twice the amount of minutes than Neves for Porto last season, and one suspects Nuno Espirito Santo was aware just how important an addition he was.

Jota has been the jewel in Wolves’ attack so far this season, driving them forward with exceptional skill on the ball, clever passing and an eye for goal. He has shown the type of quality that makes him one of Portugal’s most exciting talents, and is delivering performances with a consistency that Wolves didn’t get from last season’s standout performer, Helder Costa.

A joy to watch. 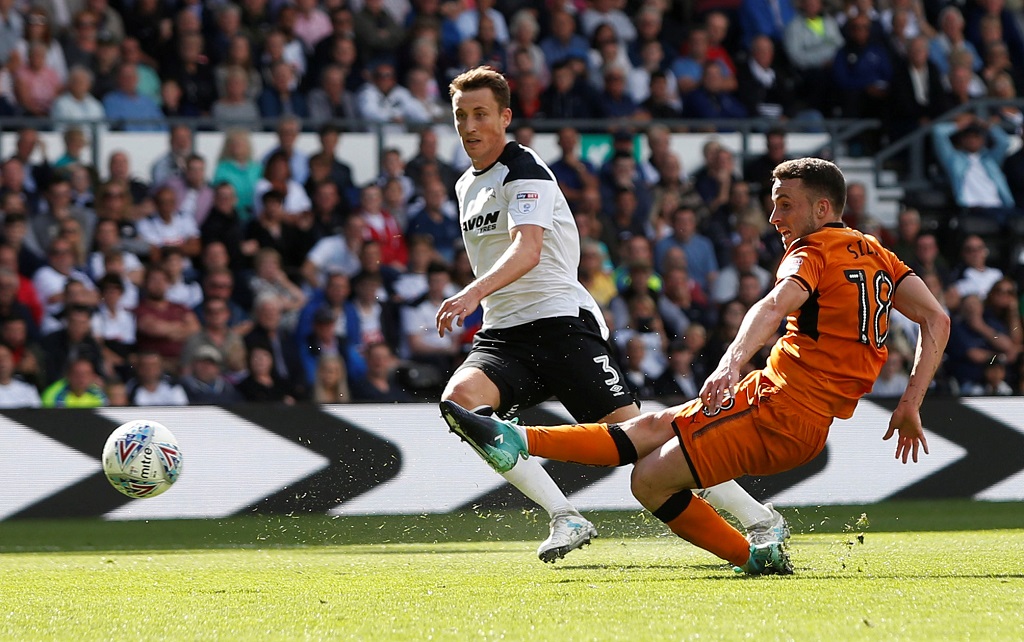 No Champions League experience here, no all-powerful agent, and Nathaniel Mendez-Laing came from Rochdale rather than Atletico Madrid. Even so, August’s Player of the Month has showcased as much ability as anyone else in the division this season.

Being able to shoot with both feet makes a winger twice as hard to stop, and Mendez-Laing has made the most of that skill this season to the tune of of four great goals. If he can play at this level consistently, it will be hard to keep him out of the Premier League. 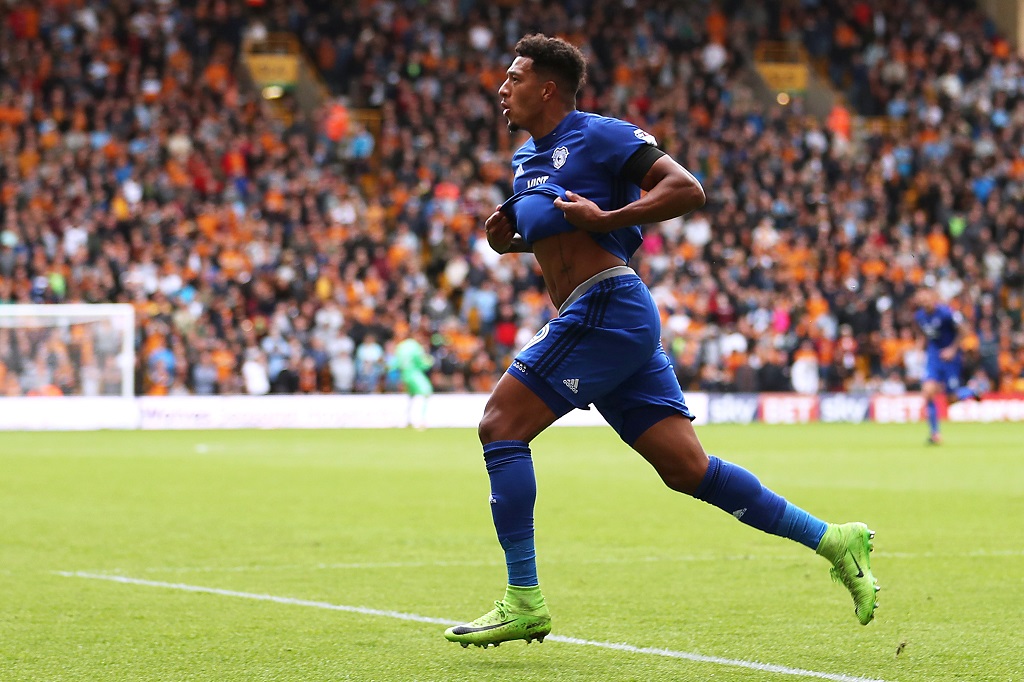 With a lively, occasionally difficult temperament, Oliveira is often his own worst enemy. There is no question with regards to his quality, however.

A complete striker who ticks all the boxes both technically and physically, his finishing is of a high standard with both feet, while he can hold his own in the air and against more physical defenders. With an excellent minutes per goal record, a good run of starts should see him score 20+ this season. 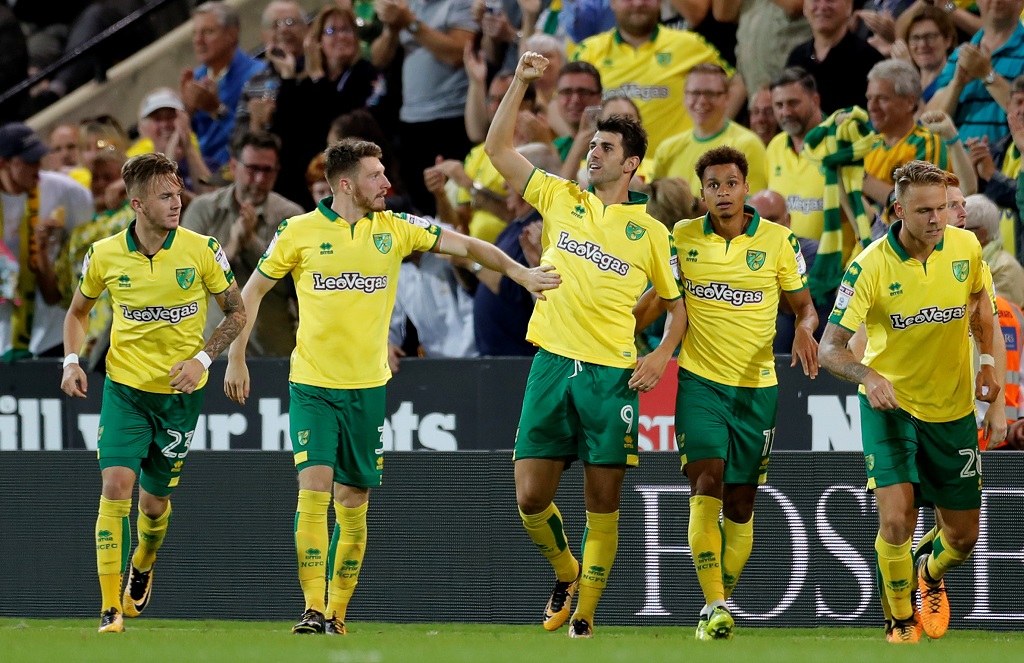