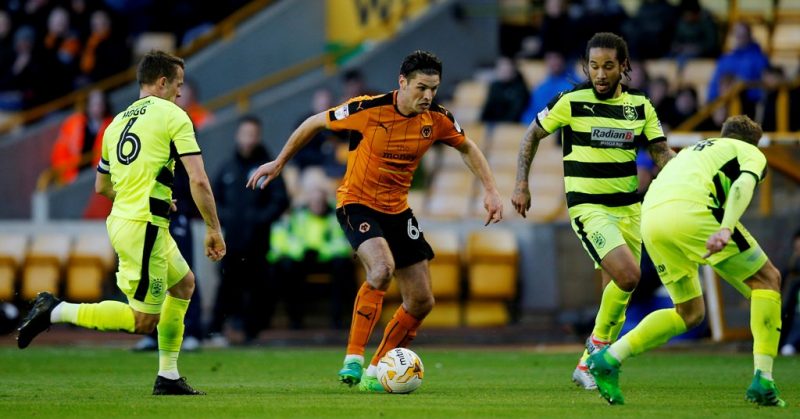 For a player returning from injury, it’s a luxury to come in to a squad full of belief and operating at the peak of their powers. Wolves winger Ben Marshall is one such player, as he made his comeback from a pre-season injury in the win against Millwall last weekend.

Marshall comes in to a Wolves side riding high in third place in the Championship table after that victory over Neil Harris’s side. Now under the stewardship of respected manager Nuno Espirito Santo, and after some summer splurging, the Molineux side look set to make a serious promotion push this campaign.

And Marshall is enjoying life under the Portuguese: “There’s a good feeling around the club,” the 26-year-old said. “We’ve got to keep believing, keep up the level of performance and keep listening to the manager and his staff.

“We all seem to be clicking and hopefully the more games we play and the more we win, the confidence will increase. We need to keep picking up points and hopefully at the end of the season we will be up there.”

Salford-born Marshall made the move to Molineux in January, when we joined from then divisional rivals Blackburn Rovers – ending a five year stint at Ewood Park. So far he’s made 16 appearances and scored twice for the club.

Marshall is happy with the strength of depth in the Wolves squad this season, saying: “There’s a good squad here, good competition.

“With the games coming thick and fast on Saturdays and Tuesdays I think there will be chopping and changing. It’s down to the lads if they get a starting role to hold onto the spot.”

The winger will hope to feature again tonight when Santo’s side entertain a Bristol City side who’ve also made a decent start to the season.