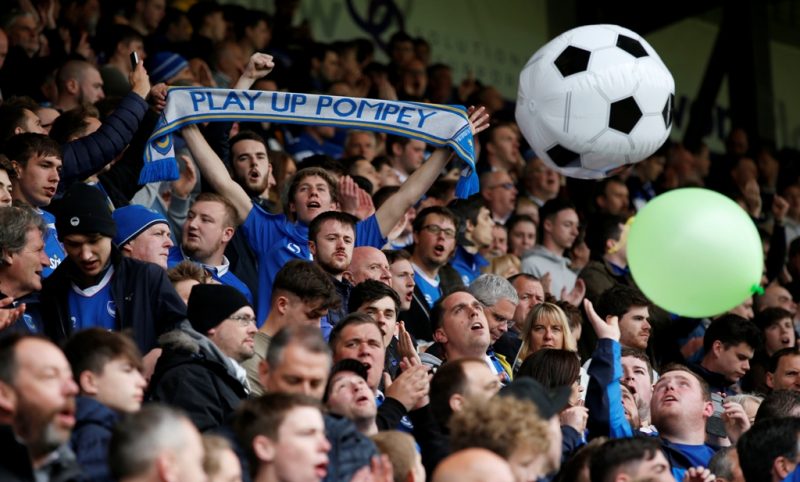 Portsmouth have added to their attack today with the transfer deadline day signing of striker Oliver Hawkins from Dagenham & Redbridge.

The 25-year-old joins for an undisclosed fee and has signed a three-year deal with Kenny Jackett’s side.

At 6 ft 4 in, Hawkins will provide an added dimension to Pompey’s attack, and will hope to help the Blues record a respectable finish in their first season back in League One since 2012.

Hawkins began his career with Hillingdon Borough in 2010, before joining Northwood a year later. His successful two year spell there resulted in a move to Hemel Hempstead Town, Hawkins then making the move to the Daggers.

He scored 19 goals in 63 appearances for the club in all competitions during his time there.

Pompey boss Jackett spoke about the move: “We’re really pleased to get Oliver over the line and I’m looking forward to working with him.

“He’s someone I’ve watched for a long time and is capable of stepping out of non-league and doing well for us, complimenting the players we’ve already got.

“He will obviously add some physicality to our squad. He holds the ball up and is a big threat in the box – in fact he’s useful in both boxes.”