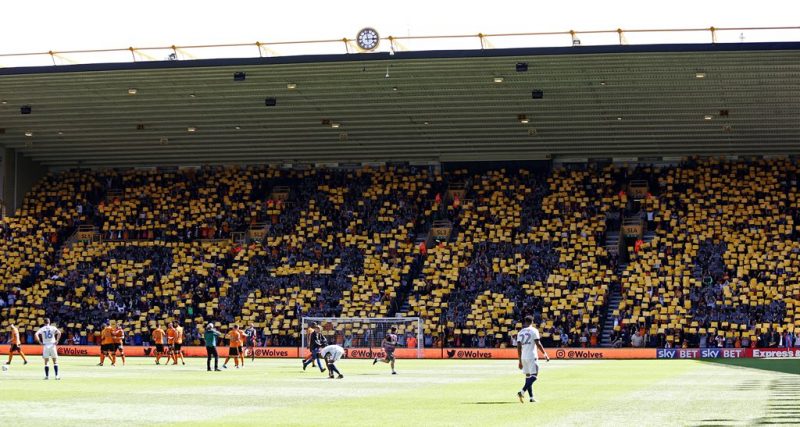 THERE’S one date in John Ruddy’s diary and two others he’d like to pencil in. Definite is the evening of Tuesday, October 31. That’s when Ruddy goes back to Norwich, the club he left this summer after seven years.

The other two dates are less certain. But more important.

Ikeme, 31, is currently fighting acute leukaemia, instead of taking on new boy Ruddy for the Wolves goalkeeping job.

Ruddy’s move had been set up before blood tests showed Ikeme had cancer, but the news was still raw when he arrived four days later.

“I thought I’d be rivalling Carl here for the jersey”, says Ruddy. “I have spoken to him since I’ve been here, just to pass on my best wishes. I thought that was the right thing to do.

“For a number of years, I have competed against him,

“I’ve got a lot of respect for him as a goalkeeper and as a guy. I said that in one of the first interviews I did when I came here, I wanted to say something.

“It’s heart-wrenching. It puts into perspective what life actually means.”

There was emotion all around Molineux before Wolves beat Middlesbrough on the opening day of the season.

In a video message, Ikeme thanked the fans for their support as he goes through his treatment and said he will see them soon.

Speaking this week amid the pitch noise, the banter, the everyday life of Wolves’ training ground that Ikeme will be missing, Ruddy said: “Myself and the lads are really hoping that Carl can make his way back down here at some point and give us the boost we need during the season.

“I think that’s what it would be, a massive boost for everyone. Probably Carl as well. I think he’s in good spirits, the treatment is going well.”

Out of the dreadful news from a routine day when Ikeme wasn’t feeling 100 per cent and went for some routine tests has come a crusade involving Wolves and Cure Leukaemia.

Fans are helping, too. There was a 24-hour penalty shoot-out next to the club shop that went on from 10am on Friday to 10am of the Boro game.

Steve Bull, former captains Karl Henry and Jody Craddock were all there and Craddock’s son, Toby, who has beaten leukaemia, took the last penalty.

Geoff Thomas, a Wolves man who kicked leukaemia out of his life, is backing the fund-raising and has been in touch with Ikeme. More than £70,000 has been raised so far and all goes to Cure Leukaemia. 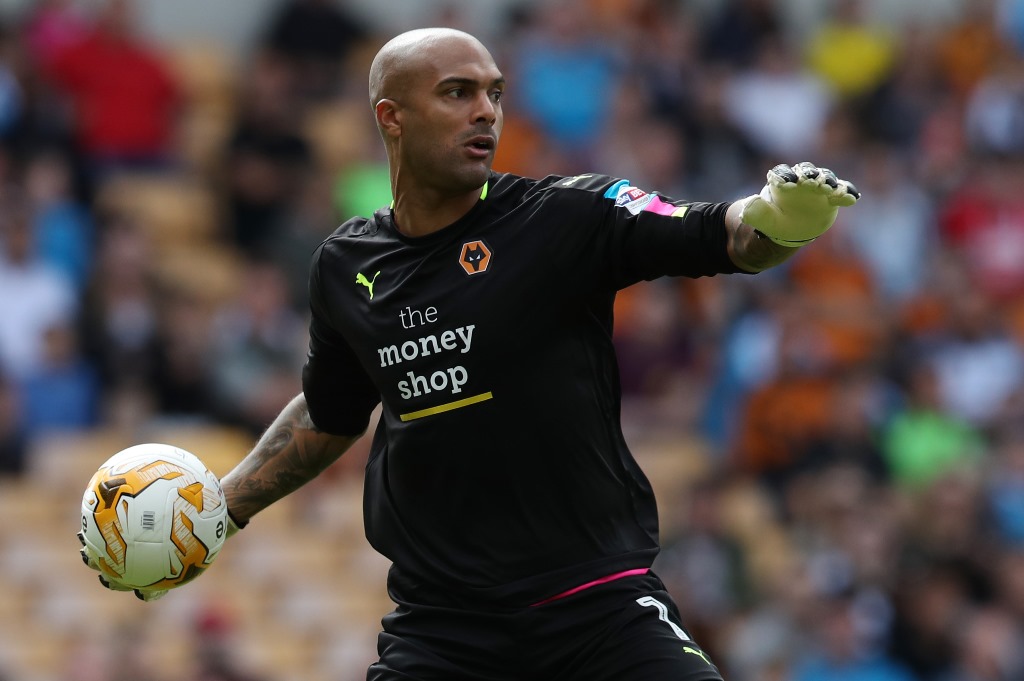 Keepers United: Carl Ikeme has received messages of support from both home and abroad as he battles leukaemia (Photo: Action Images)

Ikeme has the biggest game of his life to win and will then campaign for more stem cell donors because he has discovered there is a shortage.

Mila, Ikeme’s daughter, led the teams out last Saturday and, ahead of yesterday’s game at Derby, Ruddy said: “It reminds you of the good life we have.

“It was so inconspicuous the way he found out, just a couple of routine blood tests. Carl wasn’t feeling well and all of a sudden he is in this situation.

“This makes you think ‘you know what, football is a wonderful sport but that’s what it is, it’s a sport’.

“You have to enjoy every moment and take every moment for what it is because you never know what is around the corner.

“Sub-consciously, it’s at the back of everyone’s mind here. It’s got to be.

“The lads who played with Carl for a long time here, they’ve got to be wanting to do it for him, get promotion this season, more than anyone. The lads coming into the club are going to feed off that energy

“That would be some occasion, for us to do it, get up to the Premier League this season and for Carl to be here to see it. Definitely. Yes. That would be a nice way to do it.” 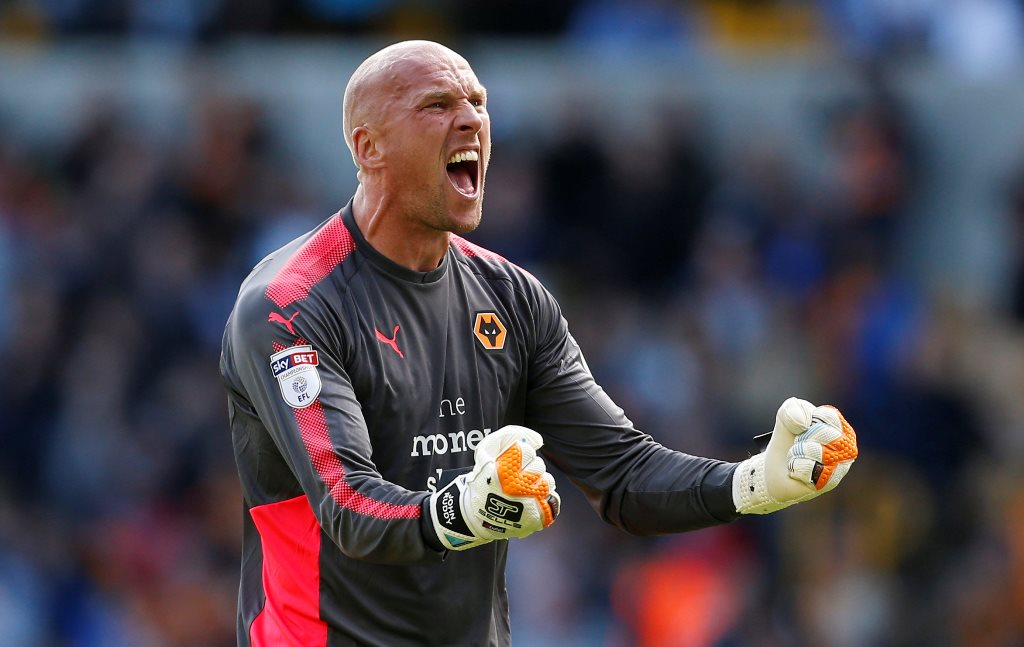 Ruddy has twice won promotion and spent four of his seven years with Norwich in the Premier League. He has the pedigree to show sun-tanned players from all over Europe – with a special bulk import from Portugal – the way.

“I’m a 30-year-old new boy,” he says. “In terms of coming to the club, it was a move that excited me. When I spoke to people here, and in football in general, it was deemed a club going places.

“It fitted my outlook on my career. I needed that extra bit of push, a club that wants to match the ambitions I’ve got, which is to get back in the Premier League.

“When the new owners came in, what was it a year ago? There was a lot of change with three managers last season.

“I think the owners have realised you can’t just chop and change and demand instant success.

“A lot of people have tried that and it hasn’t worked. Patience but being progressive at the same time is the way forward.

“I’ve got out of this league a couple of times. Both times it was because we had a young, hungry squad determined to achieve something – and I see similarities to this squad.

“Fosun, the owners of Wolves, are an investment group and, when you buy a club like this for the price they did, it’s a very good investment. The training facilities here, the stadium, one of the biggest in the Championship, the infrastructure is already in place.

“It only needs the finishing touches to it on the pitch.”

Wolves pulled in their biggest opening day crowd for 37 years last week and Ruddy says: “People had come to see what was going on. That’s what we want, sell-outs, to get that atmosphere.”

Ruddy says his first Norwich promotion was the best because it wasn’t expected. The second was special (“I still get goose bumps about it”) because he walked up the Wembley steps as a winner after the play-off final against Middlesbrough two years ago.

“That and playing for England are my outstanding moments,” says Ruddy, who got his cap in a 2-1 victory over Italy five years ago.

“The only disappointment was that I came on at half-time and didn’t get to sing the national anthem. At the start of the second half, the crowd behind me started singing it so I joined in, quietly!”

He left Norwich because of financial cutbacks when they failed to bounce straight back out of the Championship. He was one of seven let go. Only Ruddy opted to play in the last game of the season.

“It was an emotional game for me, but we battered QPR 4-0 and I was made captain. It was perfect.”

Ruddy’s back in October. It’s the night of Hallowe’en. Scary?

“It will be strange going into the away dressing room. I’m looking forward to seeing old faces. The players certainly, but it’s more the backroom staff, the kit man, the physios, the tea lady, Jill.

“Norwich will be somewhere we go back to and live when I finish.

“My wife did a lot of charity work there. She was meant to run a 10k a couple of weeks ago, but with moving up here she’s had to sacrifice that. Never mind, I’ll get her on the treadmill.”