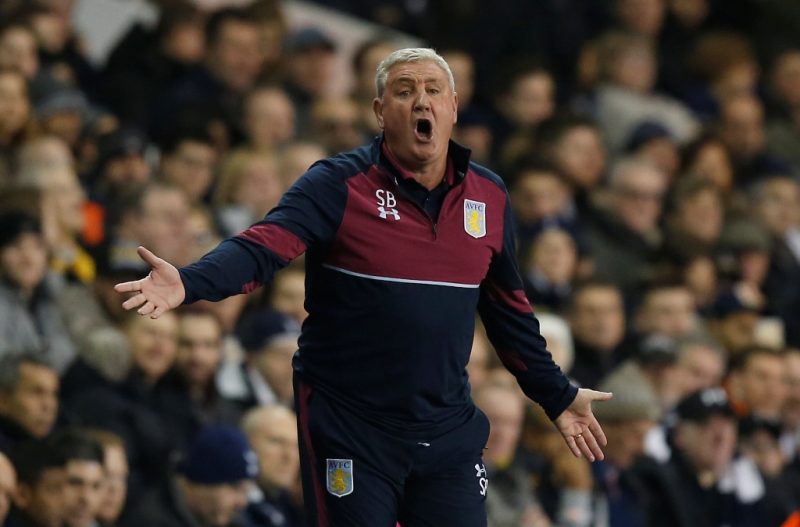 ETCHED into the window behind Steve Bruce’s desk in his training ground office is an Aston Villa motif in claret and blue.

It’s like the stained glass window of a church. Bruce’s task is to get everyone on the same hymn sheet after years of bruising, damaging decline.

“There would be a statue outside if I replicated here what I did at Hull City,” says Bruce, pointing behind him out of the window.

At Hull, he twice got them into the Premier League, the FA Cup final and into Europa League football. They were the best times in the club’s history.

Bruce joked as we walked into the office – with plush, tactics board on the wall set to 4-4-2, big desk, big chair and a quiet corner with settee and chairs, where we sit – that you won’t find personal bits and pieces.

Villa have got through seven managers in eight years. They are on their second owner since Doug Ellis sold up and their third chief executive.

Nothing has been solid or dependable, since Randy Lerner decided he didn’t want to be in football any more and pulled the financial plug in 2010.

Martin O’Neill left but, amazingly, the fans didn’t. Through all the seasons that have turned from grey to the black of despair, they have stayed.

Bruce has sorted out a shed load of rubbish players, brought in experience with John Terry, Glenn Whelan and Chris Samba – the latter two both aged 33 – and knows he has to get Aston Villa back into the Premier League this season.

“I’d love to be signing 26-year-olds. People are saying we’re Dad’s Army. But players are £15m to sign and fortunes in wages. We have had to be a bit shrewd,” says Bruce. 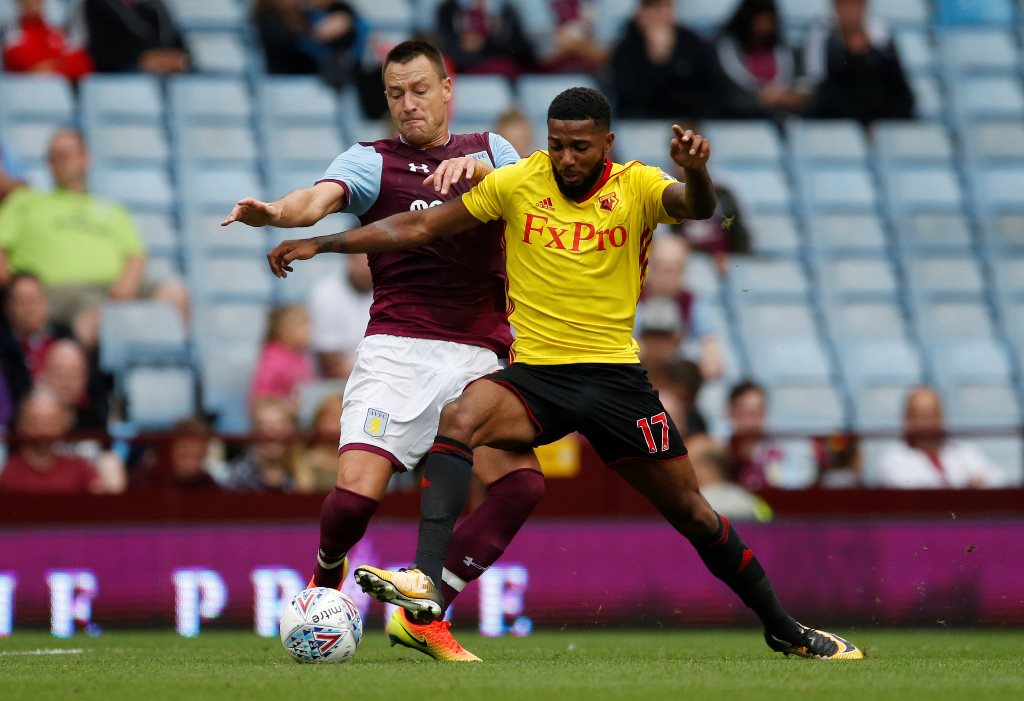 To claret from blue: John Terry in action against Watford for Villa (Action Images via Reuters/Andrew Boyers)

The quest began last week, ironically against Hull, the club he gave what Villa want.

If Bruce is not up there punching Villa’s weight at the top of the Championship into the New Year, he will find out if owner Dr Tony Xia is a patient man.

“It was a mess here,” says Bruce bluntly. “For a big club like this, with the history and tradition, it was hovering around relegation and it was inevitable it was going to happen.

“I could say the same about Sunderland. If you are down and around the bottom for three or four years, then it becomes inevitable you fall out of it.

“It all starts at the top. If you get direction, it filters down to the groundsman, everyone.

“Thankfully, I think we have some stability. The owner is desperate to do well. He calls the shots. There isn’t a big board of directors.

“I don’t know if he’s a patient man. I guess I’ll find out. However, he understood, when buying it, that it needed repair.”

Xia backed Bruce when he brought Terry to the club, a move that is seen as something of a coup and is meant to replicate what Bruce did when, as a player at the end of a distinguished career at Manchester United, he moved to Birmingham City for his autumn years.

“I’m not as good looking as John Terry, but I like to think we are similar in what I did at Blues and what John is bringing to us,” says Bruce.

Bruce has eight major medals from his playing career with United. Terry has 15 from Chelsea.

Bruce was 36, Terry is 36. Both were centre-halves, both captains, both leaders of their teams.

The similarities stack up.

“All John Terry wanted to focus on this year was another season of playing and promotion,” said Bruce. “He could have got more money in China, but the thought of uprooting his family didn’t appeal at all.

“We played Burton Albion on Boxing Day last season when we were 15th in the Championship and there were 42,000 in the stadium. What does that tell you?.

“It’s the way John is. Everything about him. It’s just what he brings in terms of presence. The way he trains, the way he prepares, the way he looks after himself.”

Bruce spent two years at Birmingham under manager Trevor Francis and helped get the club out of its mediocre rut before returning as boss.

He then led Blues to one of their best spells of the modern era, with two promotions to the Premier League and a number of quality signings.

If Terry wants to take Bruce’s path to management, it would be nice to do it, to do it nice.

“When I first got into management, someone said to me, ‘Get someone alongside you with grey hair’,” recalls Bruce. “Someone with that experience to let you know what’s important and what’s not. John Benson, God rest his soul, did that for me.

“If that’s the next step for John, then me, with my grey hair, can help. If he wants to take his coaching badges or have a spell with the Under-23s, then that door is open to him.”

Xia is a man who likes equations. He posts them on Twitter for fans to work out, something not known as a hobby on the Holte End. 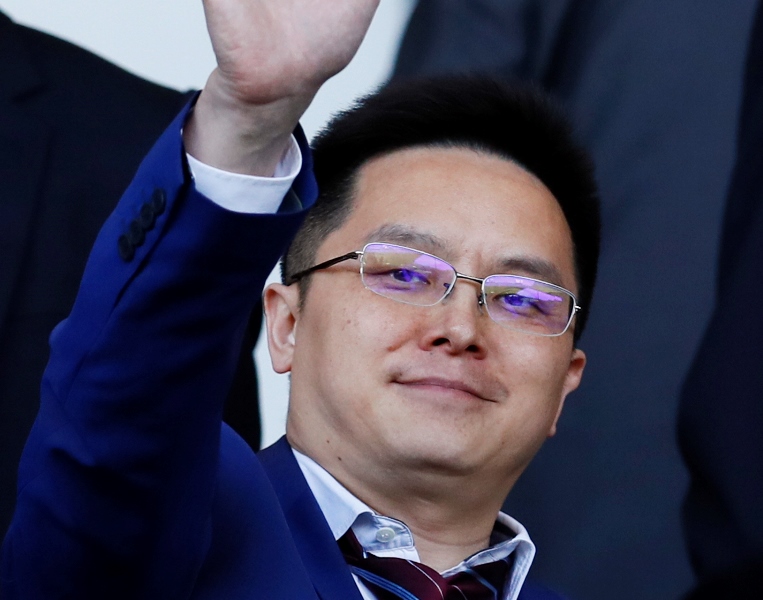 Repairs: Recon Group owner Tony Xia has pumped money into the Villans during his first 365 days in charge

But there is nothing to figure out about this season: Bruce has got to get Villa up.

There have long been plans for a Premier League 2. Well, now we have it. Evolution has brought to the Championship some of the big clubs in England, Aston Villa, Leeds, Sunderland, Sheffield Wednesday and the neighbours, Derby, Nottingham Forest and Wolves.

Not to mention the twice-yearly fierce proposition of Birmingham.

It’s a hard league to work in and no-one, but no-one, can predict who is going to be at the top end of the table. Villa are one of the newest big names in there and, arguably, the sexiest. It brings its own pressures.

“I’m aware that we are Aston Villa. We have to do better, particularly away from home. There were times last season, away from Villa Park, when we were pathetic,” assesses Bruce, again very bluntly.

“There’s still a job to be done. But I do believe I have the nucleus. I do believe the group is better, the squad is better than when I came last October and hopefully we will mount a challenge. I’ve been 20 years getting here, my biggest club in management. I’m not going to mess it up.

“I’ve not had much to do with the owner. Every time he comes over (from China) we have a cup of tea and a chat. He’s been very supportive.

“I would say pick a manager you trust and eventually they will get it right. The Fergies, the Wengers, all of these – even my time down the road at Birmingham. I had almost seven years there.

“The supporters at Villa have been fantastic with me.

They know this isn’t an easy job, but the one thing I will do is give them a team that will mirror them, a hardworking team that cares.

“The fans want to see effort and graft and, hopefully, sprinkle a bit of star-dust on to it.”

Who will be Villa’s rivals this term?

“Middlesbrough, having come down, are having a good go at it. They have invested some money,” he said.

“There are some big clubs who have spent big. Down the road at Wolves, for instance. They have spent £15m on a player (Ruben Neves). I mean, ‘wow’.

“But you can’t predict what’s going to happen in the Championship.”