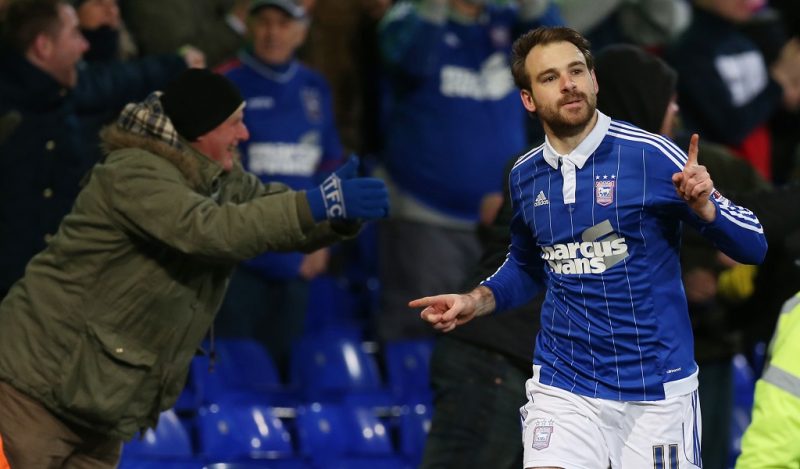 Portsmouth’s new captain Brett Pitman has revealed Bournemouth manager Eddie Howe was the person who convinced him a move to Fratton Park was the right one.

Pitman, 29, joined the South Coast club last month for an undisclosed fee from Championship side Ipswich, after scoring four goals in a frustrating 2016/17 campaign under Mick McCarthy at Portman Road.

The Jersey-born striker was eager to join Kenny Jackett’s side, but spoke to Cherries boss Howe, who played for Pompey during his injury-blighted career, before signing a three-year contract.

“His experience and knowledge of the fan base and what it means to play for Portsmouth were great,” said Pitman.

“It wasn’t anything I didn’t already know, but to hear it from someone who’s experienced it made a big impact.”

Pitman has a wealth of EFL experience, most notably helping Bournemouth win the Championship in 2015, so it is no surprise Jackett has handed him the armband as Pompey plot a second successive promotion.

With 14,500 season-ticket holders already confirmed, Pitman is honoured to be the one tasked with the captaincy, and told BBC South Today: “The day after I arrived he [Jackett] told me I would be captain. It’s a great honour.

“I’m looking forward to the new challenge of being captain. It’s only something I’ve done once or twice towards the end of games, but never from the start.”