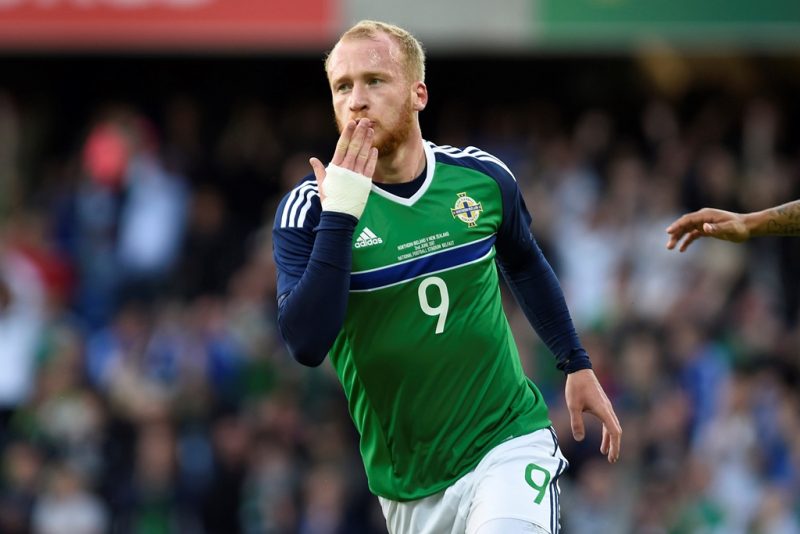 Burton Albion have smashed their club record transfer fee to complete the signing of striker Liam Boyce on a three-year contract.

The 26-year-old forward arrives after scoring 23 goals and being crowned the Scottish Premiership’s top-scorer during a stellar 2016/17 campaign with Ross County.

Boyce also scored recently for Northern Ireland against New Zealand, and Brewers boss Nigel Clough will be hoping his new recruit can emulate the form of Jackson Irvine, who joined Burton from Ross County last summer.

Speaking to the club’s official website, the manager said: “He’s a good player who can get goals.

“He was the top scorer in Scotland which, when you consider the incredible season Celtic had, that’s some going in itself. He’s another late developer and Ross County is proving a good breeding ground for players after him and Jackson Irvine.

“Liam has done very well there for a couple of seasons and he’s a full Northern Ireland international.

“Some people say he’s not easy on the eye at times but he’s a good all-round player. He’s not blessed with pace but holds the ball up well and gets in the box.

“If you think of all the chances we created last season then, hopefully, if we can do the same again he can get on the end of them.

“He’s the right kind of character and he is desperate to come down and prove himself in England.”

Boyce is equally delighted with his move south of the border, adding: “I’m absolutely buzzing to finally get it done. There’s been a lot of speculation so now I’m just happy to be here.

“I kept in touch with Jackson after he came down here. He has done well and it has been a good platform for him to come and play his football. He’s been brilliant the past season and I just hope to come in and do the same.

“I want to go to the next level and, no disrespect to Scotland, but the English Championship is a step up in quality and I wanted to come and test myself.”