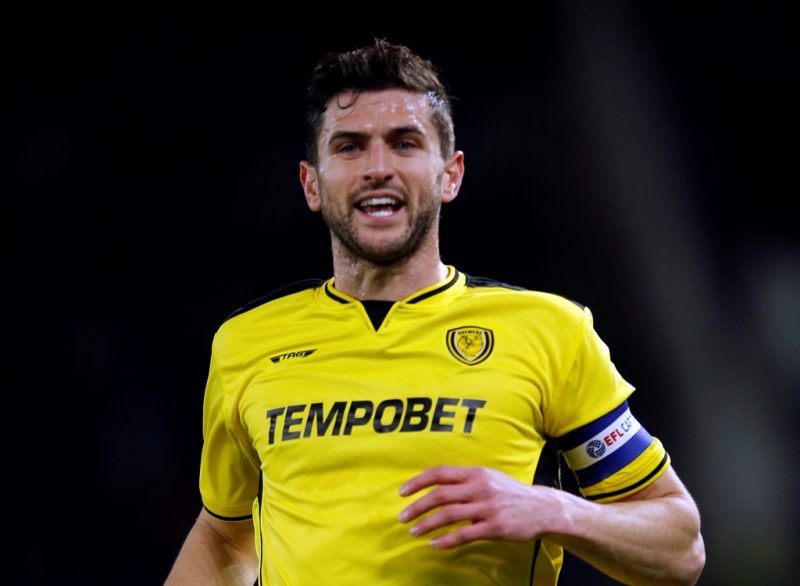 Burton Albion captain John Mousinho is raring to get going again ahead of next season after signing a new one-year deal with club.

The 31-year-old defender played a vital role for the Brewers last season, featuring 32 times as Nigel Clough’s side defied the odds to eventually remain in the second tier reasonably comfortably.

Many pundits and ‘expects’ expected Burton to struggle, but they did excellently well in their first season in the Championship, as did Mousinho who has now captained the Brewers in all three EFL divisions.

Speaking to the club’s official website, the former Peterborough man said: “First of all it was very pleasing to keep the club in the Championship and a great achievement for all the boys but once that happened the priority for me was to sign again.

“I’m massively happy as I have said along that is what I wanted and when the manager called me into his office and said he wanted me to stay it was an easy decision.”

While last season was a venture into the unknown, less than a decade after Burton had been playing in non-league, the coming season will bring greater expectations and the Brewers will no longer have that element of surprise about them.

As Clough works over the summer months to refresh his squad and improve them on the training pitch, Mousinho is already looking ahead to the hard work and another season battling against some of England’s most historic clubs after his breakthrough year.

“The manager will be looking to add players to the squad here and there but I’m sure if we can keep the base of the team that has done so well we will be set up nicely for next season.” said Mousinho.

“The Championship was a bit of an unknown for me and you never know how you are going to adjust and adapt. Now I feel in a lot better place with that season under my belt and that experience to call upon.”