Home / Featured / Big Interview: Nigel Clough – ‘I told my players to show what they can do against the Championship’s big-earning players’

Big Interview: Nigel Clough – ‘I told my players to show what they can do against the Championship’s big-earning players’ 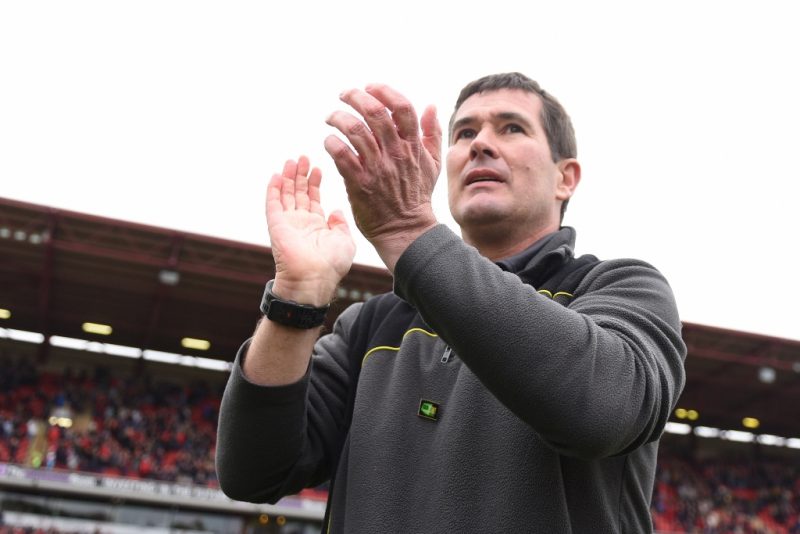 ONE of the reasons Nigel Clough joined Burton Albion was because he had a five-month-old son and didn’t want to uproot the family.

William is now 19, a fan who goes by train to see dad’s team play. He’ll be watching them at Championship grounds again next season.

Safe to say grandad would be proud. Brian Clough did amazing things, but for what Nigel has done at Burton manager of the season would not be out of order.

Chelsea’s Antonio Conte has won the Premier League, but would he have done it with no training ground?

Newcastle’s Rafa Benitez has won the Championship, but would he have done it on a top gate of 6,746 this season?

Real Madrid or Juventus will win the Champions League, but would they have got to a classic final worrying about a ground with seats in just one stand?

“We still can’t believe it. On Sunday our supporters, after the game with Reading, stayed behind. The usual lap of honour, you know and you could see the look on people’s faces,” says Clough. “The supporters’ faces, were like ‘We are doing it again next year’. I don’t think they could quite believe it, that we had scraped over the line.”

Clough adds, firmly: “We think we deserve it as well, to get to that 52 points.

“We’ve been surprised at the media interest in the last week or so since we did it. Everyone assumed we would just slip back into it in the last few weeks of the season with the form that all of a sudden Blackburn started showing while Bristol City got out of it. To have to get to 52 points has been incredible.”

Clough had to keep revising his maths.

“We thought late 40s in points would do it. We said to the lads that five of the last six seasons 45 points has kept you up. We beat Leeds and got to 51 and we still weren’t safe. Then we got a point at Barnsley. 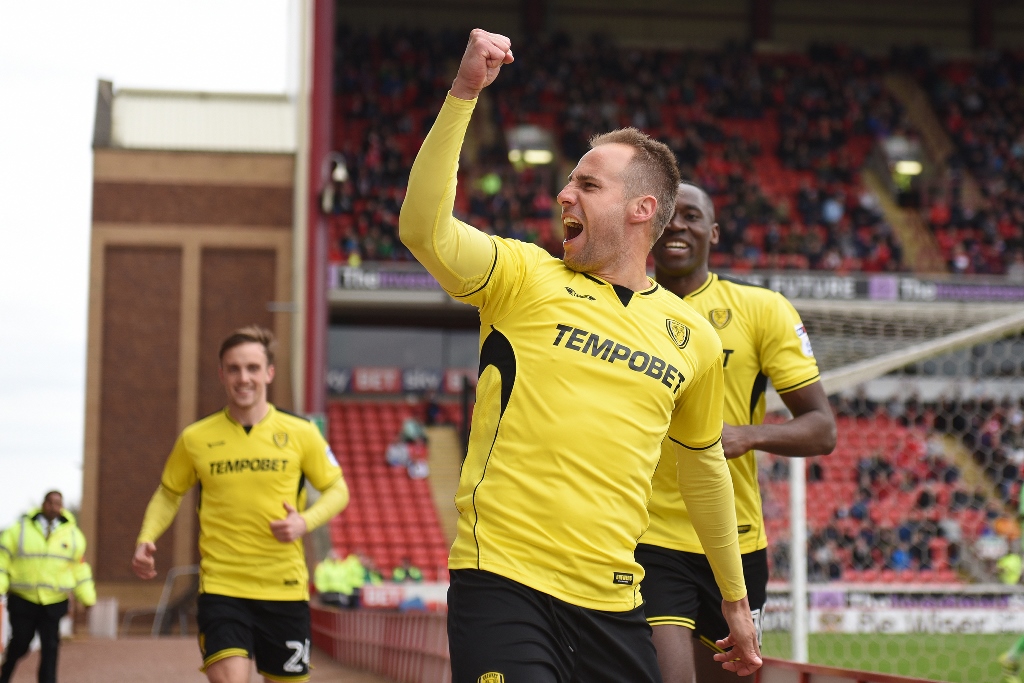 And the prize? More of the same next season. Does he enjoy it? “It’s a constant battle. I wouldn’t say it’s enjoyable.

“I’ll tell you what is enjoyable: coming to the club on a daily basis, coming in here, the people. The games are a different matter because we know we are the underdogs and we are up against it every single time.

“During the week is enjoyable. We have still maintained that atmosphere and ethos of the club as we came up. That has been one of the main successes of Ben Robinson, the chairman. He somehow has to improve everything, but he has kept that same atmosphere where everybody who comes feels it. People from the outside feel it.”

Clough turns to Nigel Powlson, who does PR for the club and is a lifelong fan.

“I don’t know how long you’ve been here, Nigel?”

“What, volunteering as well? I didn’t get paid in those days. I can’t remember. I started writing the programme 30 years ago, I think.”

Clough digests the information. “This club is a throwback to how it used to be. Football is not a very nice business any more. The money certainly affects that side of it, but also the people it’s attracted. That’s the thing now, the good people are getting lost.

“At Burton Albion, everybody is connected. No-one is isolated. Supporters are isolated in football. They are getting separated, especially from the players because of the salaries. It’s trying to keep all that together.

“You try to surround yourself with good people. That’s what the chairman does. If you get good people around you have a chance.”

Clough is a regular reader of our sister newspaper, The Non-League Paper. Non-League is his managerial roots and he hasn’t forgotten.

The first thing Clough won at Burton after arriving from playing at Forest in October 1998 was the Dr Martens Southern League Cup in 2000 by beating Hastings. He missed out on the Premier Division title in 1999-00 and 2000-01. It was Boston the first time, then Margate.

“I keep an eye on the scene through The Non-League Paper and the amount of teams we have played over the years, clubs like Margate,” recalls Clough. “They were our nemesis and they’ve just got relegated out of the National League South. It’s amazing how it changes.

“Burton was the only job available to me. We’d just had the baby in ‘98 and we didn’t want to travel far.

“It was a player-manager’s job, which appealed to the chairman because he thought he was getting two for the price of one.

“There was only one League vacancy and it was Leeds. So I didn’t think there was too much chance of getting that. I might have been struggling. I would’ve had to change my name.”

Nigel travelled with his dad to Forest games, sitting with the subs on the bench as often as not, but William does it solo.

“He has grown up through all this,” says Clough. “From the old ground at Eton Park where William used to have a cuppa and have a kickabout. He was a mascot a couple of times.

“He is at university now, so it’s a way of measuring it all. He still comes and watches. I think that’s why he went down the road for his uni.”

As he has to leave and head for his academy technical meeting, Nigel makes a request. “Don’t make this about me,” he says. “Make it about the people here.”

It’s why he turned down the chance to leave and manage Forest (“my history there, following my dad, it was very, very difficult”)  and why he sat quietly at home, drained, tired, with his son, daughter, wife and a glass of champagne after getting the decisive point at Barnsley.

Before they sign any player, Nigel, his assistant Gary Crosby, coach Andy Garner and goalkeeping coach Martin Taylor will all make assessments.

“We can’t afford to make mistakes. They also have to fit in,” says Clough.

There’s a player at Newcastle who earns more in one week than Clough’s entire weekly playing staff budget.

“I use that. Tell them to go and show these big earners what they can do,” he said. “Every one of  our players has contributed something. You don’t stay up by a point if you don’t get those contributions. You are down.

“The word ‘misfits’ was used about the players. They’re not misfits, but there is a reason they are here. It’s a challenge.

“They are not idiots, they know we are favourites to go down .They come here, they look around and they see we have three sides terraced and they think it’s going to be difficult.

“We haven’t got a training ground. We are so fortunate that we’ve got St George’s Park 15 minutes up the road.

“They look after us brilliantly but we meet here, go in our cars, train, come back, get changed and have a bite to eat.”

It was 30 years this week since Burton first played at Wembley, a goalless FA Trophy draw with Kidderminster, losing the replay

On the same day as the Trophy anniversary, Clough got a letter.

“It said it’s been so exciting having all the big teams down here and to have them again next season. No Newcastle next season but Sunderland, Middlesbrough, Sheffield United, Bolton.

“I don’t know what their anniversaries might be, what they might be recalling, but ours is the day we got to the FA Trophy final. We’ll be the only ones doing that.”

One thought on “Big Interview: Nigel Clough – ‘I told my players to show what they can do against the Championship’s big-earning players’”