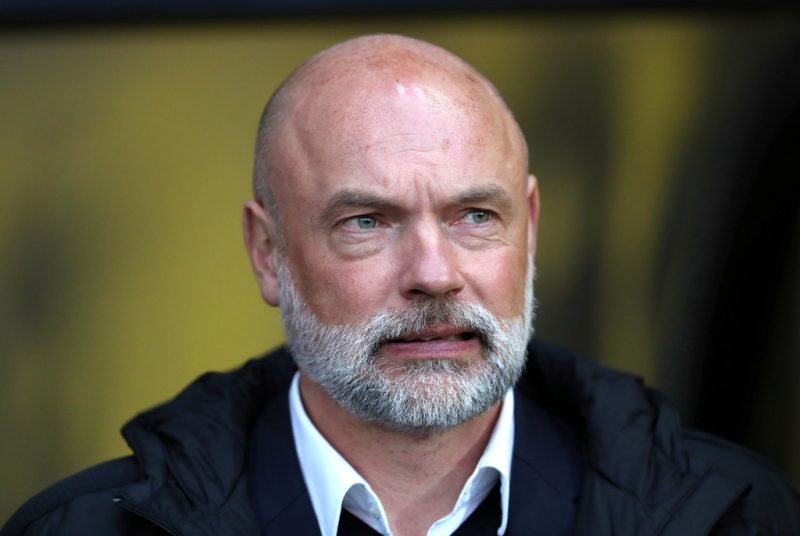 Fleetwood boss Uwe Rosler has said he is expecting discussions with the club over the close season regarding his contract.

The 48-year-old German joined the Cod Army at the beginning of the season, and signed a two-year deal with the club before leading them to their highest ever league finish and a place in the League One play-offs.

However, despite coming fourth in a season that included a memorable 18-game unbeaten run, Fleetwood fell in the play-offs after a tight two-legged affair saw Bradford beat them 1-0 on aggregate.

Rosler’s future has been subject of intense speculation since, with Norwich and former club Wigan two teams rumoured to be interested in the former Brentford boss, but he said: “I think there is a clear message I have for you.

“One year more contract and I’m sure the club will talk to me regarding my future and then we see what happens.”

The disappointing Bradford defeat ended a brilliant season on a sour note for Fleetwood, but Rosler and his staff can be proud to have taken a club who were in step five of Non-League football in 2005 to the brink of the Championship.

However, despite being linked with moves away from the club, Rosler is not getting distracted, and is not basking in the success of this season as he already looks ahead to the start of the 2017/18 campaign.

Want to have your say on where Rosler will end up? Getting in on the action is UNIBET offering fans fast paced action with their Live Football Betting. Boost your match day experience by checking out Live Football Betting. If you can’t score a goal yourself then predict who will and increase your bank balance too. All from the comfort of your own home. Unibet’s Live Betting feature offers supporters fast paced action all at the touch of a button.

“I’ve been proud and very thankful to my players, to the club, to the supporters,” Rosler added when talking to the Eastern Daily Press.

“A monumental effort this season. We played 58 games and the last two were probably two too many, especially in the play-offs where you face a real high quality and a real intensity.

“Now I take two days off, two days sleep and then from Wednesday onwards we send the players to their holidays, their well deserved holidays, and we start for next year.”