Posted on May 3, 2017 by Matthew Bishop in Featured, Latest News, Skybet League 1 | 0 Comments 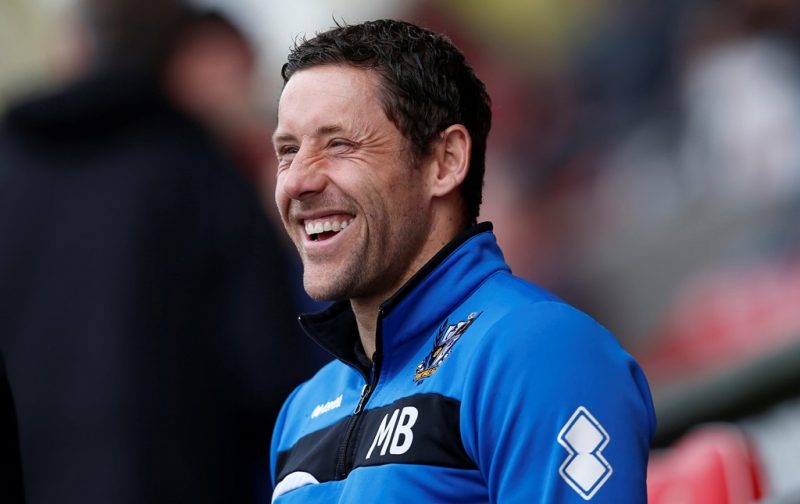 Port Vale have appointed caretaker boss Michael Brown as their permanent manager, as they plan for life in League Two.

The Valiants were relegated from League One on Sunday, despite drawing 0-0 with play-off bound Fleetwood, and Brown has been appointed with the aim to oversee the club’s return to the third tier.

The former Manchester City and Leeds United midfielder, 40, joined the club as a player in the summer of 2014, and had been in temporary charge at Vale Park since December last year, after Bruno Ribeiro resigned from the club.

Speaking to the club’s official website, Brown said: “I am delighted to be confirmed as the Manager at Port Vale, my focus now is to assemble a squad capable of getting the club back in to League One.

“Everyone connected with the Club is still feeling the disappointment from the weekend but we need to look ahead and start preparing for next season.

“I would like to thank the Club for the confidence that they have shown in me and the supporters for their continued support, I plan and hope to repay that confidence and support.”

It has been a testing time on and off the pitch for Brown and his backroom staff, which includes former Sheffield United team-mates Chris Morgan and David Kelly, with poor results for the team and chairman Norman Smurthwaite resigning yesterday.

The 56-year-old businessman became involved with the club in 2012, but decided to step down, saying he had “seriously damaged” Vale – leaving the club in limbo ahead of an important summer.

However, his replacement, president Tony Fradley, has put his faith in Brown to turn things around, despite the fact he only managed five wins in his 23 games at the helm, and the boss now has the chance to steer Vale back to where they’ve come from.