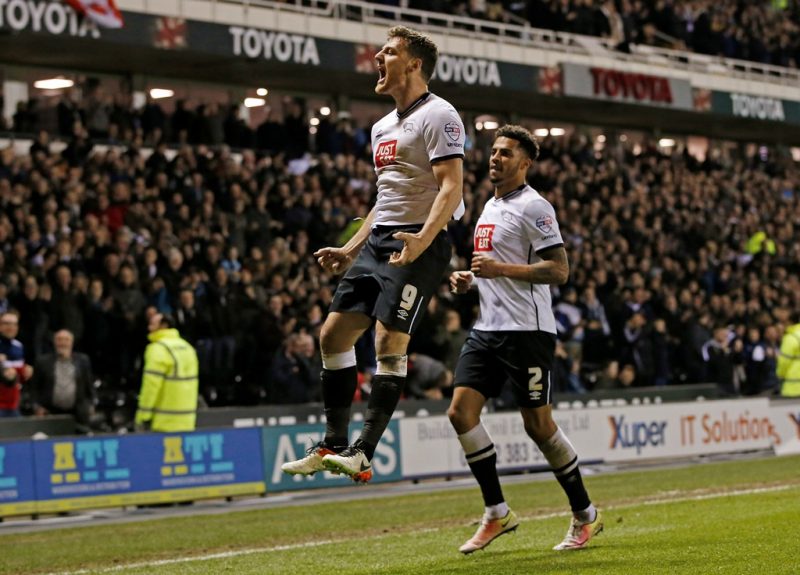 Derby County manager Gary Rowett has assured fans that Chris Martin remains part of his plans at the iPro stadium.

The striker, 28, has been on a season-long loan at Fulham after Nigel Pearson decided the Scottish international was not what he needed at the beginning of the campaign.

However, in December, when former boss Steve McClaren returned to the Rams, Martin publicly declared he wanted to go back to Derby and even signed a new contract at the club in January while at Craven Cottage.

“I spoke to Chris.” Rowett told Radio Derby during a fans phone-in. “The general feeling is he wants to come back.

“He’s contracted to the club, he’s coming back. He’s a player I think the team has missed.”

Martin has scored 11 goals for Slavisa Jokanovic’s play-off chasing side this season, but has been itching to return north ever since the turn of the year.

Fulham refused to let him return to Derby, saying he must honour his contract while also realising a return to the Rams would strengthen his parent club’s play-off bid, while weakening theirs.

Derby’s promotion aspirations faded long ago, but as the Cottagers look likely to secure a place in the top-six, Rowett is already planning for next season, with Martin part of the squad.

Rowett concluded: “At this moment in time, Chris Martin is our player and I fully expect him to be here next season.”