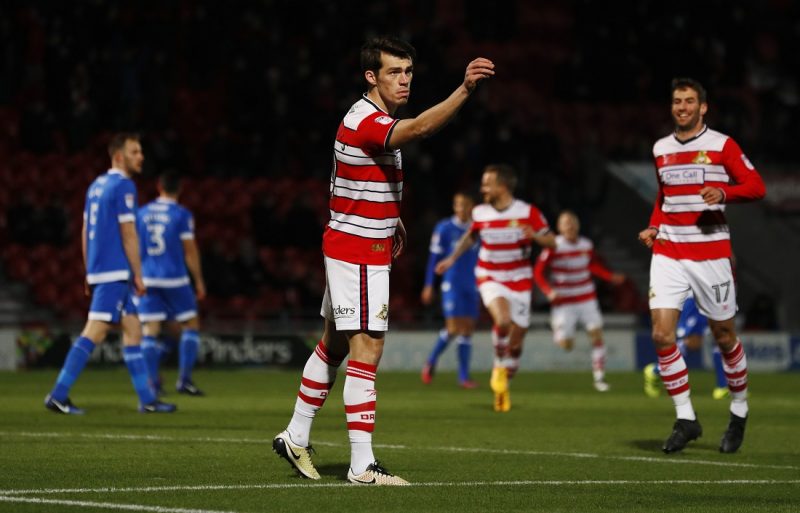 Bristol City have joined the mix of Norwich City, Barnsley, Ipswich, Blackburn and League One side Sheffield United in the hunt for the 24-year-old’s signature.

The forward has netted 26 league goals this season to fire Rovers to a destined return to League One at the first chance of reply following their relegation in 2015/16.

Marquis has managed to extend the form he showed on loan at Northampton, where he scored six goals in 15 games last season, into the current campaign after becoming one of boss Darren Ferguson’s first signings of the summer.

Bristol City are far from having the worst scoring record in the league this season with 50 goals in 40 games, but their recent shortcomings in the Championship are owed to their failure to score in five of their last 10 matches.

With veteran striker Aaron Wilbraham set to have his contract expire and loan prodigy Tammy Abraham heading back to Chelsea, the Robins have strikers as their top priority in their summer recruitment plans.

Doncaster’s negotiating position will be troubled by the 14 months remaining on their top scorer’s contract. But, given their sound financial footing they have remained firmed in saying they ‘have no intention to sell’ Marquis.

Aided by skipper Tommy Rowe, James Coppinger and Matty Blair, Marquis has inspired Doncaster to top in League Two. A full 16 points clear of Stevenage in fourth and know a victory over Mansfield on Saturday will seal promotion.