Dunlavy: Blackburn fans need a sign of Venky’s clearing off

WORKING for Venky’s, the feckless cretins who bought Blackburn in 2010, is like believing in God. You hope he’s up there. You pray he’s got your back. But, in reality, you haven’t got a clue.

For all their billions, the Rao family’s resources have never stretched to a phone call or a plane ticket to England.

Fans, journalists, successive managers – none of them has been able to open lines of communication with the family home in Pune, India.

All except one. Ayush Srivastava, a correspondent for Goal.com, claims he spoke to the Rao family in 2013 and gleaned this little nugget.

“The logic behind buying Blackburn was to leverage the brand across Asia,” he said. “Venkatesh Rao reportedly said, in Vietnam they were able to clear land for a factory easily because everyone knew who they were through Blackburn.”

So don’t worry, Rovers fans. Yes, your club is a laughing stock. Yes, they’re 23rd in the Championship, £106m in debt and have just appointed a seventh manager in eight years. But at least Venky’s have built a chicken factory in Hanoi, eh?

I’m sure the thought of freshly-plucked poultry rolling off the production line will be a great distraction from your ruined club flapping about in League One.

During an impassioned interview on BBC Radio Lancs following this week’s dismissal of Owen Coyle, Chris Sutton vocalised every Blackburn fan’s feelings about the catastrophic reign of the chicken-chomping chumps.

“They’ve ripped the heart out of the club,” said the former Rovers striker. “They’re dismantling it brick by brick.

“The club is in freefall. The supporters see it. The owners must see it. But do they actually care?”

Over the last two transfer windows, some £20m has been trousered from the sales of star players like Jordan Rhodes, Rudy Gestede and Grant Hanley. Just £250,000 has been spent.

Lambert was promised a war chest but was granted peanuts and quit in disgust. Coyle was told in January that money was available “if the right player became available”. He dutifully submitted a four-man list and was palmed off with an unwanted loanee in Lucas Joao. 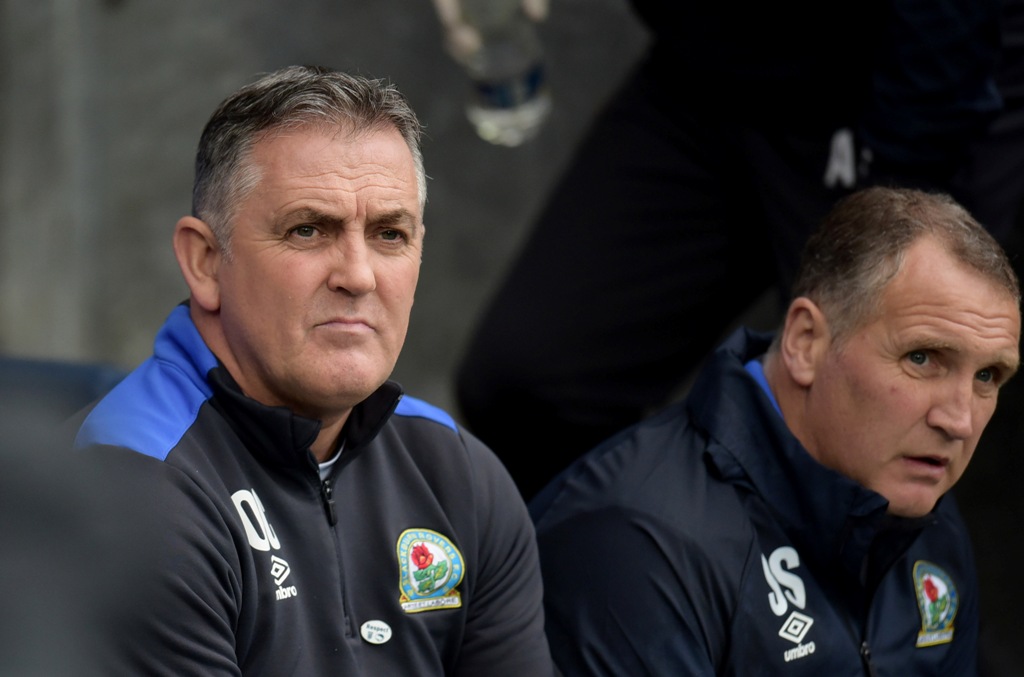 Owen Coyle was the most recent manager to depart Ewood Park (Picture: Action Images via Reuters)

This week’s appointment of Tony Mowbray was only rubber- stamped after the Teessider agreed to work with existing staff – an issue that prompted Neil Warnock to reject the post last summer.

Of course, we all know why investment has dwindled. Sponsorship, TV revenue and crowds have plummeted. Income streams are drying up. League One looms.

Yet the Venky’s are not owners in the mould of Eddie Davies, who spent years subsiding Bolton’s losses in a gallant bid for success.

They are no Andy Pilley, without whose largesse Fleetwood would be doomed by small gates and a tiny catchment.

This is a mess wreaked entirely by their own amateurish management, starting with the day they sacked Sam Allardyce in 2010 and continued with every rank appointment or hasty dismissal.

Most of those men pocketed vast pay-offs, like the £2m Henning Berg received for his 57 days’ work. Most brought in rafts of players, only for the next man to do likewise, wrecking cohesion and ramping up costs.

That is why supporters deserve answers. “People can accept mistakes,” added Sutton. “Everybody makes them, but not explaining yourself is inexcusable.”

What Rovers fans – and indeed Mowbray – need to hear is a plan, an exit strategy, something that suggests their club means more to Venky’s than clearing fields in Vietnam. A desire to sell up and clear off would be manna from heaven.

Without that, Mowbray will fail, just as Coyle did before him. He will be misled and frustrated, just as Lambert and Gary Bowyer were.

Without that, all but the most masochistic supporters and cut-rate sponsors will turn their backs on Ewood Park.

Without that, there is no hope that things will improve. And, without hope, this once-proud club has nowhere to go but down. Blackburn desperately need a sign.

*This article originally featured in The FLP on Sunday 26th February.