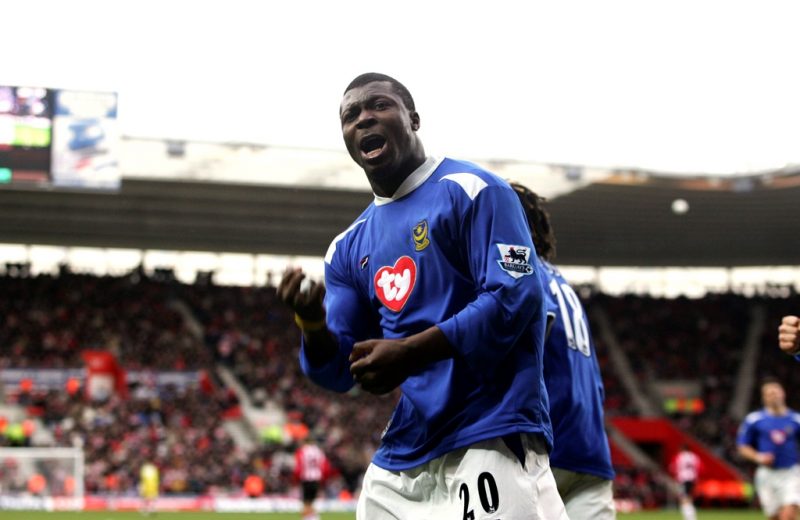 Coventry City have completed the signing of veteran striker Yakubu on a free transfer.

The former Portsmouth and Everton forward has been without a club since leaving Turkish outfit Kayserispor at the end of last season, playing in a friendly for non-league Boreham Wood earlier this season.

But the 34-year-old has found a permanent club in the Sky Blues, having trained for Russell Slade’s side over the past week.

“The Sky Blues have completed the signing of ex-Everton talisman Yakubu on a deal running until May 2017, pending international clearance,” an official club statement confirmed.

“The 34-year old brings a wealth of top flight experience, having made over 400 professional appearances and scored over 170 career goals.

“The forward had a brief spell in Turkey last season, featuring on twelve occasions for Super Lig outfit Kayserispor,” the statement read.

Leaving English shores back in 2013, Yakubu was one of the first players drawn to a move to China as clubs of the Chinese Super League flexed their financial muscles – signing for Guangzhou R&F from Blackburn to earn a £5m-per-year salary.

Back to modest means, Yakubu now joins the fight to keep City in League One as boss Russell Slade hastens to add attacking options in the wake of the club’s 3-2 defeat to relegation rivals Oldham on Saturday.

“We’re pleased to have secured the signing of Yakubu, who brings vast experience and a terrific goal record,” Slade said.

“His professional career speaks for itself, having scored consistently at the highest level of English football, and will act as a superb role model for the younger players.

“He is astute on the ball, has clear quality and presence, and we’ll continue to work on his match fitness as we prepare for the final 16 games of this season.”