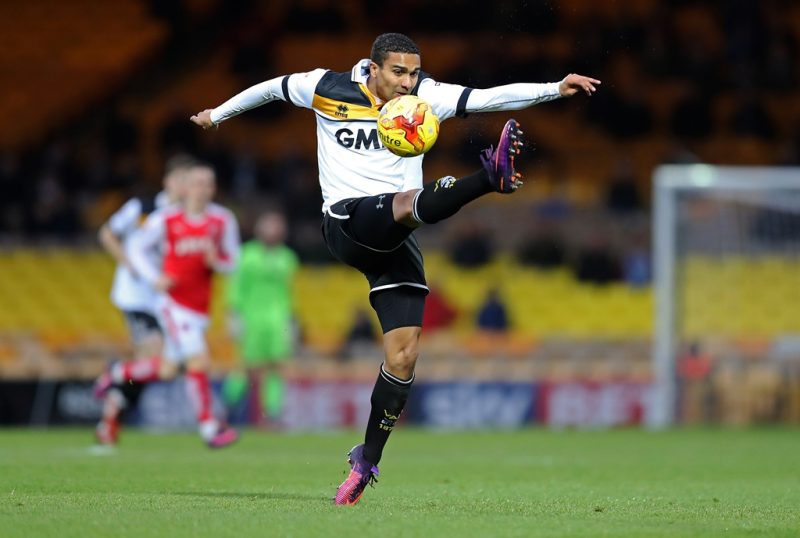 BEFORE this season, Jerome Thomas had played in the top two tiers of English football for all of his 15-year professional career.

However, despite dropping to League One, the Port Vale winger is delighted just to be back playing regularly after three frustrating years without regular first-team football.

Thomas came through Arsenal’s storied academy but made only a handful of League Cup appearances for the Gunners before making his name during four years at fellow Premier League side Charlton Athletic, having joined the Addicks in 2004.

Following an injury-ravaged spell with Portsmouth, he enjoyed three successful years at West Bromwich Albion but signed a short-term deal with Rotherham United in 2016 after an unhappy time with Crystal Palace.

The 33-year-old helped the Millers stay in the Championship last term but opted to drop down to the third tier with Port Vale over the summer.

A string of eye-catching performances in Staffordshire are vindicating that decision.

“It’s been good to get back playing. That was the main reason for signing,” Thomas explained.

“After not playing many games in the last four years, the most important thing was to be back starting for a team who let me play my attacking game.”

Thomas was faced with a choice at the start of the season: whether to join a Championship team battling the drop or a League One side gunning for promotion.

He chose the latter but, although Vale started the season impressively, they have faltered in recent months. Manager Bruno Ribeiro, who persuaded Thomas to make the move to Vale Park, resigned in December.

The Valiants are currently under the eye of caretaker boss Michael Brown, who made a name for himself as a no-nonsense central midfielder for the likes of Sheffield United, Tottenham Hotspur and Fulham.

According to Thomas, Brown’s management style is similarly full-on. But, with the team having slipped into mid-table obscurity in recent times, that is not necessarily a bad thing.

“We’re all behind Browny,” said Thomas. “He has shaken things up a bit. Training has been a lot more intense. He’s had us doing double sessions. We’re trying to incorporate what he wants us to do, starting off with being harder to beat and conceding fewer goals, and trying to create more chances. 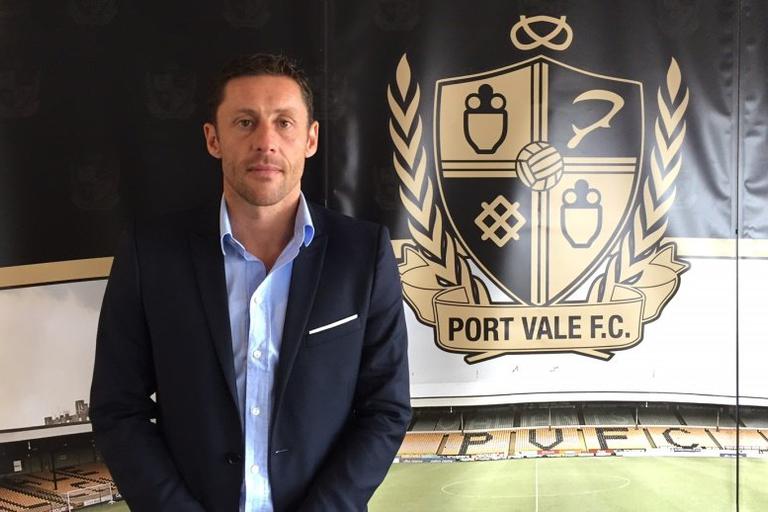 “It’s hard for him because he’s inherited a squad that was Bruno’s, but Browny knows what he’s doing and I’ve been impressed with him so far.”

Thomas will be 34 in March but claims the lengthy period without regular first-team football means there is still plenty of life in his legs yet.

“Partly it’s down to good genes, so I should really thank my parents!” he added. “But I didn’t play consistently until later in my career. I had a year out at Portsmouth with a bad back injury, and had almost four years without playing until this season.

“In that time, I’ve ticked over, but it’s helped my body the fact that I’ve not played as much. I still feel good and I’m just going to keep going for as long as I can.

“I’ve missed so much football in recent years. I think, because of that, I still feel good at 33.

“Now I’m trying to finish my career strongly. The 20 games I’ve played is more than in nearly four years combined, and if I could get anywhere near the 40-game target then I’ll be delighted.

“Anyone who has been consistently watching Port Vale would, I hope, be impressed.”

*This article originally featured in The FLP’s 29 January 2017 edition. Pick up your copy every Sunday for £1.50.