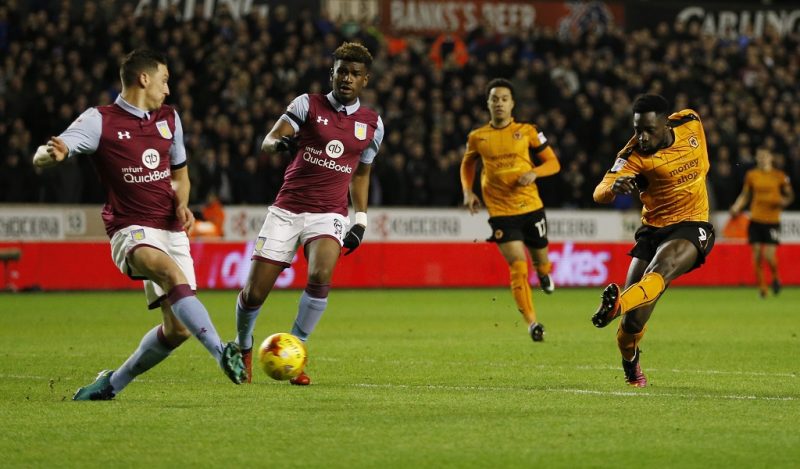 Wolves striker Nouha Dicko has handed the club a big boost by signing a deal that will keep him at the club until 2020.

The 24-year-old Mali international has put pen to paper on the new three-and-a-half year deal after recovering from a cruciate ligament injury that prevented him from playing for much of last season.

However, this campaign has been a much brighter one for Dicko, who has played 19 times, and with 15 goals in 40 appearances for the club, Wolves are understandably delighted the striker has extended his stay in the Black Country.

Talking to the club’s official website, head coach Paul Lambert said: “It’s great for us that Nouha has signed a new deal.

“He is a major threat to opposition defenders with his pace and now I think he just needs to get a goal under his belt.

“He has been great since I have been here having come back from a long term injury.

“Players like Nouha are really difficult to find, with such genuine speed. And he is still only a young guy, so he has got his whole career in front of him.”

Although happy Dicko is staying, Lambert is correct in pointing out that the pacy forward is in desperate need of a goal to really kick-start his season.

With just two all term, against Crewe in the EFL Cup, Dicko has not always looked at his most confident this season in what has been a stop-start campaign for Wolves, and he will be hoping for a more prolific second half of the season.

The striker told the club website: “Obviously, I’m really delighted to extend my contract here and I’m glad the club showed great faith in me, I hope that I can pay them back on the pitch.

“I’ve been here for three years now and my time has been really good – there have been some tough times too.

“I stay positive and I believe the good times are coming.

“I am confident in myself and my abilities to help the club to bring those great days back.”