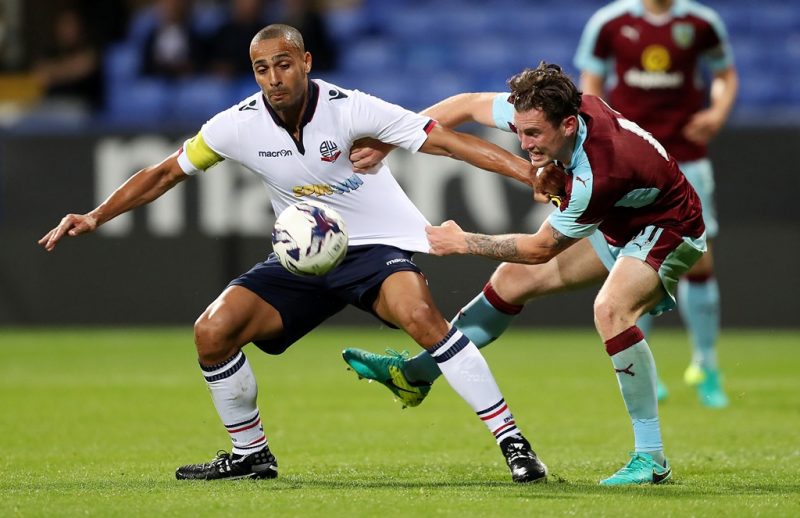 That would be a West Ham game. I don’t know who against, but when I was a very small boy my uncle used to take me to Upton Park a lot. I am from Barking, so I was always going to be a Hammer, but when I joined Arsenal’s academy, aged nine or ten, I supported them, too. My dad also took me to a lot of England games, so I have been going to matches for as long as I can remember.

When I was young, it was always Tony Cottee, but when I went to Arsenal and started to understand the game a bit more, I fell in love with Dennis Bergkamp. At that sort of age, you could see he was the best player on the pitch every week.

I think they were a cheap pair of Gola boots. They had moulds on them and I loved them at the time. I had them for a few years before getting a pair of Ryan Giggs boots and then some Puma Kings, which I still wear now.

That would be a West Ham one. I did not have many kits as a kid, just one or two West Ham ones and then the odd England kit. When I joined Arsenal, I started to get theirs, too. I don’t really swap shirts with players, though I do have Wayne Rooney’s because my brother asked for it. He is a big Manchester United fan, and Wayne and I played together in the England U15 side, so I knew him well enough to ask.

My debut was for Fulham against Wigan in 2003. I was a young lad, making my way back then, but I played only twice off the bench for them. The following season I went to Brentford and played 16 times, so that was when I really got going. Martin Allen was my boss at Brentford and he is a crazy man! He is one of the best managers I have ever had. A really nice man, a family man and he took a chance on me.

I was playing for Brentford and we went up to Blackpool. We were 2-0 down and it was a half-volley, quite a good strike, and it got us back in the game. We lost 2-1 in the end. My best ever day was for Swansea against Cardiff when I scored two goals and we won. A lot of people always talk about the goal against Forest in 2011 from the half-way line, but I did not play much that season because I did not sign a new contract at Swansea. It is the one regret I have because Swansea got promoted and I did not enjoy it that much. I went from playing every game to being a bit-part player.

That was for Swansea away at Brighton. It was my first season at the club and we lost 3-2 in the end. I was playing against Dean Hammond, made two late challenges and got two yellow cards. Dean was incredible that day. Luckily, I have not been sent off too much!