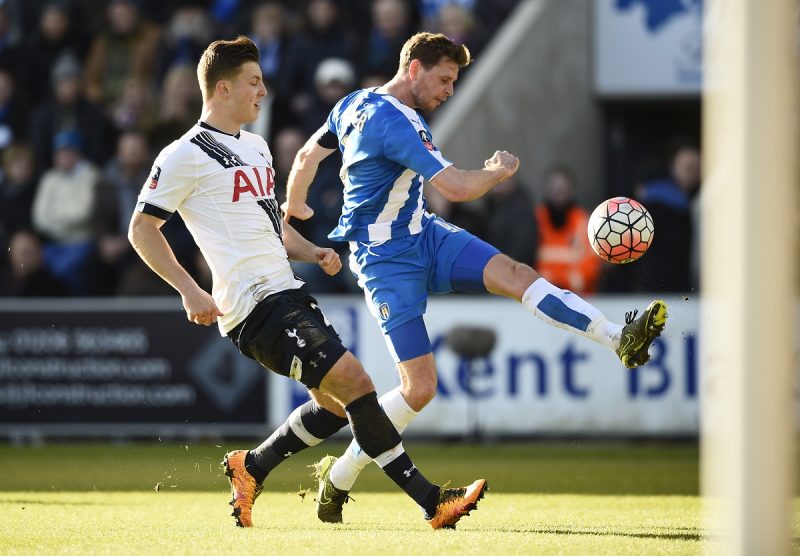 DURING a two-month injury lay-off, Chris Porter turned 33 and saw Colchester United turn their fortunes around without him leading the line.

You could have excused the veteran striker for thinking that he was nearing the end of a long career, but now he is back the No.9 insists that couldn’t be further from the truth.

Porter failed to play between October 30 and Christmas due to a niggling hamstring injury, returning to play the final nine minutes of a 1-0 victory at Luton on Boxing Day.

But just five days later Porter came off the bench at half-time to score his seventh goal of the season in a 4-2 win at Stevenage, before starting and playing 89 minutes in the triumph against Cheltenham on January 2.

Those seven goals ahead of yesterday’s clash with Carlisle mean Porter has already matched his tally of the previous two seasons for the U’s.

And as he slips down the footballing pyramid – having played for Derby in the Championship in 2008 before moving to League One Sheffield in 2011 and then suffering relegation with Colchester last term – Porter is adamant he still has plenty more to give.

“It was a frustrating seven or eight weeks really. Obviously I was doing quite well before I got the injury so it was an annoying time to get it,” said Porter, who has played in the Scottish Premier League with Motherwell.

“But I’m very happy to be back. It definitely felt good to get some minutes under my belt and then a full game.

“The sooner you get a goal after a lay-off the better; if it’s a few games before you get one it can build up a bit of pressure. So it was nice to get on the scoresheet again and a bit of a relief.

“I had a lot of rehab, not many days off and I was in the gym a lot. That’s all you can do really,.

“The thing that really sorted me out were the therapy injections I had in Leicester, they were what made the biggest difference, as well as a lot of stretching and strengthening.

“But there wasn’t a great deal I could do until the pain went away, and the injections were what did that. They’re not a temporary pain relief. They’ve hopefully stopped the cause, so it should keep me pain-free.

“I feel as fit as I have done throughout my career. There’s no reason why I can’t keep playing at this level or even higher for a few years yet.”

While he was on the sidelines, Colchester went from a team that had not won in 13 games to a side that went seven unbeaten ahead of yesterday’s visit of the Cumbrians.

Porter arrived just in time to help the U’s to victories against Luton, Stevenage and Cheltenham as John McGreal’s men headed into this weekend’s  one place and two points off a play-off spot.

Porter believes now is the time to add a promotion to his CV for a career that has so far spanned 14 years,

“The turnaround has been great, but even when we went on that bad run we were playing some pretty good stuff,” he added.

“We were unlucky not to get any wins in those ten or so games; we played some teams off the park and weren’t getting the rub of the green.

“It doesn’t surprise me that we’ve turned it around, but now we have there’s a much better atmosphere.

“We’re over halfway through the season and we’ve played every team in the league. We honestly don’t feel there is anyone to be fearful of.

“The next couple of months are crucial in terms of promotion. There’s a bit of a gap between us and the top three, but there’s no reason we can’t close it.”