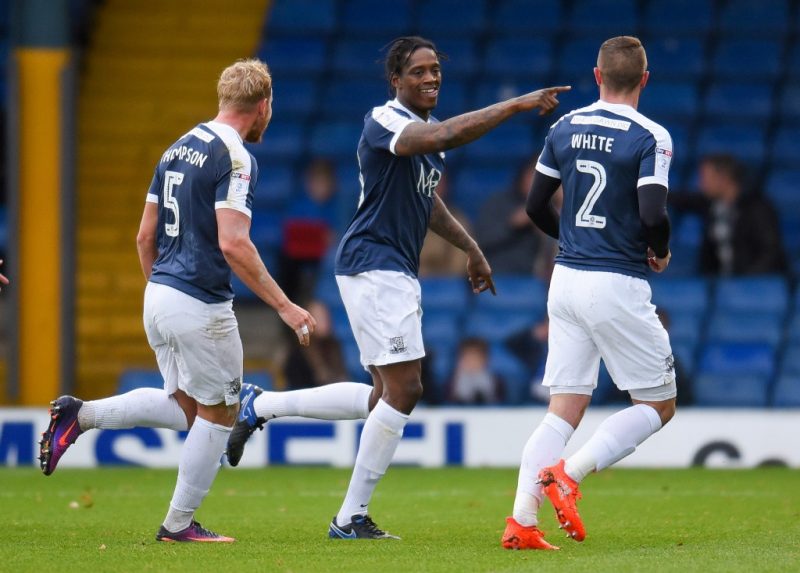 Southend United striker Nile Ranger is facing a possible prison term after pleading guilty in court to a charge of conspiracy to defraud by obtaining bank details.

The 25-year-old and his League One employers will learn his fate when he is sentenced in April at Wood Green Crown Court.

The court heard that Ranger conspired the bank details of a woman called Diane Bloss in February 2015 and move £2,090 from one account to another, causing Bloss to lose that sum of money.

Ranger denied a second charge of money laundering, while his legal counsel argued for leniency in sentencing due to the former Newcastle and Swindon striker’s last serious conviction coming more than 10 years ago.

Southend are understood to stand behind Ranger, who they signed to a three-and-a-half year deal, despite his legal battle and in doing so would suggest they do not believe a custodial sentence is likely with there being chance he could walk away with a suspended sentence or fine.

“This misdemeanour occurred two years ago and therefore a long time before Nile Ranger joined the club,” a club spokesman told Echo News.

“We understand that Nile was in a very dark place at the time with many people, including the football industry, turning their back on Nile.

“The club will never condone such behaviour and had Nile been a Southend United player at the time then there would have been no hesitation in terminating the player’s contract.

Six months after the accused crime was said to have taken place in 2015, Ranger, then a Blackpool player, issued a public apology and pleaded with manager Neil McDonald to give him another chance after failing to appear for training sessions for months.

Responding to a journalist’s question about Ranger’s apology, McDonald replied, “the player has no future at this club, you’ll have to ask the hierarchy why he is still here.”