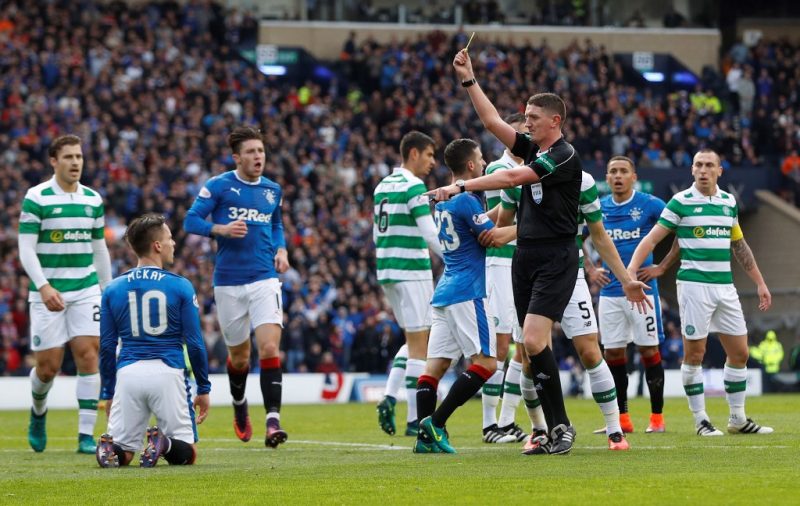 January transfer dealings so far this month have displayed some pretty eye-watering figures and valuations on an English club responding to interest from a fellow English club.

Championship Aston Villa have overlooked the fact Henri Lansbury has just five-and-a-half months remaining on his contract at divisional rivals Nottingham Forest to bid £3m for the midfield dynamo.

With the TV money and new and wealthy owners generating the Championship into the most lucrative second division league in world football, asking prices are adjusted to what many can argue are ‘overpriced’.

Fulham value Tom Cairney at £15m. The same sum of money has been applied to Scott Hogan by Brentford. So where do Championship clubs turn to in their efforts to find a player of sufficient ability at a reasonable (hopefully) price?

Below are five players who can be matchwinners on their day north of the border.

A wideman not short of confidence and not short of pace when it comes to taking on opposition defenders. Arguably the Gers’ main source of creative flair, the 22-year-old was the stand-out performer for the home team in this month’s Old Firm meeting at Ibrox. Which no doubt would have attracted scouts from across England.

Quick feet and an appetite for troubling defences by cutting in from the left wing, McKay displayed a fighting mentality and barrels of stamina as the rest of a Rangers team looked fatigued trying to clinch a late equaliser against their fierce rivals.

Bottom of the table Inverness have scored two fewer goals than second place Rangers in the league.

McKay’s contract is up in the summer of 2018 and this will have clubs both in the Championship and the Premier League on alert.

Crystal Palace are reportedly interested in this former non-league forward who has provided a third of Motherwell’s goals this season.

Moult has drawn scouts from Cardiff City, Rotherham and Burton to Fir Park after a tally of nine goals in 16 league appearances in the SPL.

Why the 24-year-old former Wrexham striker has yet to be the subject of a formal bid lies mainly in the path his career has taken.

Untested in English football, the former Stoke City academy product garnered eight starts in two loan spells at Bradford City and Northampton before descending into the Non-League pyramid with Nuneaton upon his release.

In Non-League football, Moult would prove his class by surpassing the target of 15 goals for the season to earn a move to Wrexham, where he would achieve the same feat. Leading to Motherwell to pay £125,000 for his services in 2015.

That sum has so far paid dividends to the Steelman who have slapped a £500,000 asking price on their forward who displays off-the-ball movement troublesome to mark for a defender and a good aerial ability.

What’s more Motherwell are a Fans’ Trust-owned club. The majority of Championship clubs could outlay £500,000 easily, but not if they have a number of targets for other positions in mind. 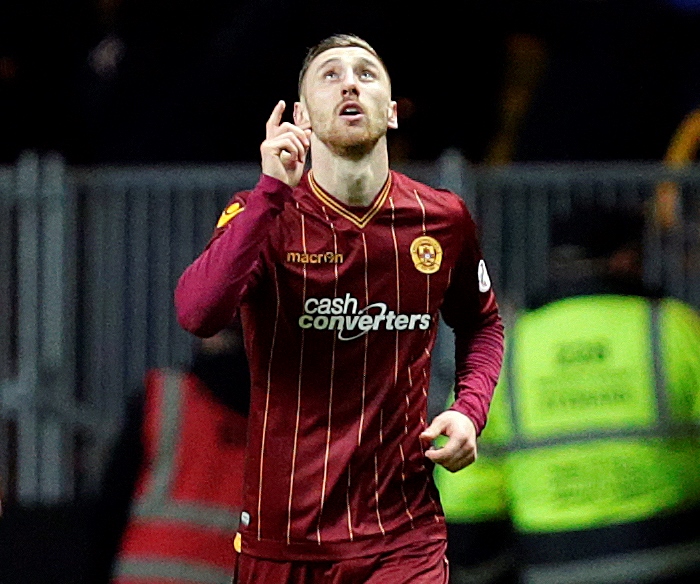 The best central midfielder in Scotland. A player who combines the technical ability of Barry Bannan with the dogged physicality of Scott Brown. Although he’d prefer to play attractive football rather than let the game get ugly.

In Aaron Ramsey, Wales have a midfielder England would have in the centre of their midfield. For Scotland, Armstrong is the closest thing they have to someone of similar stead.

Comfortable in controlling a match’s tempo and a capable threat when standing over a set-piece, Armstrong is one to turn defence into attack.

Celtic would command a significant fee to earn a profit on the £1.75m they paid Dundee United in 2015, but the depth in the Bhoys midfield should keep demands within the margins of a Championship suitor’s budget.

With eight goals and five assists in 17 league appearances, Armstrong embodies a talent worthy of a league as competitive as the Championship. There is no doubt he could duel with the likes of Lansbury, Cairney or Howson, while maintaining the ability to make a seamless transition to the Premier League.

Armstrong is another player with 18 months left on his contract, and January, moreso than the July or August, may be the time for a Championship chief executive to trigger the race for the Scot’s signature. 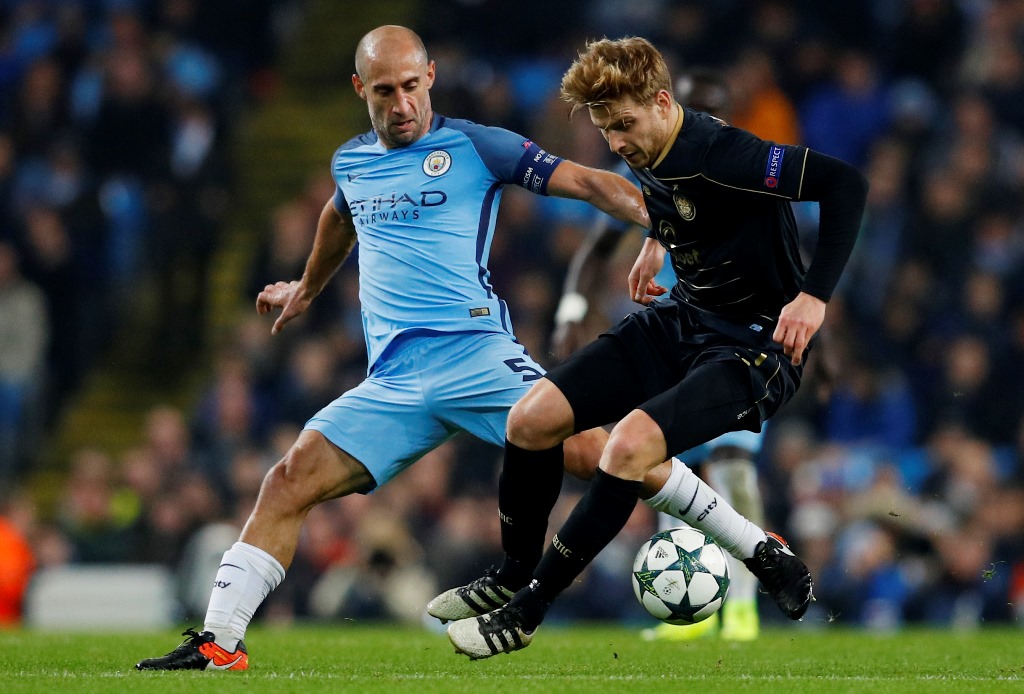 Cardiff City are already aware of Hayes and had a bid of £500,000 rejected by the Dons on Tuesday for the Ireland international.

A similar build as Bluebirds winger Craig Noone, Hayes is a trickster capable of adding spark to any underperforming wing department.

Hitting the back of the net five times this season for Aberdeen, Hayes has also turned provider on five occasions in the 17 league appearances he has made this season.

Like young Louis Moult, the Irishman began his career in England but was largely untested in what little Football League experience he was given. Released by Reading he signed for Leicester and did impress in several appearances for the Foxes before falling out of favour.

A move to Scotland followed where he would enjoy the best part of his career in a spell at Inverness and now with Aberdeen.

Under former Bristol City manager Derek McInnes, Hayes has manged to improve as a player as he nears the age of 30, forming a key part of the Dons system on the left wing with Niall McGinn on the right wing. 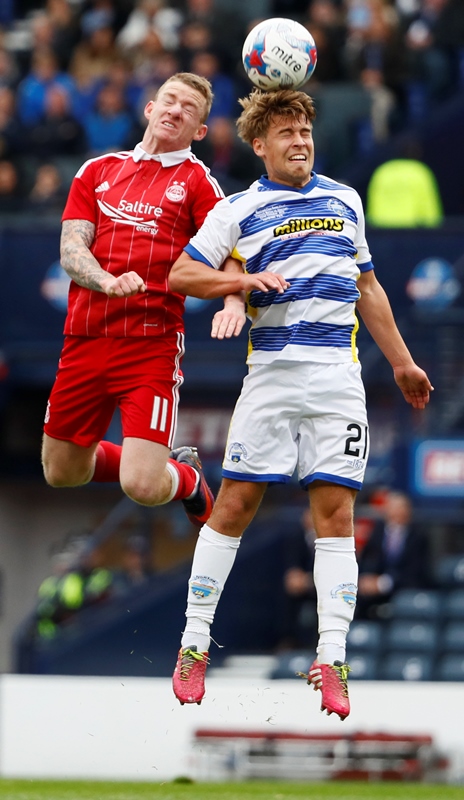 The star player in a lacklustre Hamilton side who in no uncertain terms revealed his desire to leave the club last month, saying, “I’ve been here 10 years so I’ve served my time like the others did, James McCarthy and James McArthur. They did their bit and then they moved on. So that’s something I’d look to do too.”

The 25-year-old hopes to ’emulate McCarthy and McArthur on Match of the Day’ and has the form to back such statements after scoring nine goals for the Accies in 25 appearances.

Crawford added: “I’d like to go down to England but if another move in Scotland comes up then so be it. I’ve no real preference.”

Ideally suited to play in a midfield three, the lifelong Accie can push forward and trouble ‘keepers with his stunning long-range shooting ability.

Crawford has expressed explicitly his aim to move to England in what is his testimonial year but faces an uphill task in pushing a move through, with Hamilton desperate to keep hold of the talisman as they wrestle with the unwanted prospect of relegation.

Who else represents a decent signing for a Championship side this transfer window? Comment below.