‘No disrespect to League Two, but we’re a League One club’ says Donny skipper Butler 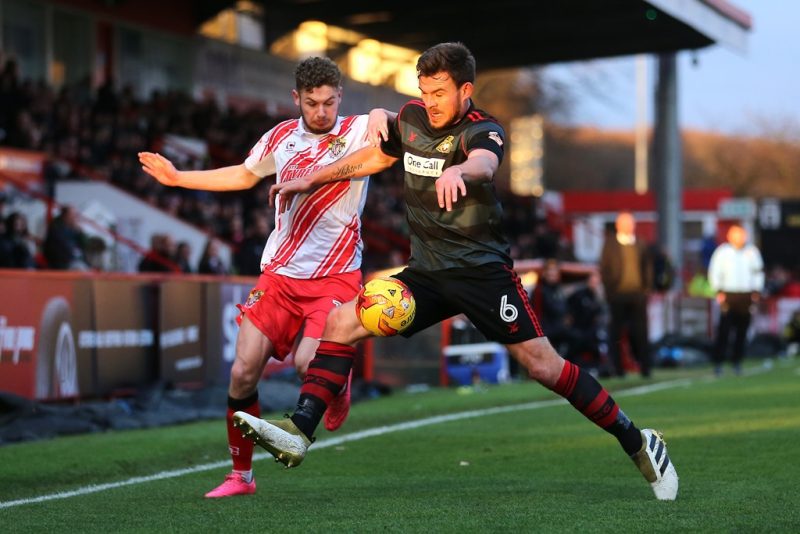 AS A qualified referee and coach of Doncaster Rovers’ under-12s, you could excuse Andy Butler for having his attentions elsewhere at times.

But the Donny club captain insists he is focused on one thing only, and that is ensuring the good times return to his home-town club sooner rather than later.

Having made his debut for Scunthorpe in 2003, defender Butler went on loan to Doncaster in October 2014 and signed permanently from Walsall the following January.

He was unable to halt Doncaster’s slide down the football pyramid, however, and this season the 33-year-old is installed as club captain with Rovers in League Two.

Now, they look hell-bent on bouncing straight back to League One. They sat top of the tree at Christmas, with Butler hoping promotion will finally get his mates off his back.

“All my friends support Doncaster and my mates are definitely first to criticise when I make a mistake,” he said.

“They give me a hard time, but they genuinely are supportive, though some of them find it really strange that they used to play football with me and now they’re watching me. It’s a bit surreal for them, but a bit surreal for me, too, when I see them wearing Rovers shirts!

“You never think you’ll have the chance to play for your home club and it brings a smile to your face.

“I know everything Doncaster have been through and, although last year wasn’t a great year, to try to rebuild is a challenge everyone is looking forward to.

“No disrespect to League Two, but we believe we should be in League One and higher than that. Promotion is what we want and what we’re aiming for.

“All promotions are special. I’ve had a couple in my career, but helping Doncaster back up the leagues is what I want.

“It would be a great feeling and good for the town. I’d love to put a smile on people’s faces and get more fans coming back to the club.

“I believe we should be looking to get back up into the Championship. You look at the infrastructure of the club and the staff and it’s geared for Championship football.

“We’ve had a couple of seasons that haven’t gone right, but I believe this a Championship club, a big club.

“The gaffer, the board and directors all have a plan and it’s about putting that into action now.”

If being club captain of his home-town club wasn’t enough responsibility, Butler has taken it upon himself to coach the club’s under-12s, alongside Shane Pallett.

Add in the fact that Butler has been a qualified referee since 2010 and it would seem he is set for a life in football after he hangs up his boots, though it might be without the cards in his pockets.

“Myself and Shane Pallett coach the under-12s. He’s the main guy and I do a little bit of the coaching. I really enjoy it,” he added.

“The 12s are a very good age. They listen, they’re keen to work and it’s all a learning experience for me because I’m new to it as well. I like to do as much as I can and keep myself busy. I just enjoy being around football, it’s in my blood.

“I’ve put the refereeing on the backburner a little bit because I enjoy coaching the youngsters.

“It’s something else I can try after I finish playing because I want to stay in football. I’ve done football since I was 16, so it’s all I really know. It’s a great environment and you want to stay in it as long as you can.

“I’m a qualified referee and I will pick it up again, but it’s just tough to fit it all in.

“My son plays on a Sunday and I coach his under-8s team, so it’s often a choice between that and refereeing.

“I’m at as high a level as I can be without committing to a Saturday game, so I felt like I was just doing Sunday League games for no reward.

“I thought I’d give it a bit of a backseat and see how the coaching goes for a while.”