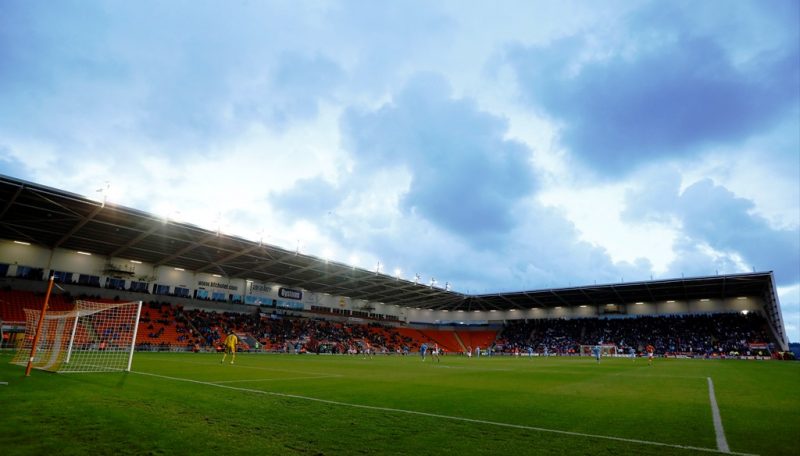 BLACKPOOL fans may be at loggerheads with their own club, but they are determined that FA Cup opponents Kidderminster Harriers do not lose out because of it.

The League Two outfit host Non-League Kiddy at Bloomfield Road this afternoon in the first round and a small crowd is expected because thousands of Seasiders fans are boycotting home games because of their frustration with the way the club is being run by the Oyston family.

Blackpool have crashed through the divisions since playing in the Premier League five years ago and fans blame the Oystons for the club’s plight.

Yet the supporters didn’t want National League North outfit Kidderminster to lose out on vital revenue they would have accrued if they had attended the game.

Therefore, the Blackpool Supporters’ Trust have set up a donate button on their website and have asked fans to donate £6 – the percentage of the £13 ticket price that would normally go to the visitors in the FA Cup.

The trust have had a great response with estimates yesterday suggesting more than 500 supporters had made a donation.

Trust chairman Steve Rowland told The FLP: “Someone did try to hack the donate page on our website and that caused a bit of frustration, but that has been sorted out and we’ll keep pushing it through to the end of Sunday.

“It’s important that fans are united and we wanted to make sure that a Non-League club like Kidderminster don’t lose out on what should be a financial windfall.

“We have had a lot of support from them and their chairman (Colin Gordon) has said it’s a ‘fantastic gesture’. Their directors have also said they will join us in protests before the game.”

The supporters’ trust are hoping the publicity will aid their cause in persuading the Oystons to sell up.

“The majority of people want that,” added Rowland. “There are thous- ands of fans who won’t go back until that happens and for so many Blackpool fans to be boycotting home games is a big sacrifice.

“So far the Oystons haven’t been willing to put a reasonable price on the club and they have batted bids away. The pressure is increasing all the time.”