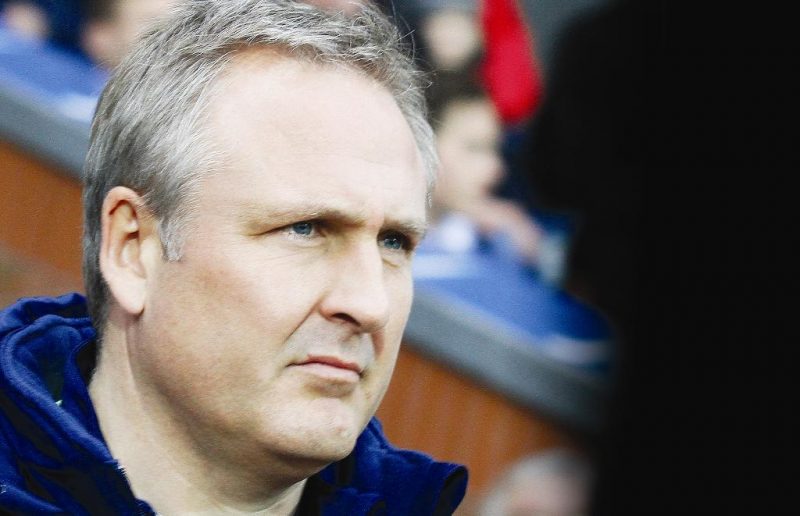 PASSIONATE, loud, frank and forthright. Mark Venus has never been shy about making himself heard.

“Mark was always a big personality with strong opinions,” said former England boss Graham Taylor, who managed the former centre-half at Wolves in the mid-90s.

“He had his own ideas on how he saw things and wasn’t afraid to voice them. And he has never been a yes man. He is blunt and to the point.”

Which explains why the 49-year-old has never hidden his ambition to step out from the shadows of long-time partner Tony Mowbray.

Strongly considered by boyhood heroes Middlesbrough when Mowbray departed in 2013, caretaker Venus was eventually overlooked in favour of Aitor Karanka.

Favourite on a four-man shortlist at Hibernian in 2014, he then had to watch as old foe Alan Stubbs got the nod. That same year, applications to Hartlepool and Shrewsbury led only to further rejection.

“I want a career in management,” he said at the time. Now, after four wins from five games and a remit to lead Coventry until January following Mowbray’s resignation, Venus has a chance to stake his claim.

In truth, persistence has never been a problem. Released by home town club Hartlepool at 18, he wrote to a host of clubs and was eventually offered a trial by Leicester City in 1985.

Impressed, the Foxes handed Venus a contract and so began a 20-year odyssey taking in three years at Filbert Street, a legendary decade with Wolves, promotion to the Premier League with Ipswich and a last hurrah at Cambridge.

Robust, aggressive and technically proficient, Venus was valued for his versatility and – unusually for a second tier defender of his era – his technical proficiency.

“He could play in central defence or on the left as he has a great left foot,” recalls Taylor. “His ability on the ball was very under-rated.”

George Burley, who signed him from Wolves in 1997, said Venus gave his side an extra dimension, especially in the Premier League.

Get all the latest odds at Marathon Bet

“Mark was struggling to get a regular game at Wolves,” recalled the Scot. “They wanted Steve Sedgley, and I managed to get Mark plus £500,000, which was a good bit of business.

“He was the one who allowed us to play with three at the back. Mark was on the left. He was an excellent passer and liked to join in play from the back, which was just what I had wanted.”

He certainly brought success. At Molineux, Venus was part of an immortal side, featuring Steve Bull and Andy Mutch, that recovered from financial collapse by climbing from Division Four to the brink of the Premier League.

Significantly, it was where he met Mowbray. It was an unlikely alliance. For all his aggression on the pitch, Mowbray was measured and studious, more apt to pick his manager’s brains than play a practical joke. Venus, on the other hand, was boisterous and ebullient.

“I thought Tony was already looking to get into management,” said Burley. “But I was not so sure about Mark.”

Yet Mowbray saw qualities that Burley missed. “He had a passion and desire for the game and we had an affinity because of that,” he said. “We can talk football for very long periods. We don’t always agree and we have different ideas, but that’s healthy in a football context.”

So, when Mowbray was appointed Hibs manager in 2004, his first call was to Venus.

Since then – first in Edinburgh, then at West Brom, Celtic, Middlesbrough and Coventry – he has been the fire to Mogga’s ice.

Mark Proctor, who worked with the pair at Hibs and Middlesbrough, said: “Mark gets a bit more emotionally involved and you can see that on the touchline. It’s only very occasionally that you will see Tony’s demeanour change.

“Mark is the one who will remonstrate about things and his body language tells you how he is feeling.

“Mark is a big player when it comes to tactical switches or other decisions. He will bend Tony’s ear and tell him what he thinks is needed in any situation.”

If Venus has a weakness, it is in public relations. Invited to stand in for an embattled Mowbray at a Celtic media call in January 2010, his performance was described by the Telegraph as “in turn, confrontational, vague and downright baffling”.

What comes across as refreshingly frank and forthright in a dressing room can be less endearing on TV. As Proctor admits: “When he has something to say, it is straight to the point. Let’s just say that Tony is more diplomatic.”

Venus makes no secret of his approach. “Sometimes Tony can be evolution and I can be a bit revolution.” Right now, that could be what the Sky Blues need.

*This article was originally featured in The FLP on Sunday 30th October.