“I will pay Trophy fine myself” – Jones defends Luton youngsters 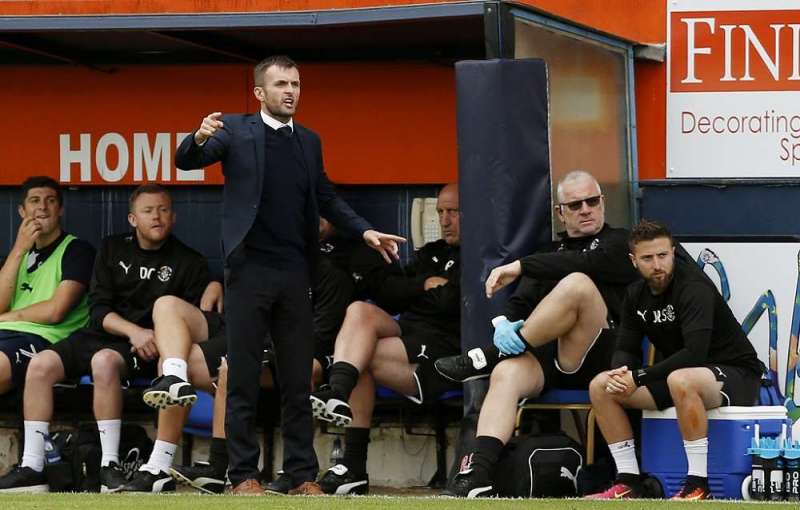 Luton boss Nathan Jones has defiantly said he will pay any fine the club may incur after making 11 changes for the EFL Trophy victory over West Bromwich Albion.

The rules of the controversial new tournament state that League One and League Two sides must play a minimum of five ‘first-team’ players in competition fixtures.

However, the Hatters’ side that took on West Brom’s U23’s contained eight players who were 21 or below.

Jones told the club website: “The Premier League [teams] get to come here, and make the changes they want and develop their youngsters…our youngsters are better.

“If anyone, from Checkatrade, or the league, wants to come and fine us for that performance, and that group of youngsters – then I’ll pay the fine myself, because it would be an absolute disgrace.”

Despite League One and Two sides being made to have five first team players in their side, five who played in the previous league fixture or five who will play in the next league fixture, Premier League U23 sides have less strict rules.

Category One status sides, such as Leicester and Chelsea, for example, have to play at least players under-21, but can choose from their first team as well.

Last season, Luton’s under-18 side enjoyed a brilliant run to the quarter-final of the FA Youth Cup, where they eventually lost to Blackburn, another Category One academy, in extra-time.

“Our youngsters are top of the range. Before we do get fined, send the tape to them [the EFL] and have a look at a group of youngsters going about their trade at an absolute top level.”