Home / Featured / Woods is aiming for the top with buzzing Brentford

Woods is aiming for the top with buzzing Brentford 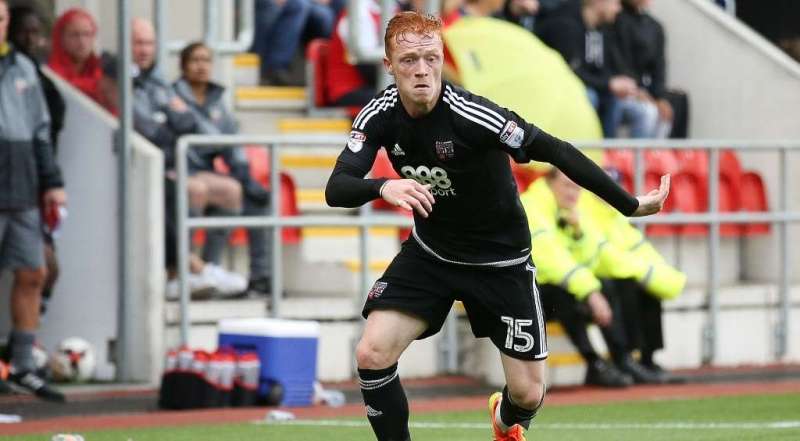 He’s been described by boss Dean Smith as a perfectionist, but Ryan Woods says no-one can afford to cut corners at Brentford.

Though parachute payments cushioned the falls of Newcastle United, Norwich and Aston Villa from the Premier League, Brentford and others have ensured their landing has been far from smooth.

The Bees shocked fancied Brighton away from home and snatched a point at underwhelming Villa, before smashing five past Preston to underline their superb form.

With Huddersfield and Barnsley also making noises in Yorkshire, any talk of a promotion canter for the big-spenders has subsided and, according to Woods, money is no substitute for work ethic.

“It’s down to hard work in training and doing the extra things that maybe the big teams in our division aren’t bothering with,” said Woods.

“We do lots of stuff on our formation and shape and everything we’ve done so far we’ve managed to take into the games.

“Though we don’t have as much money as a Newcastle or Norwich, we have that team spirit in a very good group of promising young players. I’m sure one day many of them will play in the Premier League.

“And why not with Brentford? The way we are performing there’s no reason we can’t be up there at the end of the season.”

At the heart of midfield – and most of their superb displays – has been the workaholic Woods who, with virtually his first touch in a Bees shirt a year ago, made a critical error that led to a Leeds goal.

It may have seemed like the actions of a youngster out of his depth but Woods will tell you that could not be further from the truth.

“I’ve been working my socks off,” he said. “Not for one moment did I think it wasn’t going to happen for me in the Championship.”

The 22-year-old had played only a handful of League One games before being snapped up from Shrewsbury last year.

“One bad moment (like the Leeds error) is always bound to happen. I learned from that experience quickly and you have to. With the pace of the game in the Championship, you have to be strong.”

One man whose strength of character cannot be understated is Scott Hogan after a knee injury robbed the striker of the first two years of his Brentford career.

Having warmed up with seven goals in Brentford’s final seven games last season, Hogan has added another six this term.

“I’m sure if you asked him he’d probably tell you he is disappointed that he hasn’t scored more this season,” said Woods..

“He’s similar to myself in that respect.

“Nothing is really ever good enough and that’s how it should be.”

*This article originally featured in The FLP on Sunday, September 25th.