Home / Featured / Lazaar: I want to become idolised by the Toon Army

Lazaar: I want to become idolised by the Toon Army 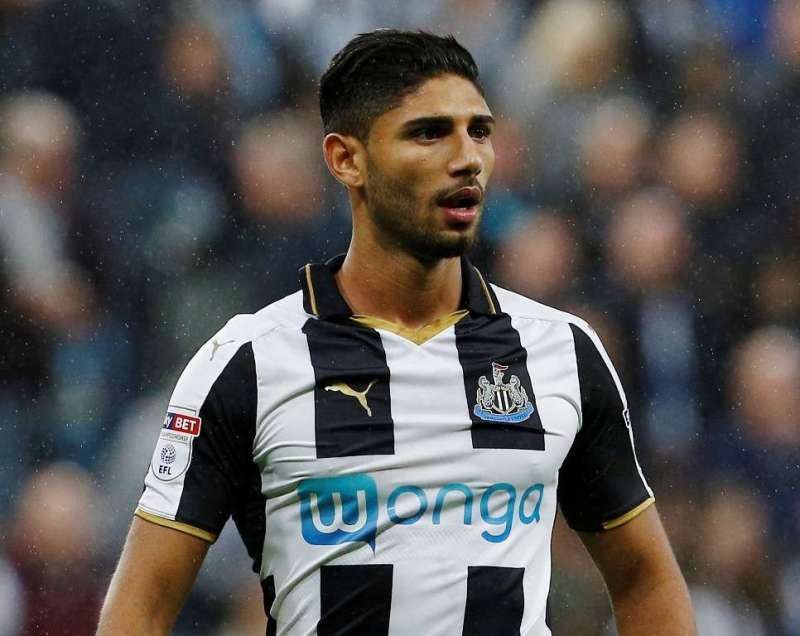 LEFT-BACK Achraf Lazaar made an impressive debut for Newcastle United in their 2-0 home win against Wolves in the EFL Cup third round last week.

Here, Emanuele Giulianelli catches up with the 24-year-old Morocco international:

“I always wanted to play in England: I accepted the Newcastle offer without hesitation. It arrived unexpectedly, while I was evaluating other solutions. I put them aside and accepted Newcastle immediately. They are a great club.”

How was the deal?

“The negotiations, as I’ve said, have been very quick. Rafa Benitez called me on the phone to explain his plans and to tell me that he saw me in his project of building up a winning team. He told me about very important things, concerning the current season in the Championship but even the future in Premier League, where he wants to have, in a very short time, a team capable of reaching the positions close to Europa League qualification. But, for now, we have to work step by step, and the first one will be to do our best to come back to where our supporters deserve to be. This team can reach this target because we have very important players.”

What about your experience in Italy?

“In Italy I’ve grown up as a man, before (being) a player. I arrived there when I was almost a child and I’ve learnt how to face life, how to pick myself up after hard moments. I’ve known how to never give up.”

“Yes, it is a second division, but Newcastle remain a first division club, one of the best clubs all over England. Relegation occurred by accident. These things can happen when a series of unfortunate circumstances pile up. However, it is in that moment that a big club like Newcastle rise again! The team is ready, even if there is a lot to work to do. I can tell, from my experience, that the level is higher than the Italian Serie B and even of Serie A, concerning speed.”

What do you think of Benitez?

“He has worked in the most important clubs of the world, but he is still a humble man. He always helps you. He always stays with the group and works with us, giving us all that we need. He respects his players and it’s a pleasure to me and to my teammates to give our best for a manager like him.”

What about Newcastle supporters? Do you expect a hard season after the disappointment of relegation?

“Supporters of every club all over the world expect big results from their teams. But, despite  relegation, the stadium is always full. There’s never been an empty seat. They are really great supporters. Before the last match,0 I saw all the supporters in the stands: it was an extraordinary view. Newcastle supporters and their stadium put in me a great willingness to play for them!”

Who are your closest rivals in the fight for promotion?

“It’s a very hard league and I think we have to be careful of every club we face. They are all very quick. They always run at their best for all the 90 minutes. If you want to achieve promotion, you have to give a lot, more than your opponents.”

What are your personal goals for this season?

“Going up to the Premier League with Newcastle and becoming the idol of the supporters and this city. Then, in January, I will play in a very important competition, the African Cup (of Nations) with the Morocco national team. I want to give to my country the great happiness of winning the cup. This is one of the pages I’m dreaming about writing in my book: to make the 35 million people of my country happy.”

What did you think about your debut?

“I’m happy to have made my debut and that it ended with a win. I felt really excited.”