Time to close the door on transfers and let my 20 new signings bond, says Drummy 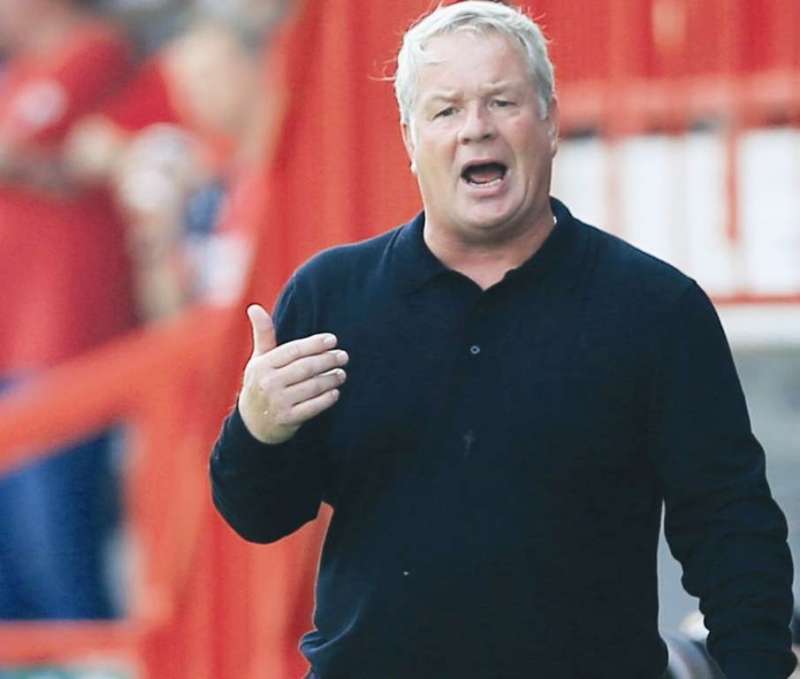 WHEN the transfer window closed on last Wednesday evening, Crawley Town manager Dermot Drummy was entitled to breathe a sigh of relief.

He had, after all, signed an incredible 20 players over three-and-a-half months to reconstruct the Red Devils’ squad. According to the BBC that made the League Two outfit the busiest club in the summer transfer window, alongside League One side Oldham.

Drummy had been appointed in the dying embers of last season, suffering 3-0 defeats at already-relegated Dagenham & Redbridge and mid-table Barnet. It meant a 20th place finish in the Football League basement and time for sweeping changes.

“Myself and my assistant Matt Gray had to get working straightaway,” said Drummy. “Matt has a wealth of knowledge of different levels of the game and had a lot of players on his list.

“Between us, we’ve brought in 20 players and I’m really happy. If I can’t work with them, there’s something wrong.

“We have put so much time into recruiting and I’m just glad the next phone call isn’t going to be someone asking if we need a player!

“Everyone is in now and I can shut the door, and let the players bond.”

With so many new signings, there is always a danger that not all will be up to the level required but Drummy, a former Arsenal and Chelsea youth coaching specialist, has been delighted with what he’s seen so far.

“I’m happy with everyone I’ve signed,” he said. “I’ve been pleasantly surprised with what I’ve seen so far. Sometimes the team have tried to play out from the back and we’ve been pressed – it hasn’t been perfect, but we’re getting there.

“It was always going to take time and attacking-wise there’s a lot more to come. The idea is for the players to play what they see. I want us to play through midfield and the players to use their football intelligence – I’m against the percentage ball to a zone.”

Having worked with the cream of the country’s players, it’s no surprise the 55-year-old wants his side to play attractive football and he’s positive it can work in League Two.

“I’ve been impressed with the standard and there are teams that get the ball down and play,” he said. “As for ourselves, we’ll see where we are in December and set a target.

“For now, we want stability and to make sure of our League status. If the squad is performing well and in the top half in December, we can make a push.”

And in the New Year, Drummy can think about new signings…