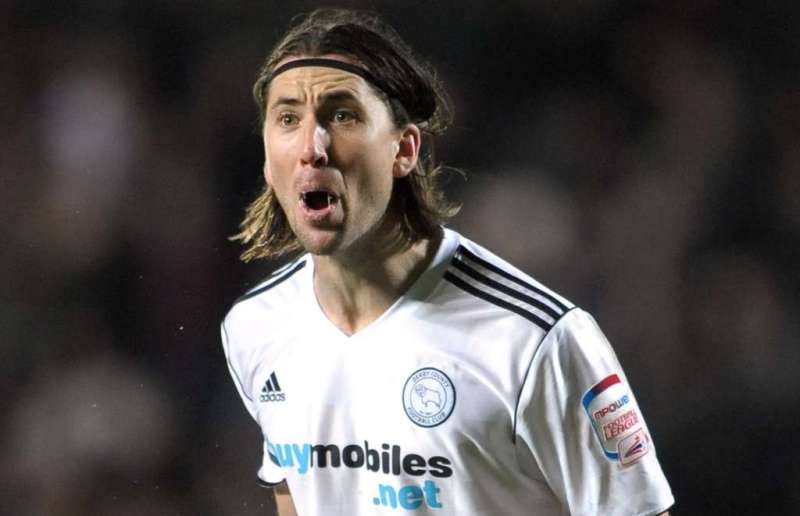 LAST FRIDAY was almost a normal footballer’s day for Shaun Barker. There was training, physio, a chat with the manager, banter with the lads; he’s becoming part of the scene at Championship new boys Burton. And that means he’s tantalisingly close to one of the greatest injury comebacks of all time.

Barker has been out of action since before the London Olympics, yet he’s never given up the dream of playing again. Now Burton boss Nigel Clough has spoken of his strength of character and leadership skills, on and off the field, and talked of a possible contract – if he can prove his fitness.

Privately, ‘Barks’ had targeted an emotional return in next Friday’s home game against his old club Derby County, and a possible place on the bench. That won’t happen, but what’s a couple more weeks when you’ve been out for four-and-a-half years?

Barker’s journey, from bed-ridden invalid to the brink of a playing return, is a story of unshakeable optimism and positivity. “It’s my ego,” he says. “I don’t like losing at anything. I’ve never said I can’t do it.

“I’m an ultra-positive person. Negative things are just challenges to me and I’ve actually enjoyed the physical and mental process.”

The truth is that he has put himself through torture – and still is – to strive for one last taste of the professional game. It’s ironic, because he never wanted to be a footballer in the first place.

He explains: “I wanted to go to university and enjoy the student life. I liked school, particularly creative subjects like art, media and music. Football was something I did for fun with a few mates on Saturdays and Sundays.”

However, he was spotted by Rotherham United and eventually offered his first contract. “Some of the other boys were devastated when they didn’t get an offer. I was devasted because I did! I knew it was a great opportunity, every boy’s dream, and I knew I’d have to take it. But I didn’t like the football business, the ruthlessness or the way people spoke to you. It wasn’t my natural environment.”

“My first-team debut, Brighton away.

“I was nervous, we lost 2-0, but being out there, playing in front of a big crowd, the pressure…it’s better than you could ever imagine.”

Shaun, 33, moved to Blackpool and was Player of the Year, then repeated the feat at Derby, where he was club captain. Then, on March 13th 2012, in a televised game against Nottingham Forest, his right knee was destroyed in a defensive collision.

Like any long-term patient, Barker can reel off his medical casebook with the ease of a seasoned physician. But to keep it simple, his knee disintegrated as though he’d been hit by a truck, severing connections between his upper and lower leg. One side of the joint is now synthetic, the other held together with parts extracted from both hamstrings. 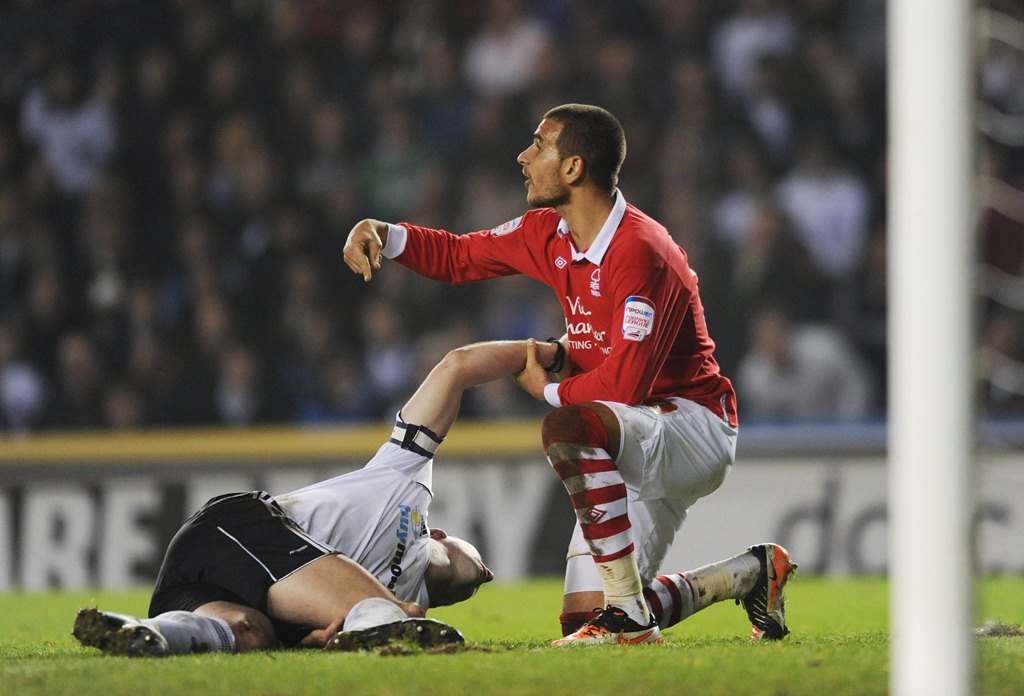 For three months after the accident he was bed-ridden, then on crutches and “in agonising pain.” The first 18 months were about regaining a normal life; all the subsequent steps were to rebuild the footballer…five operations, each followed by 12 weeks of tough-love recovery. Getting well has been a full-time job, nine to five, six days a week, a constant and painful toil of exercise and various torture machines. He’s had injections to drain away fluid 25 times, and still starts every day with a session of electric pulses to stimulate muscles.

It would be natural to hear of dark days and depression, but he speaks only of pride, determination and inspiration, like the time he appealed to fans for music to accompany his rehab.

“I have about 2,000 vinyls,” he says, “and one couple asked me to accept 400 records that had belonged to their late son, who had died quite young. Apparently I was his favourite player. It turned out to be a wonderful collection after my own taste. Hendrix, Sonic Youth, Rage Against the Machine etc. I played them 12 hours a day.”

He’s also quick to emphasise that there are many people facing far greater difficulties than his own physical battles. His parents fostered almost 200 children while he and his brother and sister were growing up.

“I loved that family life. It could be mayhem in the house, never knowing what might happen next. One day it could be relaxed and happy, the next the police would be round.

“We had all sorts, from babies to teenagers,” he recalls.

“Some children were autistic, some had Asperger’s, there were problems with drink, drugs, family issues. There were always unexpected turns and we all grew up fast –it changed our outlook on life.”

He has continued that work by establishing the Shaun Barker Foundation, a charity for underprivileged children in Derby, focusing on Arts and Culture, Social Care and Sports in the Community. He’s also working with various organisations to promote events in the city, including music – and is involved in a clothing design venture; “back to things I would have done without football,” the defender says.

There’s one flash of disappointment in Shaun’s sunny outlook – his release by Derby at the end of season 2014-15.

“Steve McClaren never thought I’d be back, but I still had a lot to offer,” he says ruefully.

He may yet prove the point, a few miles down the road.

*This article was originally featured in The FLP on Sunday 21st August.