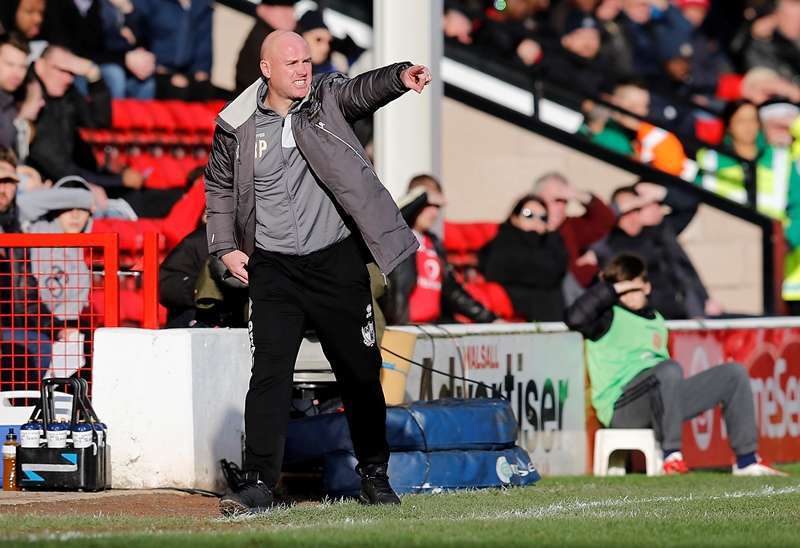 ROB Page achieved plenty in a lengthy playing career – and leading Port Vale into the top half of League One this season as a boss is right up there, too.

Heading into the weekend, the Valiants were lying 12th in the table, eight points off the play-offs with half a dozen games left to play. Yet before a disappointing Easter weekend which saw them pick up just one point from six, they were flirting with the play-offs.

That now looks highly unlikely, but a mid-table finish would still be a mighty fine result given the circumstances. Page’s budget was cut last summer and then the club were rocked by chairman Norman Smurthwaite’s decision to put the club up for sale in early December following a dismal FA Cup defeat at League Two Exeter City.

Amid that backdrop, Page and his new recruits dug deep to keep Vale on the cusp of the play-offs for so long against clubs with much greater resources.

Okay, finishing mid-table may not have the glamour of a title or promotion charge, but it’s all about context. Last summer the bookies, who tend to know a thing or two, ranked Port Vale among the favourites to be relegated.

Indeed, one ante-post coupon I saw had Port Vale as bottom of the pile, along with Colchester and Crewe – and look where they are in the table…

Former Watford stalwart Page said: “I had to have a bit of a clear-out in the summer, but it was also my first opportunity to bring in the players I wanted.

“When the club was put up for sale, that was a turbulent time for the group of players. They had to stay focused and concentrate on the pitch, and they did that.

“They didn’t let it affect their performances and gave us an opportunity of the play-offs until the end of March. In the main, I’ve been really pleased. We were expected to be in the bottom three or four, so we’ve surprised a few.”

If there is a regret, it’s that Exeter defeat in the Cup – Vale missed out on a plum tie against Liverpool in the third round because of it. The Grecians made the most of it, drawing against the Reds at home before losing in the replay at Anfield.

“Playing against Liverpool would have been a great experience for the players and it would also have been important from a financial point of view,” said Page. “The FA Cup gives the lower division teams the opportunity to play against the big guns and it was the manner in which we lost that was disappointing. After that we had to re-focus on the league and everyone did that.”

With a year-and-a-half under his belt as manager now, Page is almost due a long-service medal given the way bosses are hired and fired these days. But with another year left on his contract, he’s eager to keep taking Port Vale forward.

“It’s about a long-term plan and we need to build on what we’ve done this season,” he said. “It’s about getting the recruitment right – but first we want to finish this season strongly. We want to win as many games as we can and if we finish top half it would be a great season. In the next two to three years I would like to push for promotion.”

Some cynics will suggest that is a big ask, but Page has already shown in his playing career that he knows how to take big strides forward. 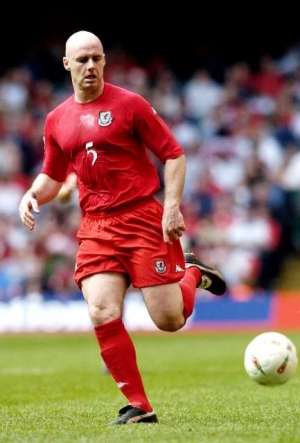 In a playing career of almost two decades at Watford, Sheffield United, Cardiff City, Coventry City, Huddersfield Town and Chesterfield, the 41-year-old captained a team and scored a goal in all top four divisions of English football.

He came through the youth ranks at Watford and that was where he spent the greatest chunk of his career. He was a key man as the Hornets earned successive promotions in the late 90s to climb to the Premier League under the management of club legends Graham Taylor and Kenny Jackett.

It’s not surprising that Taylor and Jackett are two of Page’s biggest influences as a manager.

“Graham Taylor was one of the best man-managers I’ve known and he was doing things 20 years ago that people earn fortunes for doing now,” said Page. “Kenny was a big influence when I was in the youth team and I progressed though the club with him.

“I’ve taken things from them as a manager – sometimes I can see myself doing what Kenny and Graham did.”

But it wasn’t just in club football that the centre-back made a name for himself. He also made 41 appearances for Wales, captaining them in a 2-0 win against Hungary in 2005, Craig Bellamy scoring twice.

“It was a fantastic highlight in my career to be captain,” he said. “It’s an absolute pleasure to play for your country and I was lucky enough to play in the last game at the Arms Park and the first game at the Millennium Stadium.

“I played alongside Chris Coleman and he’s done brilliantly to get Wales to the Euros. Fingers crossed they’ll do well.”

How about Page’s own ambitions for the future? “You have to have ambition and try to be the best you can be. To manage in the Premier League would be a dream, but I’m focused on the here and now. I would love to get this club promoted.” Don’t bet against him…