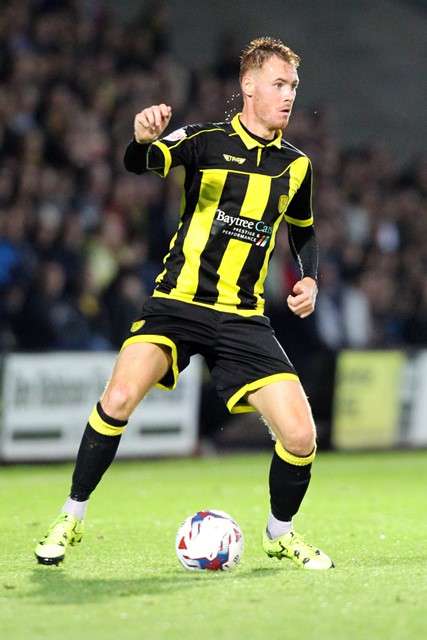 Tom Naylor has praised Nigel Clough’s calming influence on table-topping Burton Albion, four years after he was plucked out of Non-League and launched into the Championship by the ex-England striker.

Many fans and pundits alike thought that, once Jimmy Floyd Hasselbaink had announced his departure from the Pirelli Stadium in favour of a switch to QPR, the wheels could fall off The Brewers’ League One promotion push.

With stability needed to keep them on track, Naylor feels the ship has well and truly been steadied by the return of the manager who signed him from then-Conference club Mansfield when he was boss of Derby County.

The Rams had lured Clough in January 2009 with Burton on their way into the Football League.

“In training the week before the game, Jimmy was so focused on replicating match situations,” said Naylor, 24.

“The moment he went, it was a shock on the one hand, but on the other hand we knew he was going.

“The new gaffer came in and said from day one he didn’t want to change things.

“He knows the club inside out and we all agreed at a team meeting to keep things the same.

“Since Hasselbaink left, we’ve lost only one game, so it proves we are doing what we set out to do.”

When the news filtered through to the training ground that it would be Clough taking the reins, Naylor fielded a lot of questions about the appointment due to his past relationship with the 49-year-old.

“The boys asked me about the gaffer and I told them how he is around training and around matches and his personality,” said Naylor, who started his career as a centre-half or right-back but has found a home at the heart of Albion’s midfield this term.

“He brought me to Derby from Mansfield, which I’ll always appreciate, and since he’s come back to Burton everything has been going really well.

“I know how he works and, hopefully, I’ve matured a lot since the Derby days and he can see that now.” 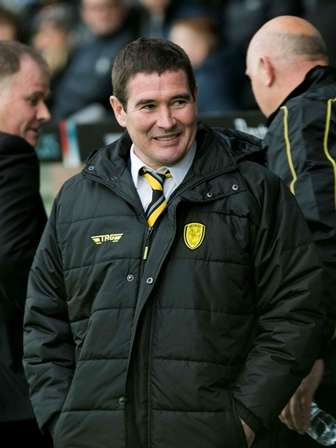 After notching a crucial winner in Burton’s 1-0 victory on the road at Peterborough on Tuesday, Naylor is loving life in Derbyshire after joining the club permanently over the summer.

He said: “You look at my loan moves since I was at Derby and they are mostly in League Two. I’m just grateful I got the Burton opportunity.

“It was absolutely the right decision to leave as it’s only half an hour from home. Then I got established in the side and we went on to win the league.

“There were no questions for me when the gaffer wanted to make it permanent. I love the club, the boys are great and I want to keep flying high at the top of the league.

“I’ve got a new role in front of Robbie Weir and I love it, breaking the play up and getting forward as much as I can.”

With expectations rising week by week, Naylor and Co are keeping their feet firmly on the ground as they look to keep their run going.

He believes that, unlike their rivals, the Brewers have a unique attitude to the way they go about their business – something that could be key come May.

“The boys aren’t really looking at the Championship right now,” he said.

“We’re just taking every game as it comes and adding up the three points.

“I just think we do it differently at the club. The chairman Ben Robinson is different, but he does it in the right way. He doesn’t bring in people we don’t need on big wages.

“A lot of the players in the changing room who have signed for us have seen what the club is about, and know we’re going places.

“We’ve been to Wigan, Coventry, Gillingham and Peterborough and won, and we’re not afraid of anyone.

“We have the right players to do our League One season justice and we’re top of the league because we know how to play with each other.”

*This article was originally published in The FLP on 31 January.