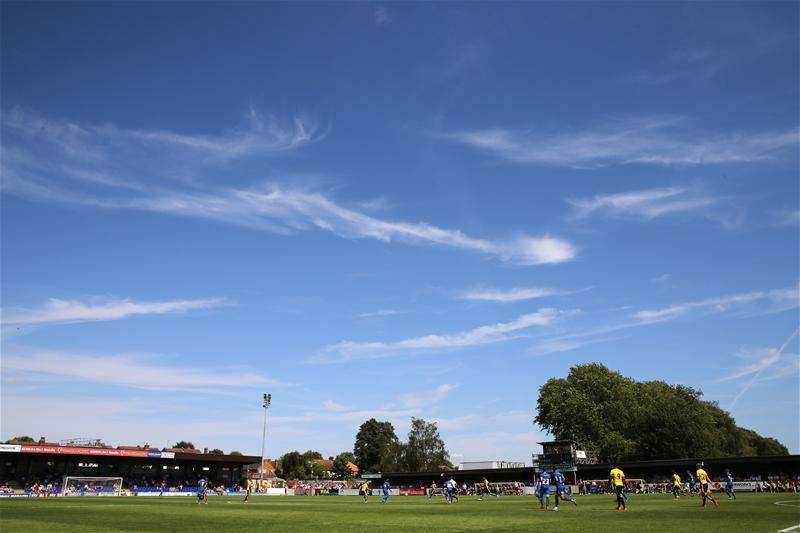 AFC Wimbledon are a step closer to building a stadium of their own after Dons Trust members voted unanimously to sell their lease of Kingsmeadow to Chelsea – which could generate £2m for the club.

Twelve months ago Wimbledon lodged their planning application with Merton Council for a 11,000-seater stadium, with grander plans for leisure and commercial centres, and a capacity increase to 20,000 to also be established as the team ‘progress up the Football League’.

In their vote last night, a turnout of 1,949 members authorised the sale of the club’s lease with a 98% landslide in the second round of voting.

The Premier League champions want Kingsmeadow to be their matchday base for their academy sides and women’s team once the Dons move into their prospective new home in 2018.

Commenting on the outcome, Dons Trust chair Matthew Breach said: ‘The successful vote on the stadium sale is an important milestone in helping to return AFC Wimbledon to its spiritual home in Merton.

“On behalf of the Dons Trust Board, I would like to thank our members for voting in such large numbers and for backing our proposals so unambiguously.

‘There is still a lot of work to do to deliver a new stadium but the outcome of the vote shows the overwhelming support among Trust members and the club’s fans for having AFC Wimbledon play where it belongs, back in Merton,’ said Breach.

Club Chief Executive Erik Samuelson added: “On behalf of the football club, I congratulate the board and membership of the Dons Trust for so clearly showing their determination to return AFC Wimbledon to Merton.