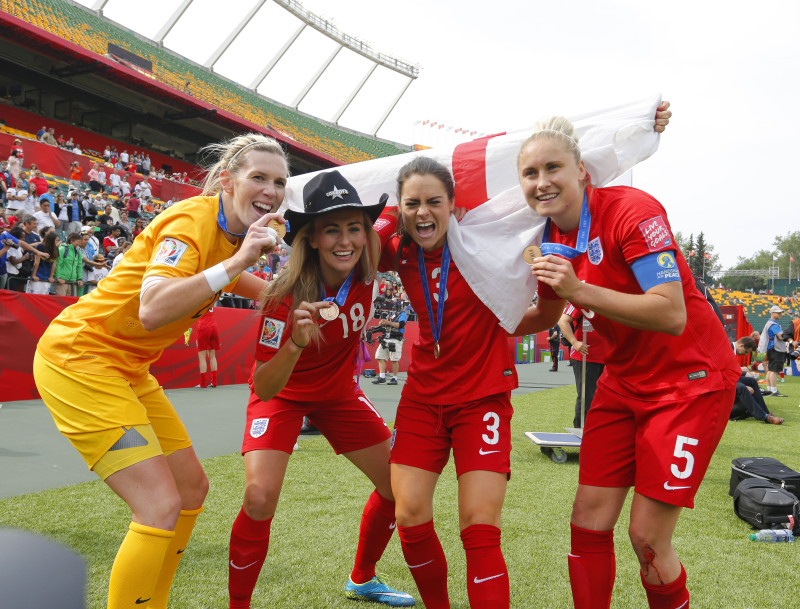 The growing popularity of women’s football is to be reflected by The Football League Paper becoming the first newspaper to devote a weekly pull-out to the female game.

Mark Sampson’s national team captured the country’s hearts this summer in becoming the first England team to reach a World Cup semi-final in 25 years, before losing to Japan.

Crowds at FA Women’s Super League matches have been on the rise since the Lionesses’ return from Canada, with new fans hooked and records broken.

Greenways Publishing will give star match treatment to the FA Cup final between Chelsea and Notts County at Wembley in their Sunday, August 2 edition of The Non-League Paper, before its sister publication, The FLP, returns on August 9 with EIGHT pages on the women’s game.

It will feature interviews with star players and coaches, a guest column, big-match previews and reports, all the previous seven days’ results and tables and upcoming fixtures in one weekly publication like never before.

Editor-in-chief David Emery said: “We believe the women’s game deserves specialised coverage just as much as the men’s game. We are delighted to offer that as part of our unique mix of football news and reports.”

Deputy editor Stuart Hammonds added: “The two-and-a-half million of us who stayed up into the small hours to watch the England team, then woke a few hours later hungover on disappointment, tells you there is a growing appetite for the women’s game.

“The level of technical ability and entertainment on show in Canada proved how far women’s football has come not only in this country, but across the world.

“The players and coaches have great stories that football lovers haven’t had chance to read on a regular basis until now, and we aim to deliver them on a national scale like never before.”