Home / Featured / Kneesy does it for Southend boss Phil Brown

Kneesy does it for Southend boss Phil Brown 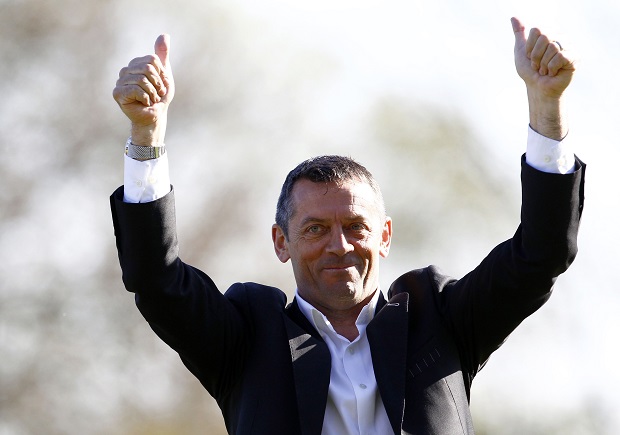 HE’S 55 with knackered knees and has never run more than 13 miles in his life. But considering he was schooled by Brendan Foster and learned the tricks of the trade from Steve Cram, today’s Virgin Money London Marathon should be a doddle for Southend boss Phil Brown.

The former Hull and Preston boss was a pupil at St Joseph’s School in Hebburn where Foster, now 67 and a BBC commentator, taught chemistry in between winning Olympic and European medals for Britain.

And during his playing days at Hartlepool, Brown would make the short trip across South Tyneside to see his good mate and triple world record breaker Cram work on his speed.

“Yeah, I’ve had some pretty good influences,” laughs Brown. “I was in Brendan’s class and it was during that time in the 1970s and ’80s when he was right at the top of the tree.

“He did 5,000 metres, 10,000 metres. And he used to absolutely decimate world class fields with four or five quick laps.

“People used to say ‘He won’t beat him, he won’t beat this guy’ but he did – he always found a tactic to destroy international class runners. Watching him pull out these 60-second laps right in the middle of a race was brilliant to watch.

“He had an incredibly strong mind and I think he passed a little bit of that on to me. He taught cross country which I did three or four times a week, followed by a race at the weekend. That’s probably the reason I’m still going at 55! 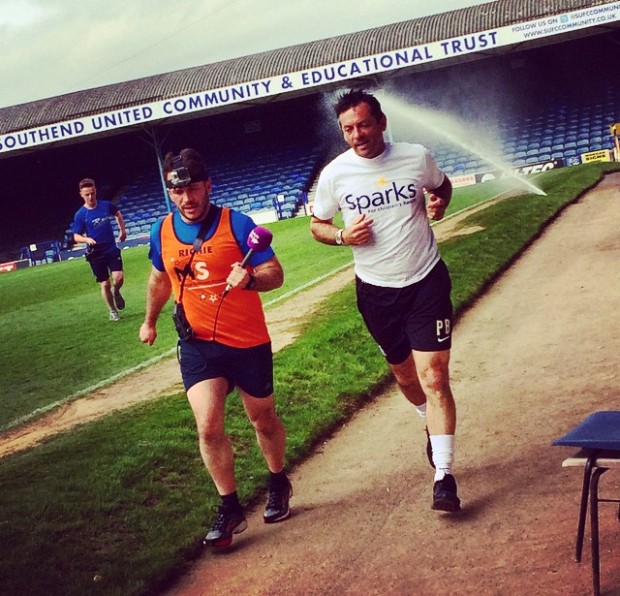 “Aerobically, he had the capacity to run 800m to an international standard the same as everyone else. But he knew he could work on the finish and that’s what he did. Like Brendan, it was unbelievable to see the way he could break a race down.”

So will Brown be doing the same today?

“I’m just more likely to break down,” he chuckles. “I’ve done a lot of beach training, a lot of swimming and work in the gym – anything that will improve me aerobically and keep the weight off my knackered knees. I’ve not been pounding the streets but I’ve done enough.

“I don’t want to let anybody down. I’ve got a lot of sponsorship money coming in and, by hook or by crook, I will be crossing that line.”

Brown is raising cash for two charities which are close to his heart. One is Sparks, which raises money for children born with terminal or life-long conditions.

The other is the Amy May Trust, a charity to fund the treatment of Amy May Shead, the niece of Southend chairman Ron Martin who was left fighting for life when her nut allergy caused a cardiac arrest.

“She was in a restaurant in Budapest and handed the chef a translation of her allergy,” explains Brown. “But the first bite she took, she went into anaphylactic shock. She had a heart attack and had to be revived but the blood supply to her brain was cut off.

“She was airlifted back to England but now she is essentially paralysed. She can’t move, she can only communicate by blinking – it’s like locked in syndrome. She was such a bubbly character and to see her now is awful for the family.”

And Brown, whose Southend side remain in the hunt for automatic promotion from League Two, can count on more than just the Martin family for ‘support’.

“I think quite a few of the lads are coming down,” he says. “And it won’t be support they’ll be giving me –it’ll be stick. But I’ll get them back in pre-season.”

*This article was first published in The Football League Paper on Sunday, April 26*