Home / Featured / Bamba in tune with the fans

Bamba in tune with the fans 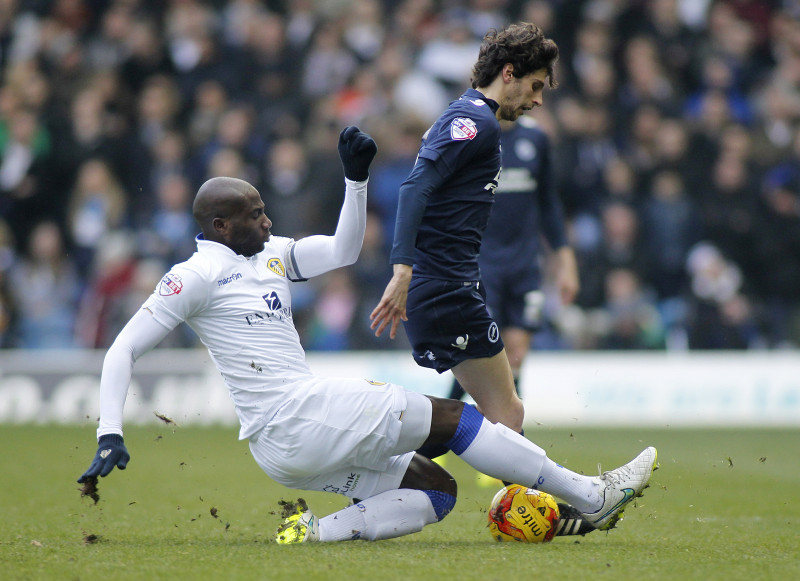 SINCE the turn of the year original crisis club Leeds United have gone from being relegation-threatened to strolling comfortably through the meadow of mid-table solace.

And imperious centre-back Sol Bamba is desperate to make his short-term switch to Elland Road more permanent and take the club on to the next level.

The 30-year-old joined Leeds on loan in the winter transfer window from Palermo – just months after agreeing a three-year deal with the Serie A club.

Bamba’s career with the Rosanero has never got out of the blocks, having played just one league game, yet by stark contrast he has been a sensation in west Yorkshire.

While fab four Alex Mowatt, Lewis Cook, Sam Byram and Charlie Taylor have taken most of the recent plaudits, Bamba has gone about his business so astutely he feels like part of the furniture.

And, rather than focus on making a success of his time in Italy, Bamba has revealed he has his heart set on swapping the Palermo pink for the United white permanently.

“I really hope I’m going to stay,” said the Ivory Coast international. “I enjoy it here, the lads, the city and everything has been good. Hopefully we’ll sort something for me to stay.

“I’m contracted to Palermo for another two years, but I’ve been speaking to people at the club and I don’t think they will make it difficult for me to leave.

“I like that there are a lot of good young players here and I think that I can help them with my experience. I’m 30 now and at this stage of my career I want to settle.

“This is a big club, so if I can stay here for another two or three years it would be great.”

There is an unfamiliar air of calm about Elland Road at the moment, that may well coincide with the fact chairman Massimo Cellino is temporarily out of the picture.

Years of financial insecurity, multiple changes of ownership – not to mention managers – plus play-off final defeats and relegation seem to be a thing of the past.

And while the going is good, Bamba wants his team to end the season at a canter to ensure they hit the ground running next term, whether he is there or not.

“At the moment the mood is good,” he added. “When you have a result on your side it is always good. We want to finish strongly so we can be ready for next season.

“There is a great togetherness here with all the lads. We hate to get beaten and we want to keep going like that until the end of the season.

“This is a massive club and we can’t let it down. The support we have is unbelievable. I’ve never known that before. The crowd is the reason we have to get a result.

“We’ve got a job to do. It’s about winning games and being ready for next season. It doesn’t matter what happens and who stays or goes, it is important to finish strong and be in a good mindset for the start of next season.

“It’s good to have the summer with your family and have a rest and then when you come back you are ready to go.”