I don’t want to fin-Ish Blackpool off, says Miller

Posted on February 19, 2015 by admin in Featured, Skybet Championship | 0 Comments 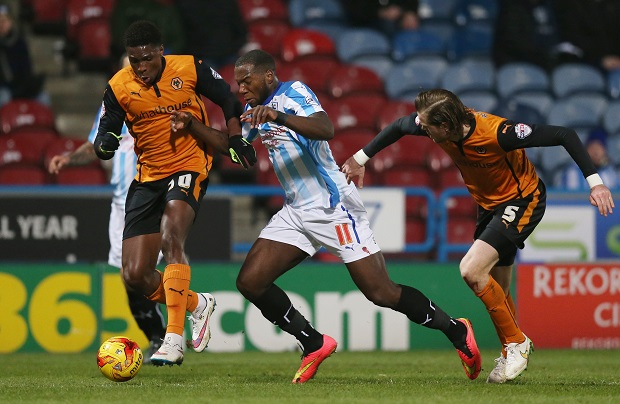 ISHMAEL Miller escaped the madness of Bloomfield Road after a tumultuous six months at Blackpool, but admits it would break his heart to score the goal that relegates them to League One.

Miller joined the Seasiders on a one-year deal in August, with an option of a further 12-month stay, becoming only the club’s ninth registered player just four days before the season began.

Blackpool supporters and thenmanager Jose Riga were at loggerheads with chairman Karl Oyston over the astonishing preparations to the new season and the situation remains tempestuous even now, despite current boss Lee Clark having a full complement of players to choose from.

Miller is no longer one of them, having joined the Chris Powell revolution at Huddersfield Town on transfer deadline day.

But with the Terriers set to take on his former club on the final day of the season, Miller admits he would not relish potentially putting the final nail in their coffin.

“It could be difficult to play against them on the last day of the season. In a dream scenario they will be safe and we will be in the play-offs and I won’t have to score a goal that sends them down,” said Miller, who last turned out for Blackpool in their 7-2 defeat to Watford last month, leaving them rock bottom of the Championship.

“It was a great relief to get out of Blackpool. There was so much going on there, we were always in the news and I’ve never been through anything like that before as a player.

“I’ve got real sympathy for the manager and the players, because there’s talent there and a desire to do well.

“I wish them all the best and hope things improve because it is a good club. There are some good guys there in general, so hopefully they will start to pick up a few points.

“For me, I just want to be back playing football with a smile on my face, because if you’re happy that will bring the best out of you. Hopefully that will happen quite quickly and everything else falls into place.”

Huddersfield are the eighth club to be added to Miller’s CV, largely due to a spate of loan spells since joining Nottingham Forest from Premier League side West Brom in 2011.

The second of his loan spells with Yeovil ended acrimoniously, after he walked out of a team meeting, while he made little impression during a season at Middlesbrough.

But the 27-yearold is now keen to get settled and ensure Huddersfield is not merely the latest club on his whistle-stop tour of the Football League.

“My goal is to make this my home,” he added. “It’s been a few years since I’ve left West Brom and it’s just not quite worked out for me at certain clubs, but hopefully it will this time. It would be good to get settled here.

“I learnt about Huddersfield’s interest about ten days before it all went through and it’s a great opportunity for myself.

“I knew Radoslaw Majewski from Forest and played with Joel Lynch as well, but when you get to my age you realise having to walk into an unfamiliar dressing room is part and parcel of moving clubs. I don’t get intimidated. You get familiar with the lads quite quickly once you’ve started training.”