Posted on November 28, 2014 by admin in Featured, Skybet Championship | 0 Comments 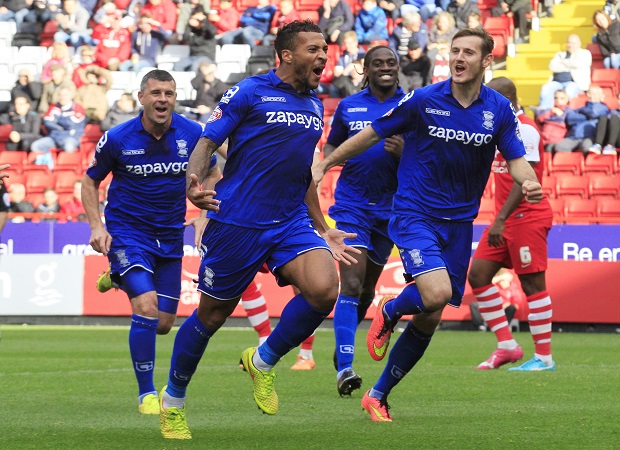 MAKING the jump from League One outcast to Championship regular sounds like a dream ticket – but David Davis is still trying to figure out why he was cut adrift by Wolves.

At Birmingham he’s fast becoming central to Gary Rowett’s revolution – and is eager to help lift the gloom in the West Midlands.

Davis was with Wolves during their doomed Premier League season in 2012. The midfielder went on loan to Inverness Caledonian Thistle and Chesterfield before being thrown back into the fray at Molineux as Wolves hurtled towards relegation.

Then 18 months of regular action came to a juddering halt last season, with new Wolves boss Kenny Jackett selecting him just twice after the New Year.

Davis made the short hop to Birmingham over the summer and, in his absence, Wolves are motoring in the Championship after promotion from League One.

The 23-year-old insists he hasn’t scratched Molineux off his Christmas card list – even if he’s still wondering where it went wrong.

“I thought it was unfair,” he says.“But I was professional and got on with it. I wanted to take my chance whenever it came.

“Some managers look at someone else instead of you. I had to accept it and train really hard to make sure I was ready to be called upon.”

Davis, who joined Wolves in 2008, added: “I was due to go on loan to Barnsley but there was a breakdown in personal terms.

“It was not on my side, because I didn’t want to be out of football for six, seven months – I just wanted to be playing.

“No matter how much a player earns they want to be out there doing what they do best, and even though I’m still only 23 that’s all I’ve ever wanted to do.

“I don’t look back with regret because when I was playing I always gave a good account of myself.

“I was in and out of the team and there were a few managerial changes, which can sometimes make for a hostile environment.

“But I’m friends with a lot of the lads, they’re the people I’ve grown up with through the academy, and I had some good times.”

Davis has a job on his hands to prevent a quick return to League One after Birmingham’s turbulent start to the season.

But Rowett has wiped the slate clean since arriving at the Blues and, according to Davis, the tidy-up started straight after Bournemouth’s 8-0 rout at St Andrew’s.

The hammering came in the aftermath of Lee Clark’s dismissal last month as Birmingham plunged to their lowest ebb.

It was the Blues’ worst home defeat in their 139-year history – and Davis believes no manager would have been able to re-assemble that wreckage unless the players took it upon themselves to help the rebuilding.

“It was not something to be proud of, it was embarrassing for everyone involved and everything that could have gone wrong went wrong,” added Davis.

“You look back and say it was waiting to happen before the new manager came in and it was a wake-up call – we knew it was unacceptable.

“We had a meeting before Gary Rowett arrived to talk between ourselves as players, and though we’d been poor we knew it wasn’t a hopeless situation just 11 games into the season.

“It was ultimately the players’ fault. The manager can pick the team but the games are played by us.”

That dismal day has faded in the memory, however, with the Blues picking up five points in their first three games under Rowett and, surprisingly after being picked off so readily by the Cherries, conceding just one goal.

Davis has played every minute of those games – including a 0-0 shut-out of his old club, Wolves.

He continued: “We wanted to make that fresh start and we’ve done that so far. We all had five days to show the new manager what we could do before the first game and he’s put his faith in me.”