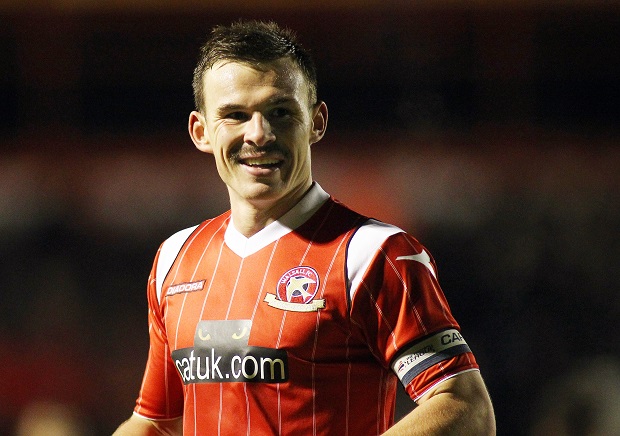 The Saddlers have not won a League match without Butler in the side since November 2010 and began the season without a victory in their opening six games, following his departure to Sheffield United.

But Smith’s SOS to Bramall Lane was answered and, just days after Butler arrived back at the Banks’s Stadium on a month’s loan, Walsall kick-started their season with a 3-1 win over Preston last Saturday. The former Saddlers skipper, however, puts the change of fortune down to team work.

“I don’t think I bring anything special,” he said. “The team put in the effort. I’ve not missed many games over the years, which I guess is the reason why I’ve been on the winning side so often.”

Butler left Walsall with a heavy heart after growing tired of his commute from Yorkshire and consequently spending hours away from his family.

The former Scunthorpe and Huddersfield defender is back to driving four hours a day on the M1, but insists every minute is worth it having failed to nail down a regular first-team place since his switch to the Blades.

“When you are playing games you have a smile on your face, so that keeps me going through the journey,” he said.

“There are a couple of us that travel down in the car together, I pick up James Baxendale en route and we have a coffee and a chat. When you play football you want to be happy.

“I didn’t play many games at Sheffield United and I didn’t want to be stuck in the stands. So as soon as I found out Walsall were interested there was nothing to even think about. The gaffer hasn’t changed in the time I was away, so it was easy to slot straight back in.”

Butler turns 31 in November, but has no intention of leaving the pitch once he has hung up his boots. A qualified referee since 2010, he admits officiating encroached on his game so much that his manager had to remind him playing comes first.

He is currently trying his hand refereeing Sunday league matches in Doncaster and says wearing black has made him more appreciative of his Football League peers.

“Since qualifying it has definitely changed how I interact with referees,” added Butler. “In life you don’t want anyone screaming in your ear, it’s the same on the football field.

“I used to get booked for dissent, but I haven’t been in the last four years. A calm chat with a referee to get more understanding of a situation is always best.

“Referees speak to me in games and I have tried to take on board little things.

“People have often said ex-players would make the best officials, but everyone has worked their way up from Sunday leagues to the Football League, so I think you can argue a case both ways.

“Every referee is qualified and has years of experience behind them once they have got to the Football League. The difference is it is easier for those that have played to spot when a challenge is malicious or not, or maybe whether an advantage should be played.

“I do watch games back and look at the decisions and what I would have done. Refereeing is what I want to do.

“Coaching courses are quite full at the moment, but not many people are doing refereeing.

“For now though, I’m completely focused on my football.”