Posted on September 18, 2014 by admin in Featured, Skybet Championship | 0 Comments 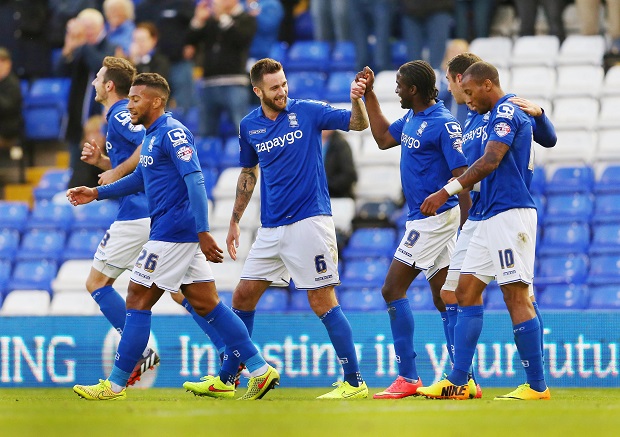 DAVID EDGAR may be a Canada international, but his Newcastle roots have helped him settle on these shores at Birmingham under Geordie Lee Clark.

The former Magpies defender has been an instant hit with the St Andrew’s faithful and was voted the club’s player of the month for August, as he helped marshal the team to only one defeat from their first five games.

Desperate to avoid a repeat of last season’s struggles, boss Clark bolstered his squad with 13 new faces this summer – including Edgar.

And the 27-year-old, son of former Newcastle keeper Eddie, believes it is testament to Clark that they have managed to gel so quickly.

“The manager got everyone in for the start of pre-season and I think because of that, we made a strong start to the season and produced some good performances,” he said.

“I feel like I have had a good start and got a good opportunity here. I need to maintain that level of performance though and give the manager a selection headache.

“Lee Clark knows what I’m about. I jumped at the chance to come here when I knew he wanted to sign me.”

It does not get much worse than going into an international break on the back of a 4-0 drubbing, but that was what faced Edgar.

And Birmingham’s defeat at Wigan was still very much on the mind of the former Burnley defender when he flew across the Atlantic ahead of Canada’s friendly with Jamaica.

A goal in Toronto to help Canada win for the first time in 17 matches soon lightened his mood however, and, now back in the second city, Edgar believes Blues can prosper.

Kitchener-born Edgar said: “We got a disappointing result against Wigan, which was bad timing because it’s never nice going into the international break on that note. But it’s a long season and I know we have got the players in the squad to do well.

“If we finish mid-table I think we would be quite happy with that, but you never know in this league. If you can put a little run together then you can be in and around the play-offs very quickly.”

While keeping a close check on events in the West Midlands is Edgar’s prime priority, the defender admits he takes pride in seeing how football is growing back home.

And he hopes the next generation of budding footballers will not have to overcome the same obstacles he did in order to fulfil their dreams.

“I played as much as I could growing up, but it was difficult,” he adds. “I was part of a development programme in Ontario, but I was lucky to go to Newcastle when I did.

“Virtually all of my family are Geordies and I came over when I was 14 on their scholarship programme and lived with my grandmother.

“I didn’t really think about what a big deal it was for a 14-year-old to live abroad without his parents. But football is getting more popular in Canada and with that will come more opportunities for kids.

“There are three teams that play in the MLS, you’ve got Jermain Defoe playing for Toronto but there is always room for improvement.

“Football is massive in America, especially after the World Cup. We want that in Canada now, we want to see our kids developing and playing in our national league, not feeling as though they have to go abroad.”